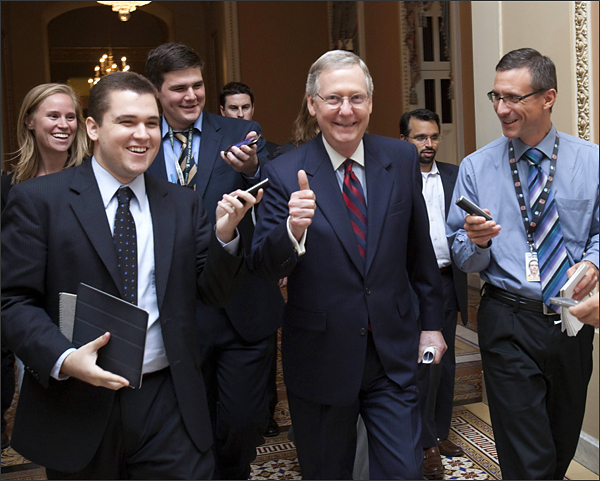 President Obama is damned if he does and damned if he doesn’t.  This has been his legacy since he first came into office.  His first act as President set the precedent.  The bottom had fallen out of the housing market, plunging the world into economic turmoil.  Following the example set by a previous president, Herbert Hoover, in a similar time of economic collapse, he attempted to bolster the faltering stock market by bailing out the banks, hoping for a trickle down effect into the economy.  We all know how that story ended.  The banks took the money and ran, kissing global economics goodby and rearing their heads only long enough to file suit against defaulting countries.  Essentially, the bailout, which was squarely placed on the backs of tax payers, simply gave the banks added muscle to continue foreclosing on staggering businesses, raking in profits while stocks continued to tumble.  The Great Depression of the twenty-first century began taking the shape of the global economic collapse of nearly one hundred years ago.  What failed to stabilize the world market a century passed has failed today.

The euphoria over Obama’s election quickly evaporated.  His health care reform package was rejected.  His promise to close the Guantanamo Bay detention camp was stalemated by a Congress that refused to appropriate funds for shutting it down.  His clean air campaign was jeopardized by an open support for the leading oil companies and nuclear power plants.  He pulled American troops out of Iraq, but increased the war in Afghanistan.  His policies have made him look like a fence straddler and has made nobody happy on either side of the fence.

As times grew worse and America was called in to pay its share of debt; with China its major credit holder, the option of defaulting loomed like Eve’s tempting apple.  The only other option was a decrease in federal spending.  America held its breath.  If spending was decreased, who would get the ax?  Homeland Security?  Obviously not.  We needed their secure measures to build a wall on the Mexican border.  The DEA?  Their largely unsuccessful drug war was raking in way too much money for the proponents to dismantle their program.  What about Social Security payments?  It seemed vulnerable enough, a left over scrap of a socialized program to bring us out of the first depression.  The problem was, there were too many people approaching retirement age who had absolutely no interest in losing the fund they had invested into all their lives.  A cut in Social Security would mean the rising up of America’s largest generation; a generation that historically had never been very quiet. 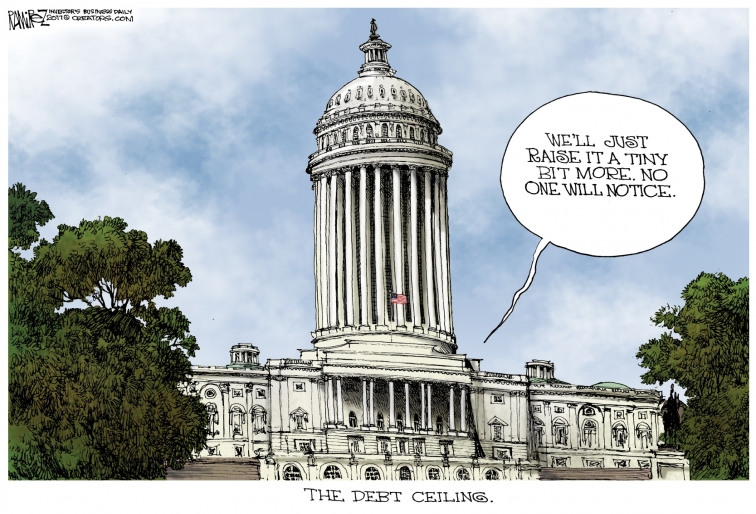 Like all good story lines, the stand off between the House and Congress came to an end in the eleventh hour, with a compromise that sort of pleased everyone, but that was more like discovering the flood waters had reached your porch, and though they hadn’t subsided, they haven’t destroyed your house yet either.  It’s a sigh of relief, but not one of euphoria.

China is clearly not impressed.  Despite the debt ceiling placed on what America is going to borrow, and a more frugal spending budget, it has reduced America’s credit rating.  “Big fluctuations and uncertainty in the US treasury market will influence the stability of international monetary and financial systems, thus hurting the global economic recovery,” writes Zhou Xiaochuan, governor of the People’s Bank of China. As a precaution, the Chinese will “closely observe” the implementation of this week’s debt deal.

In a statement posted on the People’s Bank of China website, Xiaochuan writes, “We hope that the US government and the Congress will take concrete and responsible policy measures … to properly deal with its debt issues, so as to ensure smooth operation of the Treasury market and investor safety.”

Which leads to the investors into the stock market, who weren’t clearly impressed, either.  In an article written by “The Washington Post”, they state, While passage of the debt deal was intended to spare the American economy from the effects of a credit default, stock markets did not rally on news of the deal, but instead fell. As Ariana Eunjung Cha and Cezary Podkul explained:

U.S. stocks plunged early Wednesday, a day after suffering their worst daily decline in nearly a year, as investors grappled with signs that the economic situation in the United States and Europe might be deteriorating.

In volatile morning trading, losses to the Dow Jones industrial average, S&P 500 and the Nasdaq indexes fluctuated between between negative 0.5 percent and negative 1.5 percent. The last time the Dow — which has lost nearly 8 percent in the past nine sessions — had such a sustained losing streak was in February 1978. Energy, materials and consumer companies were among those leading the sell-off.”

The Huffington Post is optimistic.  Joel Rubin enthusiastically points out that major cuts to defense spending have not only been approved in a bipartisan manner by Congress, but that even more are on the way. He declares that this means that the days of unlimited defense spending increases, where all systems can be purchased, are over.  He declares, “now is the time for tough choices to be made between defense programs that serve our “warriors” ( very strange word choice, since our military are paid employees of the government, making them soldiers, not warriors) and those that we have maintained for too long due to bureaucratic, parochial or ideological reasons. It’s time to stop spending dollars that we don’t have on programs that we don’t need and that don’t make us more secure.”

The Tea Party feels like they’re winning.  Although the tea party set the parameters for the deal, they didn’t get as many spending cuts as they wanted, so they are the ones grumbling the most.  Not to be deterred, they plan to take their strategy to the streets, encouraging in baby steps, a plan that would cut into Medicare and Social Security funds.

Among the political pundits, speakers and legislators, who is winning seems to be the main object of interest.  There is very little discussion about who is losing.  For starters, we could look at the Federal Aviation Administration.  Reports Jennifer Bendery of Huffpost Politics, “a day after lawmakers hightailed it out of Washington for a month long recess, Transportation Secretary Ray LaHood on Wednesday called on Congress to come back immediately and take care of its unfinished business: reauthorizing funding for the Federal Aviation Administration.”

The FAA has been partially shut down for 12 days now as lawmakers struggle to overcome a political dispute over unions. The shutdown doesn’t impact safety issues, LaHood emphasized, but it continues to leave 4,000 FAA workers furloughed without pay and another 70,000 construction workers without work.

In addition, the debacle is costing the government about $30 million in lost tax revenue each day since the shutdown makes it technically illegal for the FAA to collect federal taxes on airline tickets. The government has lost about $360 million so far and, in a sad commentary on the state of the ordeal, some airlines are actually raising ticket prices to benefit from the government’s loss.

While the government freely allows tax revenue to drift away over a union busting campaign, other questions concerning the government’s willingness to cut costs remain unanswered.  Where are the cuts in their own departments?

The salary of the President of the US is currently $400, 000 a year, double what it was in the year 2000.  The Vice President earns $230,700, up from $181,400 in the year 2000.  Rank and file Senators and Representatives, US Court judges, federal district judges, the Speaker of the House, all make in excess of $170,000 a year.  They voted in their pay increases, nearly double the amount of the more comfortable and affluent years of the 1990’s, in 2001.   Add to this, the per diem, transportation costs, lodging and food for a special session.  A special, largely unresolved three day session costs the state’s tax payers over a million dollars for accomplishing very little.  While the representatives flock together with no compromise, scrutinizing programs for ways to tighten the budget, they never once turn inward and reflect that possibly they could vote for a cut in their own salaries.

Filibusters and special sessions simply fleece more of the tax payer’s dollars for decision making that never decides much of anything beyond an escalated opinion of their own value.  Eleventh hour salvation is nothing more than a ruse to keep media attention spotlighted on political aspirants as they polish up their images for the upcoming elections.  The debt ceiling is nothing more than a stalemate for the inevitable crisis that is looming over us; the devaluation of the American dollar.  History repeats itself, and so it has done since the real estate market collapsed and the banks received their bail-out.  We stagger under the burden of the unfair distribution of the wealth.  We work twice as hard to make the same amount of money that goes half as far due to the rising costs of living.  Unemployment closes in around us.  We are told we must sacrifice more, live leaner, choose our entertainment more modestly.  We are chastised for hoarding gold or silver while metal prices soar. 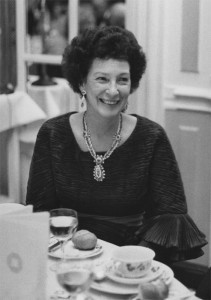 History repeats itself.  During the dark days of the Great Depression, we had prohibition, union busting, gang warfare, homelessness, while government officials and a corporate elite lived in luxury.  The Great Depression also featured a man made disaster; mass erosion from large scale farming resulting in lifeless soil.  The Dust Bowl swept through the plains states, driving home a few ecological lessons concerning crop rotation, proper irrigation and furrowing your fields to comply with the landscape.  Over the years, the lesson has been forgotten as hills are flattened to make way for development.  Agri-business stretches out for miles in  mono-production industry, stripping the indigenous plants and the soil of life.  Oil spills into our waters and radiation burps into the air.  We are asked to sacrifice; our health, our education, our freedom to travel, our care for the elderly, so the government can continue to be a bloated bureaucracy pampering the wealthy.  They are the ones who should sacrifice.

Karla Fetrow- Like all good story lines, the stand off between the House and Congress came to an end in the eleventh hour, with a compromise that sort of pleased everyone