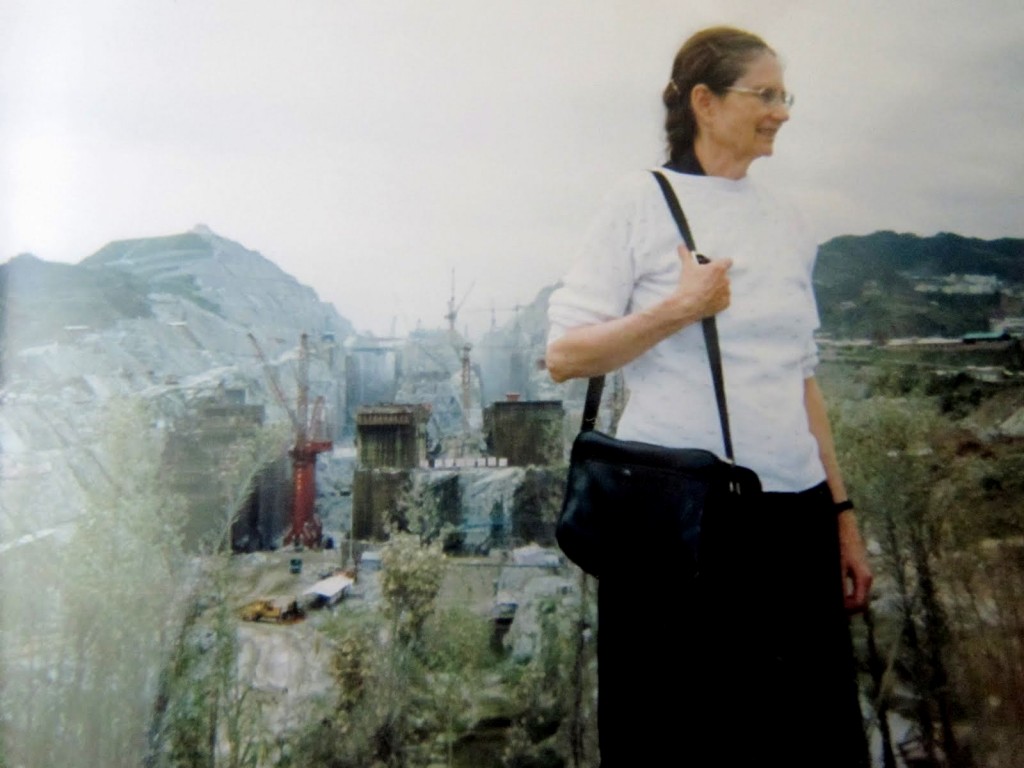 For almost every problem, the current solution that America’s leaders employ tends to involve bombs and spies and force.  Are resources or bank accounts running low?  Then go bomb some country in Africa or the Middle East.  Unhappy citizens at home?  Then beef up Homeland Security.

On the other hand, China’s method of dealing with problems seems to be a bit different.  While Americans appear to be constantly in Terminator mode, China tends to be more of a trader.  Got a problem with a country or a person?  Then sell ’em stuff.

Unfortunately, America’s tool box is too limited — “When all you have is a hammer, all the world starts to look like a nail.”

But if you are merchant, peddler and trader to the world, you also have a big problem too — the stuff that you trade.

If you were to paddle up the Amazon River to the most isolated village that you could find and then look inside any one of its completely-outside-the-matrix grass huts, I almost guarantee that you will see at least one household item that had been made in China.  Heck, I’ve even seen stuff in one of the farthest outposts in Antarctic stamped, “Made in China”.  Even the Chinese use stuff made in China. 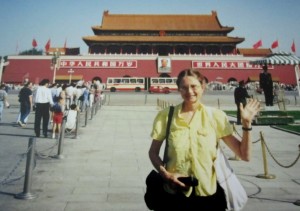 But, ironically, both countries have ended up in the same place — destruction.

For every bomb dropped on Libya or Iraq or Gaza or wherever, something is destroyed.  That much is obvious.  But for every plastic doll or small appliance or disposable pen that China produces, something is also destroyed — material resources.  That plastic doohickey that you recently picked up at the dollar store?  It’s made out of something.  It came from somewhere.  And it’s gotta go somewhere too — if nowhere else than the landfill. 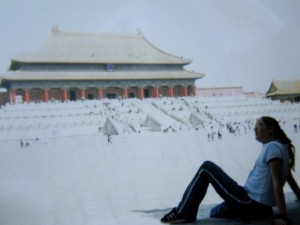 So China churns out stuff for the world and sends it all over the globe.  Fine.  That’s hecka lot better than spending over 50% of its income on spy planes, machine guns, tanks, drones and bombs.  However, like Einstein or Newton or somebody once said, “You can’t make something out of nothing.”

So while America is busy carpet-bombing the world, China is busy vacuuming up the world’s carpet.  And both countries eventually end up at the same place — destruction.

My point here is that if the human race is to survive through to the end of the 21st century, both America and China need to come up with a new paradigm for dealing with their economies —  and stop being Blue Meanies!

PS:  Prof. Michael Nagler, founder of U.C. Berkeley’s Peace and Conflict Studies program, has come up with a third alternative to these deadly bomb-or-vacuum economic policies, wherein we stop concentrating on what we don’t have and don’t need — and concentrate on what we do have and realistically need instead.

According to Nagler, Mahatma Gandhi “saw that our present economic system is being driven by a dangerous motive:  the multiplication of wants.   Because these wants are artificial — being that they created by advertising — and can never be satisfied, it creates what economist David Korten has called a “phantom economy” of fantastic financial manipulations that of course can never endure.

“The real purpose of an economic system is to guarantee to every person in its circle the fundamentals of physical existence (food, clothing, shelter) and the tools of meaningful work so that they can get on with the business of living together and working out our common destiny.  This was Gandhi’s vision, among others’.  We can no longer afford to ignore him in this sector any more than we can ignore his spectacular contributions to peace and security.

“We will never know real prosperity — where we acknowledge that we are much more than producer/consumers and can only be fulfilled when we discover a higher purpose — until we shift to another basis entirely, the fulfillment of needs.”  http://my.firedoglake.com/wagingnonviolence/2011/08/11/economic-crisis-or-nonviolent-opportunity-gandhis-answer-to-financial-collapse/

PPS:  In our current world based on bomb-or-vacuum economics, there is yet another high price to pay, as author Gilad Atzmon has recently pointed out.  As prices rise and resources dwindle, more and more people get left out of the economic bomb-or-vacuum consumerism cycle and then bad things start to happen — like, for instance, the recent riots in London. 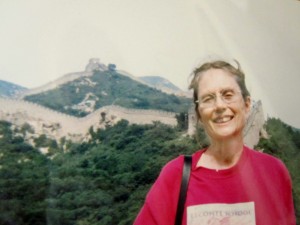 According to Atzmon, “…as we move up the ladder of our consumer existence, more and more people are falling behind.  As the more fortunate among us proceed upward, more and more youngsters are realizing that they will never even be able to join the game.

“On the one hand we are subject to a ‘dictatorship of commoditisation’; we are trained to identify with a set of gadgets and brands, and yet, on the other hand, an increasing number of the people around us are left out — they can barely afford to possess these objects of desire — and find themselves removed from the ‘identity game’.  They become faceless, their existence denied, left to wander, ghost-like, wrapped in [running] suits in a society driven by ruthless hard capitalism and sheer greed.”  http://www.gilad.co.uk/writings/gilad-atzmon-london-riots-and-the-big-picture.html

PPPS:  Does anybody but me find it ironic that communist China is now the most important capitalist nation in the world, while capitalist America has lost its way and wandered off into the nightmare world of corporatism, a form of ideology that is potentially more harmful to us than even China’s former “Cultural Revolution” was to them.

…Monday’s debacle points out once again that forward-thinking people need to provide a “safe haven” – a plausible, attractive alternative – for every sector of the current system that’s showing signs of potentially terrifying collapse: security, education, healthcare, and of course the economy.  Gandhi had eye-opening experiments we can learn from in all these areas, and what we’ve just sketched out would be a great place to start.  http://my.firedoglake.com/wagingnonviolence/2011/08/11/economic-crisis-or-nonviolent-opportunity-gandhis-answer-to-financial-collapse/

Gilad Atzmon: London Riots and the Big Picture:  …The events we saw in the past week  in London, Birmingham, Liverpool, Bristol and Manchester were possible signs of disintegration within British society. Some sectors within the society were  clearly saying “we have had enough of it.” The truth is that these people we see rioting on our streets have been drifting away for quite some time, and no one has shown any concern, and now they are clearly not interested anymore in obedience to any notions of law and order. They do not see any great value in it. And the reason for that may be simple — there is simply not much in it for them….  http://www.gilad.co.uk/writings/gilad-atzmon-london-riots-and-the-big-picture.html

Jane Stillwater- While America is busy carpet-bombing the world, China is busy vacuuming up the world’s carpet. And both countries eventually end up at the same place