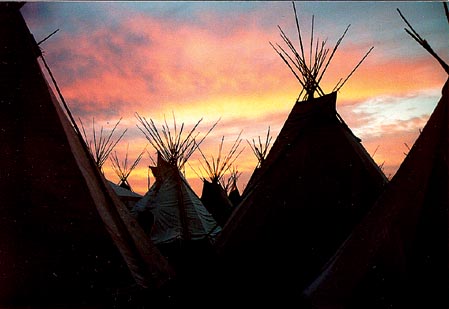 In 1981, while living in the foothills of the Rocky Mountains on the border of the Blackfeet Indian Reservation with the Glacier National Park in Montana, USA, a remarkable man knocked on my door.  This man was Pat Kennedy, a Plains Ojibwa Oral Historian and Medicine Man who had married into the Blackfeet tribe 30 years before. Speaking 7 native languages fluently, including the Blackfeet language, and with a fluent and creative use of the native pidgin English we held our initial conversation in, Pat had never been to school. His Irish name had been assigned to his family by the government when the apartheid system called Indian reservations had been established.  When Pat had knocked and I opened the door for him, his introduction was: “I’m Pat Kennedy. I like where your house is and I would like to use it for ceremony”.

For the following 24 years I was this remarkable man’s student and became one of his close friends.  One of the most important ancient Native American traditions of Pat’s clan or associated group of ceremonial healers was that of the Peace Chiefs. These were a remarkable last and now going extinct generation of men schooled in their ancient ways, men like Dan Buffalo, Louis Fish, Tommy Youngman, Bill Hameline, Tyrone Gopher, Kenny LaPope, to name a few, now gone together with much or most of their knowledge. One example of many instances of why large segments of Native America will never be the same.

These were not Disneyland Indians, none among them ever desired to be great men, or to be on tv. In a context of laughing and joking at nearly anything, yes, joking at NEARLY ANYTHING, especially life adversity and the Whiteman who had brought disaster upon their world, but most of all laughing at and joking about themselves in this circumstance, these were men who took life seriously in ways the modern world has largely let go of.

They were honorable men above all else. Life for them meant an ethical self discipline of honest kindness living in a gentle way, in effect counter balancing peoples aggressions and resultant life traumas with example of living their lives as a prayer of peace that was never sanctimonious or hypocritical, rather a principled patience instead. Always praying and working for peace and healing between peoples, these men’s lives typically were expressed in a close and personal relationship of awareness to our creation, beginning everyday at daybreak, listening to the quiet and then sounds of life stirring with the miracle of each day, in sounds such as the music that might be found in the wind, the original source of many native melody compositions, or seasonally, the birds singing. 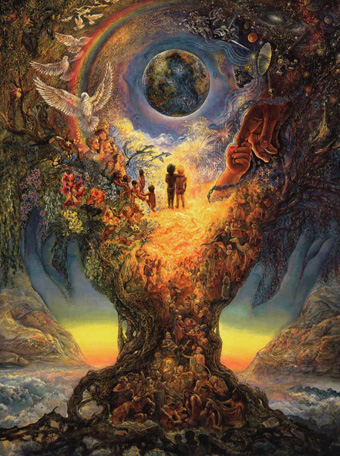 For all of their possible justifications to hate the society who had destroyed their world and people’s happiness, they taught a person should not hate. And they lived the example when I was welcomed into that world and all worked together, to prepare my personality to learn how to love, but not in any western or superficial sense. To love in a sense of understanding a reality at a higher level than the reality of aggression. To know we create our reality as Human Beings. To understand this reality can be peace. To see our inter-relationships to all things and step out of the trap of ego, to learn to live as a ‘Real Human Being’, to know life as ‘One of the People.’ To grasp the sacred nature of our existence is not an abstract concept but rather depends on steeling the self to an attitude or approach to life as a principled prayer in kindness lived in relation to all of our fellow beings.

All stereotypes and anthropomorphism aside, this is what Native America had once been, ruled first by self rule in the person practicing a law of non interference in the affairs of others, others being not only people but as much as humanly possible, nature as well. This, and a kindness in approach to all relationships that was not self-serving in a sense of feeling like some kind of holy person, but merely principled. Only that. A principled kindness. No Popes, No ministers, No reverends, no vows, no chastities, none of these. People were expected to learn and guide their own spirit to the good through self principled behavior and these Peace Chiefs were meant to live the highest example of that, including most importantly of all, self humility in relation to our creation or cosmos. They never bragged about who they were, in fact the world would not even be aware except that someone would tell their story. 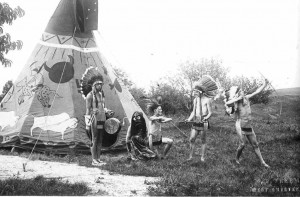 At the end of this generation of ethical titans, whose knowledge I can claim only a very small part, this is what Pat had asked me to do towards the end of his life, to tell the story of his world, to translate the teaching to western terms, as now I am a trained story teller fluent  both in the Native American Peace and Western Political traditions. There is a ceremonial Peace Tipi of this Native world has found it’s way through what these men had taught me, to a time of great conflicts in the Western world. It is this tipi meant to bring about an awareness of possible change. Not myself. The tipi.

The morning I woke from sleep and the dream I called Pat and told him of the tipi. Pat accepted the dream and we agreed I would paint the dream into the reality of the Peace Tipi at his annual summer peace and healing camp in a few months time and it would belong to the vision of peace, not to any man. That happened.

At the time of Pat’s approaching departing of our physical reality, he gave detailed instructions to his wife, Lorna, that the tipi should begin a world journey for peace. It is to be welcomed anywhere in the world where people will open to it’s message and meaning of Human Kindness, Love between Sisters and Brothers, and Beauty and Peace between Peoples, across all Ethnic, Religious, Racial and National and Social boundaries.

Pat’s widow, Lorna, has sent the Peace Tipi to Germany to begin it’s journey.  My name is Ron West and I speak these words to the truth of peace.

Ron, thank you for such a beautiful contribution. An unfortunate aspect of modern society is that “peace” is a misunderstood concept. This is primarily due to the prevailing winner or conquest mentality; that peace is a condition of surrender, or the rewards of the winner.

Among conquerors, there is no true peace. Their world is governed by rule or to be ruled. They cannot find peace with nature because they cannot harmonize with nature. They cannot allow nature to relax them, to play its music for them. They fear nature. While their predatory instincts warns off prey, their fear attracts other predators. They are constantly on the alert for danger instead of listening to the perfect resonance of peace.

So then, peace is neither the conditions of surrender nor the rewards of conquest. It is internal and closely connected to how well we harmonize with others, and how compatible this harmony is with nature. I wish the peace tipi every success in its efforts.

The Journey has always been in motion and always will be. Thank you for sharing it here and for carrying it for a time.