Two Anecdotes On The Future of America 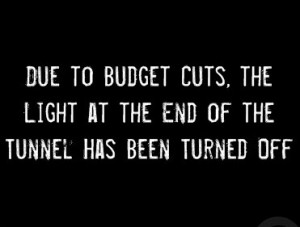 Returning to the Past is America’s Future….

#1 – The Future of Public Services – Bracketed by three main freeways (at a distance), the little town of Alto, Texas lies southeast of the Dallas metroplex on the way to – well, no place, really. It’s one of America’s small towns – grown from farmland and farming people, and largely independent of most things except the land.

Now, however, Alto is getting some press – although it’s now famous for something which I’m sure the citizens wouldn’t want.

It’s the first city in the nation to downsize (read: fire) its entire police force.

Local county sheriffs fielded 20-something calls in the first week of this debacle – over 75% from the little town of Alto (including the arrest of four men from the Dallas area who’d decided to knock-over one of the town’s banks in broad daylight).

#2 – A Return To The 17th Century – About a month ago, a man in his late ‘50’s from North Carolina – unemployed for three years and badly in need of hospital treatment for a chest condition – robbed a bank in his hometown for $1.00. The reason? So he could go to prison in order to get proper food and medical care.  This Dickensian return to the whole debtor’s-prison concept of ‘charity’ hardly raised eyebrows.

We only need to read these two stories within the greater context of what’s happening in America to understand that catastrophe is just over the horizon. I’m not talking about ‘severe recession’, where the populace is kept in check by unemployment compensation and variant welfare programs.

I’m talking about the kind of thing which only requires a spark to set off some very unpleasant consequences.

All over America, states and cities are either engaged in or contemplating variant degrees of ‘shutdown’ in order to balance their budgets. The Federal government, misled by a group of people who’ve caved-in at every turn and in thrall to a mob of economically-illiterate morons calling themselves the ‘Tea Party’ is all set to give the far Right everything it wants by way of budget-cuts.

We can forget any additional safety-net. We can count on the Affordable Health Care Act (disparagingly called ‘Obamacare’ by its detractors) being defunded. Say goodbye to parts of Medicare; count on the retirement age being raised on Social Security (and count on some early moves to privatize it).

Speaking of privatization, you can count on private corporations being handed prisons, schools, fire departments, and anything else which can be sold-off (corruption is the usual result of such actions, as evidenced by the recent test-cheating scandal in Atlanta, and multiple instances of corrupt judges sentencing people to for-profit prisons for financial kickbacks). 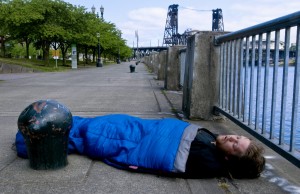 I think it’s safe to say that we’re going to see a lot of sick people. A whole lot of them. Babies; too. Plenty of banks out there to be robbed for a few dollars – because the fear and stigma of a prison-sentence is nothing compared to starving in the street with a treatable medical condition.

Speaking of starving, there’ll be more than a few people living in the street this fall and winter. By Thanksgiving, it’ll likely be impossible to ignore the problem – parking your car downtown will be a risky affair after dark – and in some cities, because of the lack of police and the increase in desperate people, it’ll be dangerous anytime.

Retail businesses in city-centers will have to organize, pooling resources to hire additional security.

“Wait until October”, said Ralph Nader, recently. “That’s when the budget cuts will hit home.” He’s right, of course – the timing of Federal, nationwide budget slashing, cold weather and desperate people will be a perfect storm of sorts; a trifecta of disasters.

With the Democrats now behaving like Republicans and the Democratic leadership from Obama on down now obsessed with reelection rather than leadership, and with the true tenets of Liberalism now little more than a memory, we cannot look there for solutions. The extremists in charge are not being met by extremists on the other side; instead, they’re met by a group of ‘intellectuals’ led by Obama and promoting the idea that logic and reason will prevail in the face of a group of people who’ve already bought and paid for the government, the courts and the military. What Obama and his supporters don’t realize is that they’ve already lost.

America’s religious institutions are now engaged in the business of self-preservation through endless expansion and fund-raising; some have created themselves anew, touting a weaponized gospel of conquest and radical extremism. Speaking out for truth and justice are a thing of the past; advocating the lot of the least among us is by and large history.

The real question that’s left isn’t “What do we do?” The real question is, “What happens next, and when?” Frankly, we’re likely past the point where the Bush era destruction of the rule of law is reversible; we’re past the point of reversing the damage to the economy from thirty years of Chicago School economic idiocy, as the ‘trickle down’ theories which brought us to this pass are now firmly ensconced as Holy Writ among the new crop of Teabaggers and suchlike; we’re also likely past reversing much of the damage done to our environment (that issue being mired in a politico-religious morass based on the far-Right’s rejection of science).

No; the only real issue left is to do a little math – and ask ourselves whether it’ll take 50 towns like Alto before the whole thing collapses, or 500; whether it’ll take 1,000 people robbing banks for health care, or 10,000 before a revolution occurs.

I don’t put much faith in the ballot-box any longer; the inmates now run the asylum, and current trends are calling for more, and not less, of the same. Elections are an ineffective illusion; a means of giving people the misled notion that they’re actually participating in their own government.

Two anecdotes. The future, as I’m fond of saying, isn’t set – but connecting the dots is becoming more and more a bleak affair; a Greek tragedy where the outcome is more and more certain. We’re out of money, out of time, polarized down the middle, and past the Age of Aquarius. Peace, love and understanding are thin on the ground; the storm you see in the rear view is the New Dark Age, coming to bite us all in the ass. Objects Are Closer Than They Appear.

W.D. Noble- Speaking of privatization, you can count on private corporations being handed prisons, schools, fire departments, and anything else which can be sold-off

The Value of Life and Death

The Federal Government Is After You!