Three Episodes in the Criminal History of the British Empire 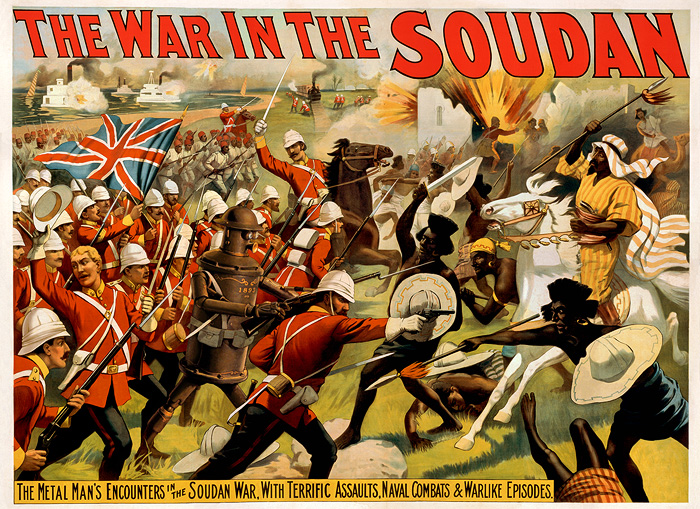 The crimes of the British, during their phase of Empire, were, in essence, no different to the crimes of the Americans, the Japanese, the Moghuls, the Maoris, the Russians, the Incas, the French and countless other groups of violent, self-directed men, who have found themselves in positions of power and dominance. The following short account is not an attempt to single out the British for villification, rather to shed some light on an area of history which receives little or no media attention; particularly, of course, in the UK, where discussion of officially-sanctioned theft and murder casts the corporate-state and its incumbents in a criminal light. One is as unlikely to read of war crimes in the Sudan and Malaysia, concentration camps in South Africa and Kenya, financing and support of genocide in Indonesia or the theft of Diego Garcia in the UK press as one is to read of the invasion of Vietnam, the bombing of Laos and Cambodia, mass extermination in the Philippines, terrorism in Nicaragua and El Salvador, and official support for Sadam Hussein, Doc Duvalier, Augusto Pinochet and other genocidal tyrants in the US.

Here then are three very brief accounts of the British Empire’s criminal involvement with three countries; China during the opium wars, India during two Bengal famines and the creation of Israel.

“By the 1830s the British Empire was the largest drug’s pusher the world has ever seen,” writes historian, John Newsinger. Opium was, according to the Cambridge History of China, “the world’s most valuable single-commodity trade of the nineteenth century,” and its trade, according to historian, John K Fairbanks, without any doubt, “the most long-continued and systematic crime of modern times.”

Although grown in British India the use of Opium there was prohibited as it had a disastrous effect on productivity. Its export to China however was hugely lucrative. By 1838 an astonishing 2500 tonnes a year were being exported; bankrolling the entire British empire. James Matheson, partner in one of the largest financial and trading companies in the world, Jardin Matheson and Co (still a huge corporation) used the profits he made from opium to buy a Hebridean Island for the colossal sum of £500,000, forcibly evict its 500 inhabitants (part of the brutal clearances of the Scottish highlands) and ship them off to Canada, build a castle, buy himself a seat in the House of Commons and chair the P&O shipping company which went on to become the major opium carrier of the nineteenth century.

When the Chinese resisted this state of affairs the British responded with a war that, due to Britain’s massive technological advantage, turned into one massacre after another; the town of Jinhai, for example, was bombarded with hundreds of battleships, before troops moved in to take on wounded peasants armed with bows and arrows. They then raped and pillaged the devastated town. “A more complete pillage could not be conceived… the plunder only ceased when there was nothing to take or destroy,” wrote the India Gazette. The British lost three men, and the Chinese over 2000. The story of Jinhai was repeated over and over again. Eventually the Chinese capitulated, allowed Britain “free trade” access, and handed over Hong Kong to them.

Over the next twenty years two more Opium wars followed, with Britain (assisted by the French) massacring and plundering on a colossal scale and, after each victory, gaining more power over China, including new territories. By the end of the century Britain was exporting 6000 tonnes of Opium a year to China.

William Gladstone, MP and later Prime Minister, recorded in his diary that he was “in dread of the judgement of God upon England for our national iniquity towards China.”

The Moghuls (the group that destroyed Indian culture and civilisation before the British) knew Bengal as “the paradise of the earth” and an early European traveller, physician Francois Bernier called it “the finest and most fruitful country in the world.” Bengal was an area of astonishing beauty, abundance, refinement and equality. The people were noted for their exuberance and affection, the exported goods unequalled in quality and destitution was unknown: villagers owned the land they tended and not even bankruptcy could evict them.

In 1769, five years after the British had taken control, it was the poorest province in India. Vast amounts of money and produce flowed out of the area, taxes skyrocketed to the point where farmers had to sell their children to pay it, barriers on English trade vanished and where once gold and silver had flowed into Bengal, it now poured out in torrents until all commercial activities were at a standstill.

When the rains failed, in 1770, British officers and their Indian agents, recognising that the value of rice would shoot up, bought all the rice in the area. Huge amounts of grain were appropriated by the British – enough to feed the population, but, as with the Irish potato famine, it was all exported at enormous profit (one clerk, who ordinarily made £200 pounds a year, sent home £60,000 pounds during the famine – a colossal sum).

With a failed harvest, no grain stored to eat and no money or valuables to trade or buy rice from neighbouring provinces, the people of Bengal died. A third of the population, about ten million people, died of hunger.

The response of the British was to raise taxes, increase the severity of non-payment, uphold the rights of creditors (until lands had passed from farmers to moneylenders) buy up or conquer neighbouring provinces, and further extort the rest of India until, when further famines hit, other parts of the country were devastated in the same manner as Bengal.

India never recovered, but the horrors visited upon it by the British continued for a century and a half, up until Bengal’s final devastating famine, in 1943, which the British helped cause (by its “scorched earth” policy of defence against the advancing Japanese) and which Churchill – who, in his own words, “hated Indians… a beastly people and a beastly religion” – refused to ameliorate. The issue of Bengal starving was repeatedly raised in the War Cabinet, but time after time, despite the enormous sacrifices India had made for the British war effort, and despite both grain and boats being freely available, Churchill refused to send help. Between three and ten million people starved to death.

The Formation of Israel

At the start of the twentieth century Britain wished to keep Palestine under their control, as it was strategically well-placed. They saw the incipient Zionist hope to settle the then stateless Jews in the area as a way of strengthening their claim to Palestine and introducing a loyal and dependent population into the area. When, in 1922, the League of Nations (forerunner to the UN) awarded Britain control over Palestine, the British began to put the plan of populating the area with European Jews into action and turning the inhabitants of Palestine into “existing non-Jewish communities.”

In the 1930s the Zionist movement found it shared a common interest in the eviction of Jews from Europe with the German Nazis. In 1935 Reinhard Heydrich, one of the architects of the Holocaust, proclaimed his solidarity with Zionism, Adolf Eichmann, another key Nazi figure, visited Palestine in 1937 at the invitation of the Zionists and the Gestapo worked closely with the precursor to Mossad to get Jews out of Europe and into Palestine.

Palestinians, understandably, did not enjoy leaving their homes and being governed by a foreign power and foreign settlers and in 1936 “the great revolt” began. The British responded by bringing in huge quantities of troops, mass arrests, shootings, torture and the indiscriminate blowing up, burning down and bombing of Palestinian towns (Arthur “Bomber” Harris, the dambuster “hero”, recommended “one 250 lb or 500 lb bomb in each village that speaks out of turn”). “Pacification” of the country took three years and was carried out with astonishing brutality.

After the second world war the Zionists felt strong enough to break with Britain. In 1948, with the support of the Soviet Union and the US, the Zionists established the state of Israel, driving out a further 700,000 Palestinians from their homes in the infamous ethnic cleansing known as ‘plan Dalet’.

The story since then has continued in the same way, with the US taking the role that Britain once had, of Israeli arms supplier, military adviser, financier and, in numerous UN resolutions calling for a universally approved two-state settlement, the sole obstacle to peace. The US currently ships three billion dollars of military aid a year to Israel; to “defend” themselves against Palestinians. In the 2008 ‘Operation Cast Lead’ offensive, to pick one example of many, Israel attacked Gaza with hundreds of bombing raids and thousands of artillery and tanks shells, killing 1,400 Palestinians. 14 Israelis were killed with home-made rockets.

It should be noted that many of these crimes were not, literally speaking, crimes at all, in that they were either outside of the reach, or sanctioned by, “law” – aka “the declarative will of the conquerors, how they will have their subjects to be ruled.” Its worth noting, in conclusion, what Gerrard Winstanley, one of the first free men to rise up against the British, had to say about this fact; “Freedom is in the man who will turn the world upside down, therefore no wonder he has enemies.”

Darren Allen- Here are three brief accounts of the British Empire’s criminal involvement with three countries; China during the opium wars, India during the Bengal famines and the creation of Israel.

Taking AIM and Wounding Justice Through the Incarceration of Leonard Peltier

A Case For Hope