The Greatest Generation Speaks Up: “Hands Off our Social Security!” 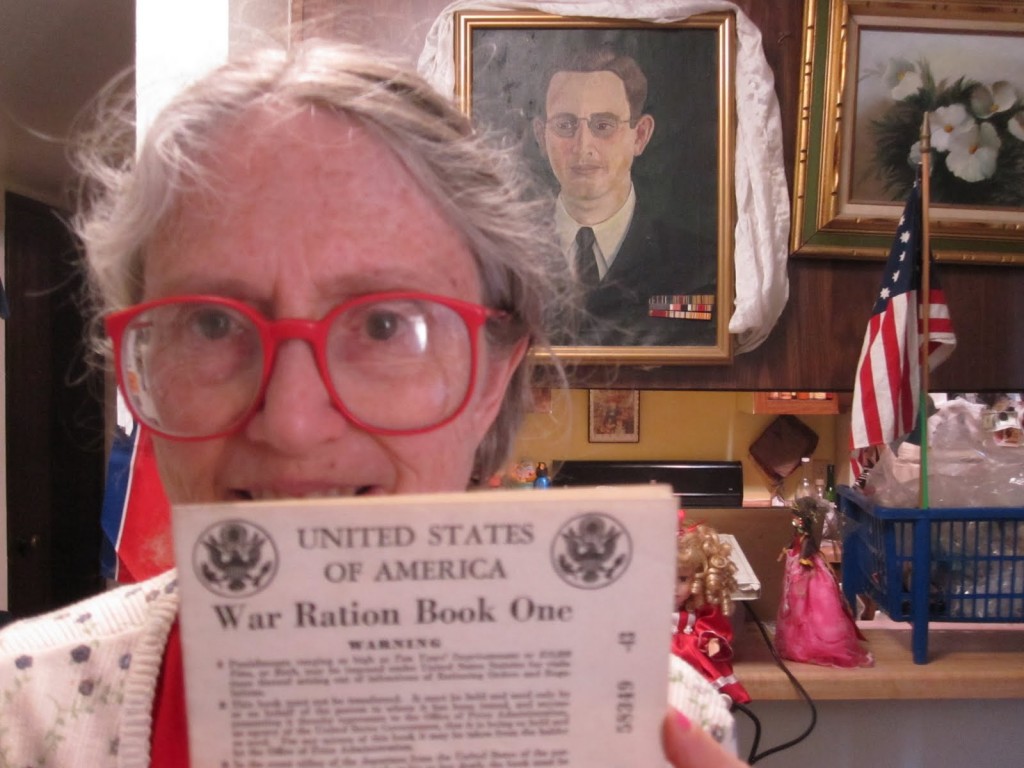 Why does the White House and Congress seem so hell-bent on killing off what is left of America’s “Greatest Generation” — by making cuts to the Social Security payments that we depend upon to stay alive?

I consider myself to be a junior member of the Greatest Generation and I am truly pissed off that “Death Panel” legislators in Washington who are probably too young to have even served in Vietnam — let alone in World War II — can be monstrous enough to even consider shutting down Social Security’s lifeline to all the veterans who fought in that great war to keep the world safe from corporate control of government (as Mussolini once described National Socialism), and also drastically cut payments to women and children who bravely manned up the Home Front while our soldiers were away fighting Nazis.

Mine is also the last generation to have been raised without television.

And now folks on TV are telling us that, for the sake of balancing the federal budget, we must now give up the Social Security that we all worked so hard for, stop making a fuss, forget our proud legacy of service, die quietly and go peacefully into that great good night.  Screw that.

My father fought the Nazis.  My mother manned the Home Front.  I helped plant our freaking victory garden, had my own personal ration book and collected scrap metal in my little red wagon all throughout World War II. We all put our shoulders to the wheel during World War II and then we worked our arses off for our Social Security benefits after that. 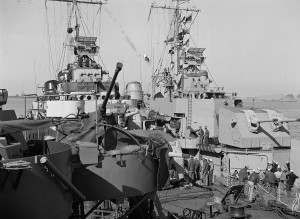 And now some generation raised on the Flintstones is now telling us that THEY are going to cut our Social Security?  Screw that.

And now I’m spending at least two hours a day watching TV — and another eight hours a day on the internet.   That’s ten or more hours a day that I used to spend HAVING A LIFE.  And I bet most of you spend even more time watching TV than that.  In fact, do any of you ever even turn the damn thing off?

And what has all this boob-tube-watching gotten us?  Nothing.  We’re losing our homes, we’re losing our jobs, we’re watching our grandchildren get forced into poverty by a system that wants us to become dumb and uneducated and in debt.  Now young Americans are supposed to suffer under the burden of school-loan debt for the rest of their lives just for wanting to go to college and better themselves?  When a college education doesn’t even matter any more anyway?  Screw that too.

I don’t know where all of you modern DC corporatists were during World War II.  You probably weren’t even born yet.  But if you cut Social Security, then you may find yourself right in the middle of the next war against National Socialism (aka corporatism) — even if the heroic survivors of World War II have to go out and start it ourselves.

Dontcha hate it when corporatists pretend to be Christians, Jews & Muslims?

Hey!  All you guys with the billion-dollar bank accounts!  Don’t you know that religions were founded on the principle of enriching the human spirit — not on enriching your own personal wealth.  Rich men can’t fit through the eye of a needle.  End of story.  Period.  God, I hate people who use religion as a means to get rich.

Would greedy bastards like Bush, Perry, Bachmann, Palin, Boener — or even Obama — ever be able to pass the Jesus test?  Hardly.  The Sermon on the Mount went right over their heads.  Corporatists pretending to be Christians?  That’s pathetic.

And what if Abraham or Moses came back to visit us earthlings today?  They would both kick Netanyahu’s butt!  “Read your Talmud!” they’d yell at him.  Corporatists pretending to be Jews?  That’s pathetic.

Would Mohammed approve of the Saudis bombing Bahrainian Muslims for fun and profit?  Or Sunnis and Shias killing each other by the thousands because of oil disputes?  Not on your life!  Corporatists pretending to be Muslims?  That’s pathetic. 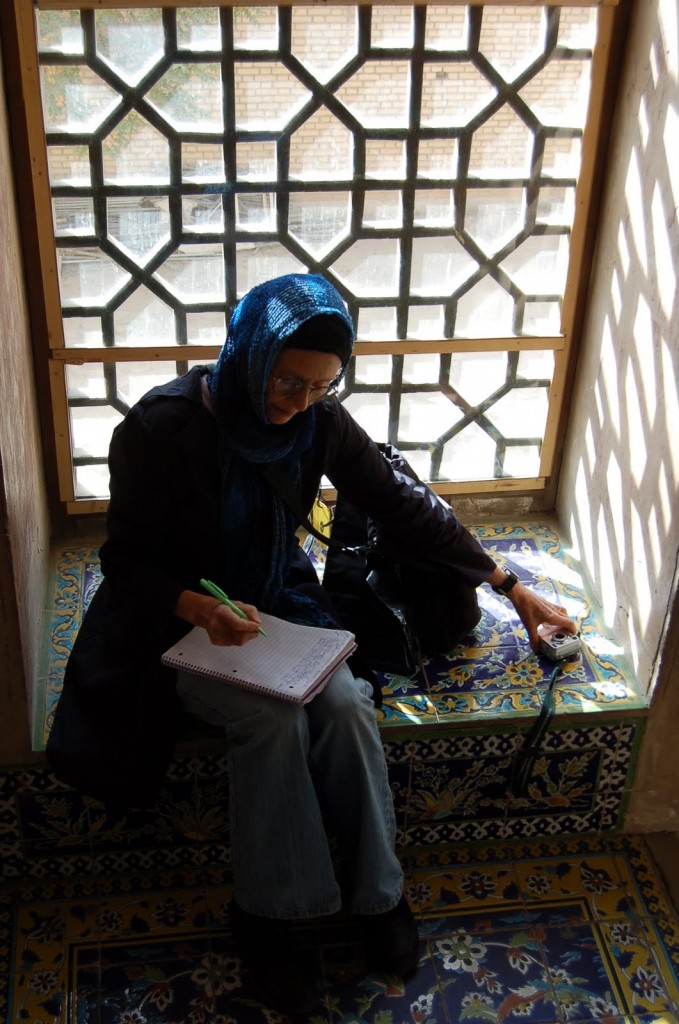 It says “Under God” in our Pledge of Allegiance.  Do you ever see God approving of the resource wars that are now being conducted in His (or Her) name?  Hardly.  Do you ever see God approving of cutting Social Security to old folks and essentially giving them a death sentence so that the Pentagon can afford even more million-dollar drones to allow them to kill even more women and children?  Dudes, get a grip.

And speaking of our Pledge of Allegiance, it also says, “With Liberty and Justice for all”.  I can’t see that happening right now in America either, can you?

Don’t any of you corporatists EVER talk to me about religion ever again.  Talk to God about that.  And I would love to hear God’s reply.  “Go to Hell!”

PS:  I bet that if you added up all the human beings that corproratists have killed since the end of World War II (that famous war fought to make the world safe from corporatists!), you might find that corporatists have been responsible for more deaths than Stalin, Hitler and Mao combined — hard to believe at first but then if you count in the various resource wars in sub-Saharan Africa, Vietnam, Korea, Afghanistan, Sudan, Libya, Iraq and Central and South America plus various other wars for oil and all the monetary fund victims dying from drought, slave wages and/or starvation from Somalia to Haiti to the DRC, and the disastrous War on Drugs plus all the deadly stunts pulled by both Bushes, Johnson, NAFTA, Clinton, Kissinger, Obama, Reagan, etc., I’d be very interested in the results.

But at least Hitler, Stalin and Mao didn’t claim to do all their killing in the name of religion.

PPS:  And what’s the matter with Berkeley too?  It’s not just our national priorities that seem to have lost their way these days.  Local priorities are also at risk.  For instance, the Berkeley city council just cut all kinds of programs for lower-income folks recently — but will keep paying out large entitlements that benefit those who already have benefits coming out of their ears.

Berkeley used to be the home town of choice for all kinds of artists, writers and visionaries.  Not any more.  People like Jack Kerouac, Philip K. Dick, Mario Savio, Tre Cool, George Takei, Whoopi Goldberg, Allen Ginsberg, Richard Prior, Gregory Peck, Jimmi Hendrix and the 21 Nobel Peace Prize winners who lived here and made their creative contributions to America back in the day, probably couldn’t even afford to live here any more.  Heck, even Patti Hearst probably couldn’t afford to live here any more!

The Waterfall at the Edge of the World

A Case For Hope