The corporatists vs. you & me: Why Palestine is important 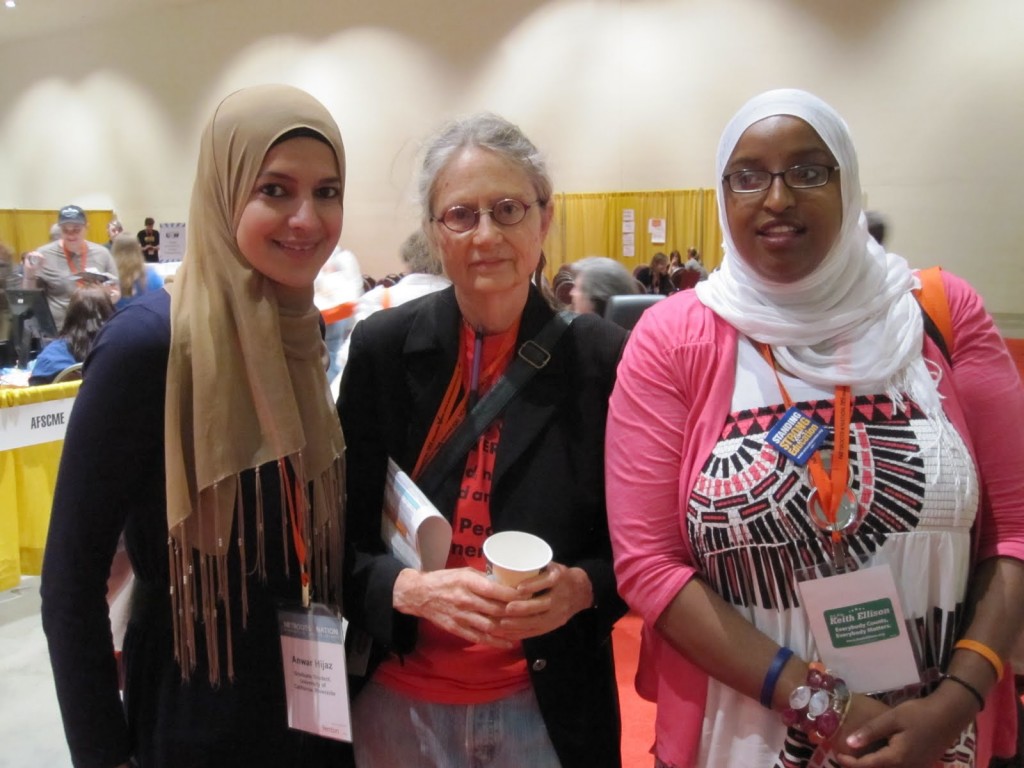 I was just reading Al Gore’s latest article in Rolling Stone magazine, regarding the extreme emergencies created by climate change — and how climate-change deniers have blinded most of us to these immediate dangers.  By 2090, within my own granddaughter’s lifetime, both most of Europe and most of America will be deserts, hard-hit by extreme droughts.  Yet wealthy corporatists and oligarchs have deliberately covered up these extreme dangers — to you and to me as well as to our children and grandchildren.

According to Gore, “They are financing pseudo-scientists whose job is to manufacture doubt about what is true and what is false; buying elected officials wholesale with bribes that the politicians themselves have made ‘legal’ and can now be made in secret; spending hundreds of millions of dollars each year on misleading advertisements in the mass media; hiring four anti-climate change lobbyists for every member of the U.S. Senate and House of Representatives.  (Question:  Would Michael Jordan have been as star if he was covered by four defensive players every step he took on the basketball court?)”  http://www.rollingstone.com/politics/news/climate-of-denial-20110622

But it isn’t just climate change that the Big Boys want us to doubt.  They also want us to swallow the myth that we live in a democracy.  You and I may think that we do.  But wealthy corporatists and oligarchs all know that we don’t. 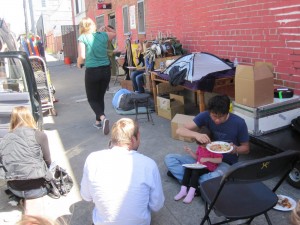 We have been systematically taught to doubt all this stuff — until, like the heat waves in New England and the devastating floods on the Mississippi and the winters-from-hell in the Midwest, the reality that our democracy and civil rights no longer exist becomes real to us personally.

In the same way that we have been carefully taught to become climate-deniers by the corporatists who make a profit from pollution, we are also being carefully taught that Democracy still exists in America and that Justice is still available to all of us at any time.  Yeah right.  Like the Supreme Court represents us and not them?  Like the corporatists who have sold us their infamous Bush-Obama-Bush sandwich can’t yank us out of our beds and water-board us any time that they please. 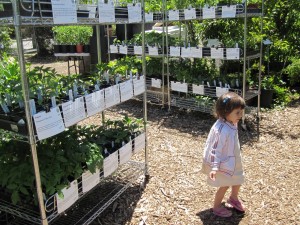 We have been carefully taught to hold onto this myth, this myth of freedom.  Flag-waving.  The Fourth of July.  And hold on to it we do — until it may be too late and all the civil-rights trashing that wealthy corporatists and oligarchs have more obviously done to lesser, more third-world countries starts to become more and more obvious here too.

A few weeks ago, I attended a Netroots Nation convention in Minneapolis, where all kinds of progressive topics were discussed — except one.  The Palestinian third rail.  None of the major speeches or the panels even mentioned the Palestine question, even in passing.  There were approximately 120 seminars at NN 2011 and only one of them even mentioned the freaking Arab Spring.

“But why is Palestine so important?” you might ask.  Here’s why.  Today in America, a whole bunch of progressives are trying to initiate another American Spring of freedom and democracy here too.  But that’s not the image of the future of America that the small band of wealthy corporatists and oligarchs who currently run this country have in mind.  Their particular vision seems to run more along the lines of America’s new Palestinian Winter.

Intentional disintegration of the educational system?  Palestine already has that too.  And now American teachers are being dissed regularly.  Why?  Because an educated population wants democracy — while corporatists just wants the population to be servile (and dumb).

Rape of the environment?  Palestine already leads the way.  Corporatists in Israel already steal Palestine’s natural resources and pollute its air and its streams.  And mountaintop removal is already huge in Palestine.  Is West Virginia fast becoming the new West Bank?  It certainly looks that way. 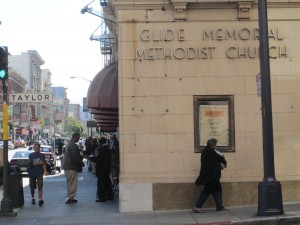 And what about freedom and personal rights?  We’re fast becoming the new Palestine in this area too.  Non-violent protesters are being shot at, beaten and jailed in Palestine.  It’s basically a police state.  Can America become an obvious police state like that too?  I betcha anything that the corporatists certainly hope so.  Just think of all that cheap prison labor!  It’s already making our American oligarchs drool.

Palestinians are protesting their occupation, of course — but they are also protesting their corporatist abuse.  And they are being vilified in the media for doing it.  And vilification by the media of anyone who does not agree with the corporatist agenda happens here too.  Wanna know what corporatists have in store for American journalists?  Just go talk to a Palestinian journalist.  That is, if you are even allowed into Palestine — or are given permission to go visit one in jail (or in the graveyard).

Jails and torture in Palestine?  They are a common part of Palestinian life.  Will they become common and familiar parts of our lives too?  These things are definitely on the American corporatist agenda already — as is control of American courts.

And the settlements in Palestine?  You think there will never be “settlements” here in America too?  Gated communities for the rich while the rest of us live in hovels and can have our houses taken away from us at any time?  Settlements, gated communities and foreclosures appear to be occupying American corporatists’ wet dreams too.

Palestinians have been getting thrown out of their homes for over 63 years now.  Americans are just now catching up.

This is why I fight so hard for justice in Palestine — a small place that is over on the other side of the world.  Because if Israel corporatists, using American money for backing, can do all these horrible things to Palestinians and blithely get away with it, then what’s to stop American corporatists from continuing to do these things to you and me too?

The only thing that will stop corporatists is if we too, like Palestinians, fight back and say “No”.  We too must also learn to say no.

On December 2, 1964, on the steps of UC Berkeley’s Sproul Hall, a brave young student leader, Mario Savio, stated that, “There is a time when the operation of the machine becomes so odious, makes you so sick at heart, that you can’t take part; you can’t even passively take part, and you’ve got to put your bodies upon the gears and upon the wheels, upon the levers, upon all the apparatus, and you’ve got to make it stop.  And you’ve got to indicate to the people who run it, to the people who own it, that unless you’re free, the machine will be prevented from working at all!”

How much more relevant is Savio’s statement today, both in Palestine — and here.

PS:  On the Forth of July, me and my family are going to go down to the Berkeley marina and watch the fireworks from the balcony of the Doubletree Hotel and contemplate the first American Spring — in 1776.  And also barbecue hot dogs and eat olallieberry pie and celebrate my birthday (again).

****
Quiet on the set?: Filming a unicorn movie in Berkeley this week
By Jane Stillwater (originally published in the Berkeley Daily Planet http://www.berkeleydailyplanet.com/issue/2011-06-22/article/38041?headline=Quiet-on-the-set-Filming-a-unicorn-movie-in-Berkeley-this-week)

“And right now you are filming this movie in Berkeley?” I asked Meyerhoff today after joining her film crew for lunch — cole slaw, BBQ chicken and stuffed bell peppers — and dragging my three-year-old granddaughter Mena along so that she could see what her daddy does when he goes off to “work”.

“Mostly we are filming in Berkeley.  Today we’re shooting a scene in a punk warehouse in West Oakland, but last week we filmed at Bette’s Ocean View Diner on Forth Street and next week we’re going to be filming at the marina.”  Apparently they’ve been filming in Berkeley for the past two weeks and still have two weeks more left to go.

Meyerhoff then had to run off to do directorial things and so I talked with her assistant director who was busy roughhousing with Mena and having a food fight.  “What’s the plot about?” I asked him.

“It’s basically a coming-of-age story, but one with a twist — coming of age in Berkeley.”  But then it was time for the assistant director to get back to work so I cornered one of the actors.

“The movie as about a young girl who is having problems at home,” said the actor, “and so she runs off in order to get away from a situation that she thinks is intolerable — only to find that she has jumped out of the frying pan and into the fire and ended up in an even harsher situation.  And so she retreats into a fantasy world peopled with unicorns.”   But then the actor had to go off to hair-and-make-up, so I went off to talk with Meyerhoff’s assistant.

“Will the unicorn fantasy scenes be shot with special effects?” I asked her.

“No, we will be using animation, stop-action animation done by taking the objects we shoot and moving them one frame at a time.”  I wonder if they want to use some of Mena’s My Little Pony unicorns in the story — assuming of course that Mena would ever let them out of her sight.

Then Meyerhoff’s assistant got whisked away too, and so did Joe — and so Mena and I got to wander around the graphically colorful punk warehouse set all by ourselves — where we ran into a very nice ultra-punk “suicide girl” with a mohawk hairdo and a cute little kitten named Space Kitty, and the very nice punk girl and Mena chatted for a while about how cats are fragile and need to be petted carefully.

Then after that we begged everyone we saw on set for a part in the movie.  This could be Mena’s and my big chance!  But nobody had time for talent-scouting today.   “Quiet on the set!” someone yelled and that was that.

Later on, I found out that the film crew will be traveling to New York after wrapping up here, working on the animated unicorn sequences at a studio on the east coast, where Meyerhoff had attended film school at NYU.  Then the film will go into post-production for who knows how long, and then it will go out on the festival circuit where, with any luck at all, it will be released into theaters nationwide and then everyone in America will be able to see how amazingly wonderful Berkeley High School graduates can be — plus they’ll get to see some amazingly wonderful shots of Berkeley as well.   And, hopefully, they may get to see some amazingly wonderful shots of me and Mena as well.

David Pratt, the Glasgow Sunday Herald’s intrepid war correspondent. puts his finger right on the problem in Libya right now — everyone else seems to be in it for the money, while the Libyan people themselves are getting screwed:

Arms traders and terrorists are only winners in Libya:  …I still believe we were right to intervene in Libya. What worries me is the speed with which we have lost sight of our original objective – helping the Libyan people – and how strategists tasked with doing that seem hell bent on ignoring the long-term picture.  As Nato bickers and the coalition crumbles, the Libyan people are still paying a terrible price.  For now, only arms dealers and Islamic terrorists look set to profit.  http://www.heraldscotland.com/comment/david-pratt/arms-traders-and-terrorists-are-only-winners-in-libya-1.1109628

Jane Stillwater- If Israel coporatists can do all these horrible things to Palestinians, than what’s to stop American corporatists from doing these things to you and me, too?

Taking AIM and Wounding Justice Through the Incarceration of Leonard Peltier