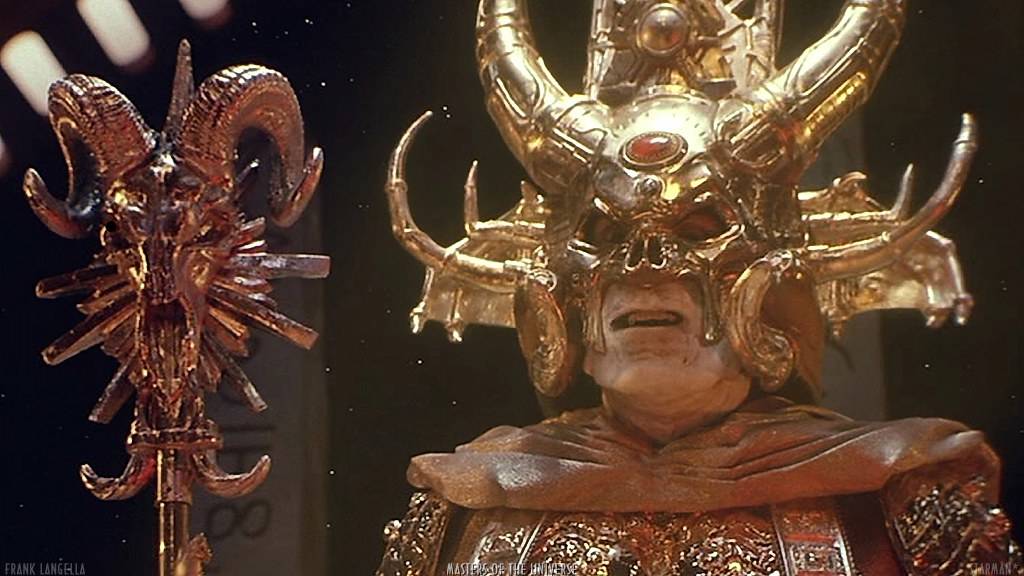 Skeletor Explains the Law of Attraction (a.k.a. The Secret of the Universe)

As Told to by The Late Mitchell Warren

In my line of work, I often write about the “law of attraction.” For a time, I never believed in it. However, after reading Skeletor’s book and seeing things from a different perspective, I realized that all of it is true. But instead of attempting to explain it myself, I decided to ask Skeletor to write an advertisement for his book. Subversify usually doesn’t advertise books without a review, but I had to make an exception in this case.

I’m not going to bother introducing myself. You know who I am. Next to perhaps Donald Trump, I have the most evil and recognized name in the universe. Well, a funny thing happened to me back in 1977. Lyn, my girlfriend at the time (before she was Evil) started pontificating about how some people are destined to be ordinary. She wondered if she and I were also doomed to remain ordinary people of Eternia, always serving others. Always dreaming of a better future, but never reaching our goals.

It was a demoralizing conversation for sure. We both detested the idea of settling for the average, and borrowing other people’s will. The idea of living miserable lives, and perishing with ordinary people on this primitive and tasteless planet. Just as I was about to start cutting myself to relieve the stress, she then said something to me that really stuck in my mind.

She said, “What if there was a secret to the universe? An unspoken law of attraction that rules the entire world in and beyond Eternia. What if you could become anything that you wanted to?”

My interest was piqued, at least until she confessed that she had lifted the conversation from Hordak. Not that I don’t love talking about my girlfriend’s exes and their wisdom of the world. (Hold for sarcasm) But Hordak was my idea of a successful man. He had power, wealth and groupies. I wanted to be Hordak. No, I wanted to be better than Hordak. I wanted to be the most powerful man in the universe and wouldn’t settle for anything less. Little did I know at the time that I was in charge of my own destiny. The Secret of the Universe was real, and it was my right. Nothing would deter me from it.

My lowly subjects and infernal worshipers, today I tell you that I have fulfilled my destiny and it was because of the Secret of the Universe. The Law of Attraction, as we call it, allows ordinary men like you perform miracles, feats of magic, sorcery. Yes, it will be in contrast to what society tells you. Men who do not crave power look back on the mistakes of their lives, pile together all the nothingness, and call it “the real world.” 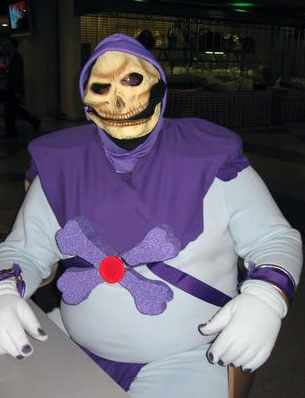 I still remember the first time I thought to myself, “I reject this world.” I reject the reality as you state it is. I want the universe and thus the universe will become my reality. No, not my personal university, but the entire fucking universe! The same one where you, and I, and everyone else lives in.

The Law of Attraction will help you to achieve anything you want in life. Once you learn The Secret, you will see things you’ve never seen before. You will attract other people to you, including hot women, slaves and other men who are afraid of your ambition. You will not only drive away in the nicest car on the block…you will fly away in a goddamned hovercraft from Hell! You will be completely free to do whatever you want, regardless of the will of others, and the laws of society.

And I am going to tell you how it works.

What is the Law of Attraction?

The Law of Attraction is, simply put, “like attracts like.” Some people mistakenly believe that The Secret has to do with positive and negative thinking, and how you alter your consciousness and program your mind. No. In reality, The Secret involves summoning a spirit force, a damned soul that has been trapped in purgatory, and robbing him or her of tormented energy in order to add to your own power. In my case, I summoned the power of a sorceress. I exploited her power, which was Grayskull’s own hidden powers. When the Great Eye of the Galaxy opened, and the moon was aligned with Eternia, I absorbed absolute power and so I was reborn into a new creation—a new identity. I was no longer nine-to-five blue collar Keldor. I was Skeletor. I was all powerful.

THE LAW OF ATTRACTION HELPS YOU TO CHANGE YOUR LIFE AND… 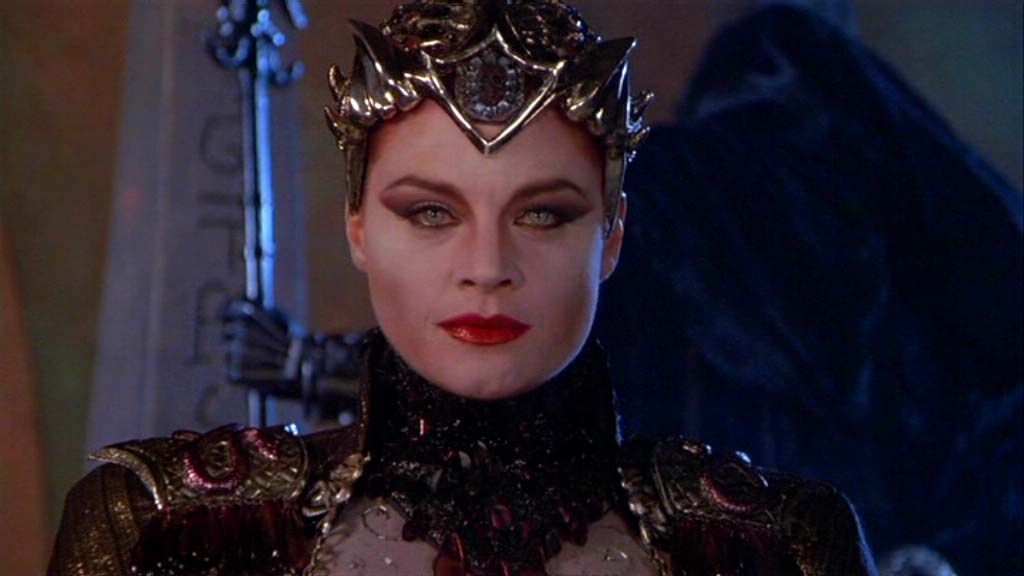 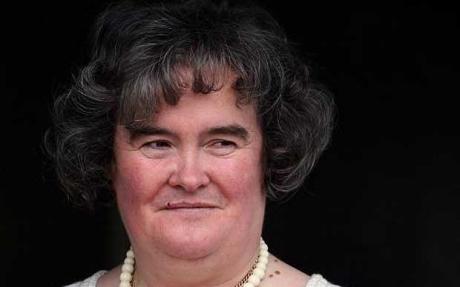 Everything comes to he who waits. The secret to cosmic attraction is in accepting the epiphany that the universe is evil. If you work towards evil deeds and thus contribute to the insatiable bloodlust of the universe, anything you wish will be yours. However, you must be an active player in reaching these goals. Whenever opportunity comes to exploit others and satisfy your own appetite for power, grab it! Don’t let go, because the universe doesn’t return phone calls, if you know what I mean.

In my line of work, I find that most people are dreamers, not doers. They think about being king of the world, but they are too afraid to reach out and grab that purple staff of change. Why is there still resistance? Because of the people. The lowly, the sinners, the beggars. Old crones. Weak, withering, dying. Contrary to popular belief, I rarely kill anyone. I find that people do a marvelous job of killing themselves and making their own lives miserable. Meanwhile, they wait. They wait for a muscle bound champion to return, to lead them. I say leave them be. These people refuse to acknowledge that I have the power of Grayskull. But why would I kill a worthless human being? If I kill them I make them martyrs and saints. No. I want to hear their broken words, I want their agony to warm me at night. The loneliness of evil can only be alleviated by the suffering of innocents.

If you want to truly learn the Secret of the Universe, then surrender your old identity. Get rid of your former habits and let go of your scruples, the morals you stubbornly cling to like a picket fence in a storm. Kneel before the universe.

Visualization helps you train your subconscious and align your soul with the destructive, murderous, engorged erection of the universe. Repeat to yourself mantras as you meditate every night. I like this one. “I must possess all, or I possess nothing.” Repeat that to yourself. Retain that negative energy. Let it nourish you from this day forth.

The doing is what truly separates us from the slaves, the cronies, the victims and the supporting characters of life. Before I achieved my empire and my castle, I made it a point to speak to my subconscious mind. I assured my immortal soul that I am Skeletor, master of the universe. I dare anything! I am Skeletor! I have been chosen by destiny by the powers of Grayskull. Within a few months, my perception changed. I was Skeletor, I was the Master of the Universe. Now all that was left was transporting my mind, the person I already was, into the physical world.

I am not suggesting that doing away with goal sheets and goal cards is practical. I do think that organization and repetition are keys to success. But too many people today, fail to recognize the pivotal role the universe plays in Law of Attraction. You must be one with the universe. You must make love to the universe.

Then, as you grin from ear to ear, reveling in the rape and murder that is your legacy, that inevitable moment will transpire before your eyes, even as the cynics and scoffers bear witness to your glory. How clearly I remember that moment for me. When I, Skeletor, became Master of the Universe! YES! Yes I feel it now. The power fills the void in my loins. I feel the universe inside me! I am becoming one with the cosmos. I am larger than life. My face flashes across a planet! The power flows through my veins like the heroin of god. A God? The God? No, I… am… a…GOD! I am your God now. Of what consequence are you? Your world, your disgusting earthly bodies…You are nothing to me! The universe is now made up my power! True, insurmountable POWER! And *I* am that force! *I* am that power! KNEEL BEFORE YOUR MASTER!

WHAT ARE YOU WAITING FOR?

DO YOU ENJOY FLIPPING BURGERS AND TAKING ORDERS FROM SOME 16 YEAR OLD?

DO YOU ENJOY MAKING LOVE TO JABBA THE HUT? 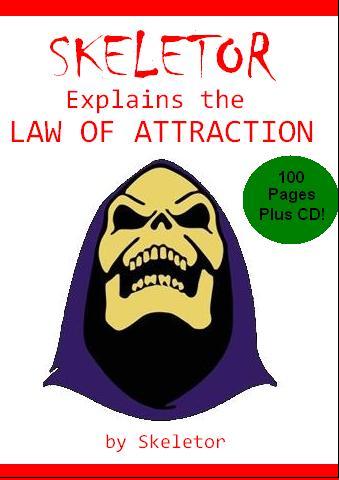 NOTE: You do get this is a parody, right? Skeletor, nor Mattel, nor Frank Langella endorses

Skeletor Explains the Law of Attraction! Who better to teach us the secret of the universe than a Master of the Universe?