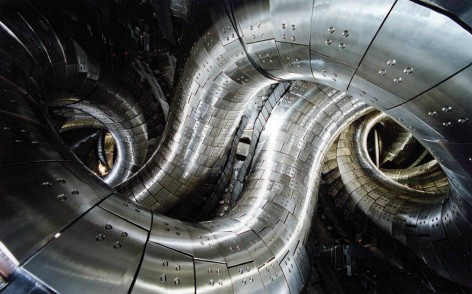 What good is “book learning”? What good or practical purpose is there in philosophy? It’s all bullshit, right?

The irony is that even those who claim not to like philosophy, politics, or reading, make assumptions — form opinions and worldviews — that guide their actions. The difference being is that those who actually explore knowledge live life in a conscious manner. Those who pursue knowledge are aware of the past and its application to the present. Those who deny or abhor knowledge live as pawns.

And my response to those who question the practicality of philosophy is that it is useless if it isn’t being applied. Any tool is worthless in the hands of a fool…

So what good is philosophy?

Well, let’s take the philosophy of nonviolence. Many great men and women over the centuries have expounded on the importance of nonviolence. You wouldn’t believe it by the way many for advocate war, but even fundamentalist Christians have to admit that at the very foundation of Jesus’ teaching lies the principle of nonviolence.

How does this teaching look when applied? Can it be applied to us everyday, normal, not-so-godly folk? Is being nonviolent in a violent world even possible? Can ordinary people practice nonviolence as a way of life? I say, that if a teaching isn’t relevant, then it’s no longer worthy. If a philosophy has no practical value, then it’s bullshit and should be dismissed.

I cannot conceive of a more humiliating, more violent experience than prison. The prison environment is structured in a way that dehumanizes people and promotes and foments violence. If you were fucked up, or not functioning too well to begin with, prison will make you worse. Violence was a reality and everyday possibility in Sing Sing. People often ask me, “How did you survive prison,” and I laugh because I know what they’re really asking is how I avoided being raped. After all, I’m not a physically imposing figure: I stand at 5’7″ and at the time of my incarceration, I weighed maybe 130lbs.

The fact is I survived prison was the way I survived anything else in my life: by using my intelligence. The martial arts begin and end in the within ones capacity to think clearly and strategically.

I broke out of my inner mental prison at Sing Sing. That’s why I have hard time when people assume that I don’t understand, that I’m too idealistic, and that their lives and problems are unique, somehow.

If I could do it (be free) in prison, you can do it out here.

My cell was my sanctuary and it’s there where I first began a regular meditation practice. My first “meditation retreat” was in solitary confinement, where the oatmeal I was served had maggots in it. Sing Sing was also where I took the basic Buddhist precepts, one of which was non-harming. Yeah, leave it to me to take a vow of peace in one of the most violent places on earth. I guess saying I like to do things the hard way is putting it mildly.

One day, I got into an argument with a fellow inmate over a game of dominoes. It was a silly argument, but as I stated before, everything in prison is magnified, intensified. We were separated before it escalated, but his last words to me were that it wasn’t over and that we would resolve the issue “in the yard.”

This was really difficult because in prison appearances are extremely important. I didn’t want to fight not because I was afraid, but because I abhor violence, always have. I also wanted to live differently. I wanted to apply these new principles of non-harming and skillful living in my life. But I couldn’t back down because then I would become prey to everyone else. I had to man-up and fight this motherfucker because if I didn’t then I would become everybody’s bitch.

That day everything seemed to get quiet and no one would talk to me. One of the worst things about prison life is the noise. It’s always noisy in prisons, so the quiet was amplified and foretold of bad things to come. There was a buzz in the air, everyone knew we were going to square off as soon as we were let out for recreation in the prison yard. The tension was palpable. One “friend” came by my cell and slipped me a shank (a homemade knife), advising me to watch out for the other guy because he had a shank too.

Here I was, in a maximum security prison, about to go hand-to-hand with an individual who was serving a 25-to-life sentence for a murder. Great Eddie, you sure know how to fuck shit up, I thought to myself. People, don’t ever tell me that I don’t understand, that my life isn’t/ wasn’t as hard/ difficult as yours.

What to do? What would a Buddhist or any enlightened person would do? On the one hand, I had to fight, there was no way of backing out and still manage to survive prison. On the other hand, if I maimed or even murdered this man in a knife fight, I could be convicted of new crime and end up in prison for a long time. Or, he could cut my face and I would be scarred for life. To be honest, I was actually more fearful of losing my looks than anything else, truth be told. I mean, I may not be the prettiest man, but I had grown accustomed to my face and I liked it the way it was.

The first thing I did was to sit and meditate. Buddhist mediation isn’t about escape or about thought control. Meditation in this context is practicing what some scientists now call the opposable thumb of consciousness, the capacity of mindfulness. It’s being present and experiencing the process of the moment without adding to it. I had one teacher say that meditation is stopping the inner argument with life. I sat for a while and watched and experienced everything: the fear, the thoughts, many unbidden, the way my body responded to my internal dialogue, the stream of thoughts.

Soon enough, the time came to leave for the yard. I looked at the shank and I decided right then and there to leave it. I made a commitment to live by the principle of nonviolence (whatever the cost to me). At that moment I didn’t know how I would do it, or if I would even survive, but I was going to do it.

I walked out in the yard and my “enemy” was across the yard, playing handball against the far wall. One of his friends tapped him on the shoulder and pointed my way and he put on his shirt and started walking along the wall toward me. He had a hand in his pocket.

I took a deep breath and walked along the wall toward him. My mind was racing now and I felt like a fool for leaving the shank because two things were obvious: 1) he definitely had a shank and, 2) I had no plan.

I just committed to walking and trying to apply the process of mindfulness to my walk — to not get lost in the seduction of my internal dialogue or cave in to my emotions. He was maybe 100 yards away from me and I could see the determination in his eyes. But I also saw something else. I saw another human being who was probably just as scared and conflicted as I was. We had been friends. We had broke bread together and kept each other company, playing dominoes and the dozens with one another. And yet here we were, ready to kill each other. Well, I wasn’t going to do it.

When we finally came face-to-face, I refused to fight him.

I said, fuck it, I ain’t fighting you, this is stupid. Why are we doing this? And he’s looking around because by now everyone is looking, hoping for violence to break the monotony of prison life — some recreation, and we’re standing there like two fools. He tells me to fight or that he will stab me, and I tell him to fuck himself that I’ not going to fight. I begin talking to him, asking him why we’re doing this. I ask him if it’s cool to be entertainment for these other motherfuckers who don’t have anything else to do.

Truth be told, I really don’t remember everything I said that day, all I know is that we didn’t fight. I refused to fight. I know I told him if he really wanted to stab me to go ahead and for a moment, I thought he was. But he didn’t.

He cursed me out and I told him to fuck himself, I wasn’t fighting. He just shook his head in disbelief and walked away.

Later, a group of mutual friends invited us both to the dominoes table and eventually we were able to resolve our problem and we even became good friends. I even taught him to meditate, though he didn’t like the idea of listening to his process. The day I left prison for the last time, that man had tears in his eyes. Many years later, I returned to Sing Sing, to tell my story of life on the outside to the men I left behind, many of who will never see the light of a free day.

When I stood up that day in Sing Sing to tell my story as a free man, many of the men I did time with, hardened men — men who had harmed and been harmed — cried openly. My friend came up to me after and told me these words, “Today we live freedom through you, Eddie. You have gone out there and shown us that freedom is something in here,” he said as he pointed to his heart. “You represent all of us here who may never be free and that’s your responsibility because you have been given another chance.”

Freedom is a process — a way of living.

Edward SantoPrieto: My response to those who question the practicality of philosophy is that it is useless if it isn’t applied. Any tool