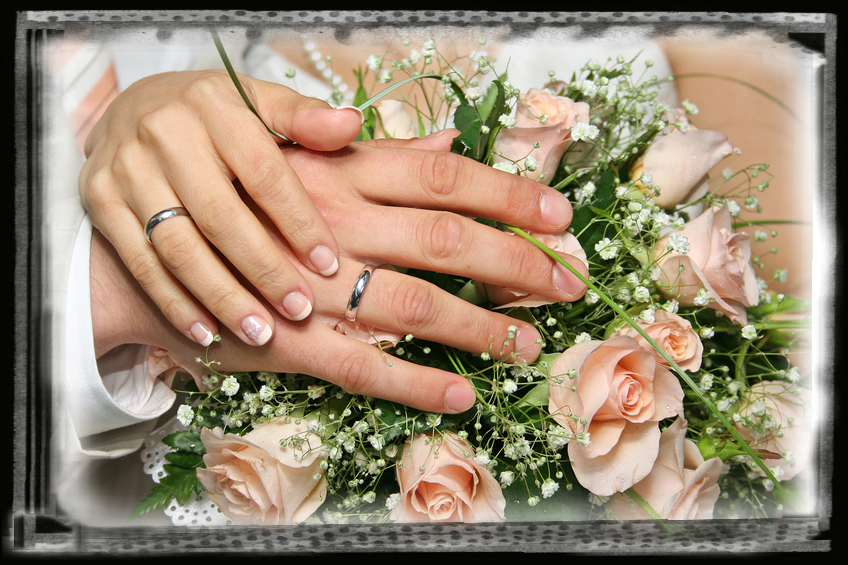 Everywhere we look we’re being told that the institution of traditional marriage is in a state of crisis!

There’s a bit of a misstatement there. And it’s not that marriage is in crisis. It’s that the institution of marriage isn’t, nor has it ever been, traditional. Human unions have gone through a number of transformations. We would be wrong to assume that it was ever a stable institution. On the contrary, marriage has always been in flux. For example, marriage has only been based on the concept of love for 200 years; before that, it was a way of ensuring economic stability and amassing political power. Historian Stephanie Coontz points out that since hunter-gatherer days to the modern era, “almost every marital and sexual arrangement we have seen in recent years, however startling it may appear, has been tried somewhere before.” So when we think of cohabitation, gay marriage, or stepfamilies as deviating from the so-called “norm,” we are wrong, because there has never really been a “norm.”

This should be a wake-up call for a country obsessed with the false perception of the nuclear family — mother, father and two kids — as the ideal. In fact, the nuclear family, as espoused by religious fanatics and “born-agains,” is actually a downsized version of the closest ideal we can say a family represented. Today’s family is a fragmented, deconstructed version caused by the exploitive effects of the industrial revolution.

We are trying to force ourselves to be something we never really were, or were for a very brief period of time. Instead, we need to be more tolerant of and open to different forms of union. People with traditional “family values” lack the skills to adapt to the social realities, such as the increased independence of women, that have changed marriage.

I would agree that many of our familial woes come from an unrealistic, idealized version of marriage. “Forever after” is (questionably) a perfect ideal in an imperfect world. I think advocating for a more liberal interpretation of marriage would help. What I am stating here isn’t new, many have had this idea before, and centuries-long historical documentation confirms it.

Coontz’s basic thesis is that what we think of as the traditional marriage — marriage based on love — was not the purpose of marriage for thousands of years. Instead, marriage was about acquiring in-laws, jockeying for political and economic advantage, and building the family labor force. If you were a farmer, you had children in order to increase the workforce, for example. Admittedly not very romantic, but very pragmatic. It was only 200 years ago that people began to believe that young people could choose their own mates, and should choose their own mates on the basis of something like love, which had formerly been considered a threat to marriage. As soon as people began to do that, all of the demands that we now think of as radical new demands — from the demand for divorce, to the right to refuse a shotgun marriage, to even recognition of same-sex relations — were immediately raised.

But it was not until the last 30 years that people began to actually act on the new ideals for beloved marriage. Social conservatives say that there has been a marriage crisis for the last 30 years, and I agree with them that marriage has been tremendously weakened as an institution. Where I disagree with them is whether this is such a bad thing. What is clear is that marriage has lost its monopoly over organizing sexuality, male-female relations, political, social, and economic rights. I agree that this shift poses tremendous challenges to us, but I disagree with the idea that one could make marriage better by trying to shoehorn everyone back into the gender roles that have been rendered obsolete. We need newer, more relevant metaphors to live by because the main things that have weakened marriage as an institution are the same things that have strengthened marriage as a relationship.

Marriage is now more optional, because for the first time, men and women have (relatively) equal rights in marriage and outside it. Women have more economic independence than in the past. This means that individuals can negotiate a marriage, and make it more flexible and individualized than ever before. So a marriage when it works is better for people, it’s fairer, it’s more satisfying, it’s more loving and fulfilling than ever before in history.

What we need to be doing is not necessarily strengthening the union of marriage as it’s been known for years, but adapting more effectively to new forms of marriage.

With every evolutionary leap, there arises opportunities as well as crises. The industrial revolution opened up new opportunities for many people, but it also created the havoc and emptiness of modernity. But the point is that there was no way to go back to turn everyone into self-sufficient farmers. So we had to reform the factories, and we had to deal with the reality we faced. I say that it is the same with marriage. There is no way to force men and women to get married and stay married. There is no way to force women to make the kinds of accommodations they used to make, to enter a shotgun marriage, or to stay in a marriage they find unsatisfying. In a very real way, “traditional marriage” was a form of rape. In order to evolve, w have to learn to adapt to both the opportunities and the problems growth raises for us.

It’s a fact that evangelical Christians are just as likely to remain single or divorce as atheists. And this is just one demonstration that this is in fact an irreversible revolution in personal life on the same order as the industrial revolution. It doesn’t matter what your values are. Everyone is affected by this. Even people who desire or perceive they are in a traditional marriage are not exempt from these changes. In this way, the divorce rates of evangelical Christians are the same as those of agnostics and atheists. And in fact, the highest divorce rates in the U.S. are found in the Bible Belt. Those who believe that sex outside of marriage is immoral, tend to get married early. And in today’s world, that is a risk factor for divorce. So that’s one of the reasons that they tend to divorce more. We are experiencing a revolutionary change in the way that marriage operates, and the dynamics of marriage. It’s so much more important now to meet as equals, to be good friends as well as lovers, to have values that allow you to change through your lifespan and negotiate. And a lot of people with so-called traditional values in fact don’t have those skills.

I think we can start from the beginning, acknowledging that people need support systems. We live in a very unfriendly environment for families. Ironically, it’s the social conservatives — the same who like to spout empty speeches about “traditional family values — who are least friendly to families. They oppose, for example, social policies that help married couples (access to healthcare, childcare, etc.). If they’re going to keep their marriages going, couples need things like parental leave, subsidized parental leave so it’s not a class privilege to take some time with your kids. They need family-friendly work policies. They need high quality, affordable child-care. So that they don’t have to call in sick or quit a job or spend hours agonizing about their kids.

The lack of these social supports for families really stresses families. So it’s very ironic that many of the people who claim to be most in favor of marriage do not spend any time building these support systems.

My name is Eddie and I’m a confirmed bachelor…
Resources
Coontz, S. (2005). Marriage, a history: From obedience to intimacy, or how love conquered marriage. New York: Viking.
Click here to go to Stephanie Coontz’ website, which offers dozens of articles by the author.

Eddie SantoPrieto- We are trying to force ourselves to be something we never were, or were for a very brief period of time. We need to be more tolerant

Dead: My safe and secure future