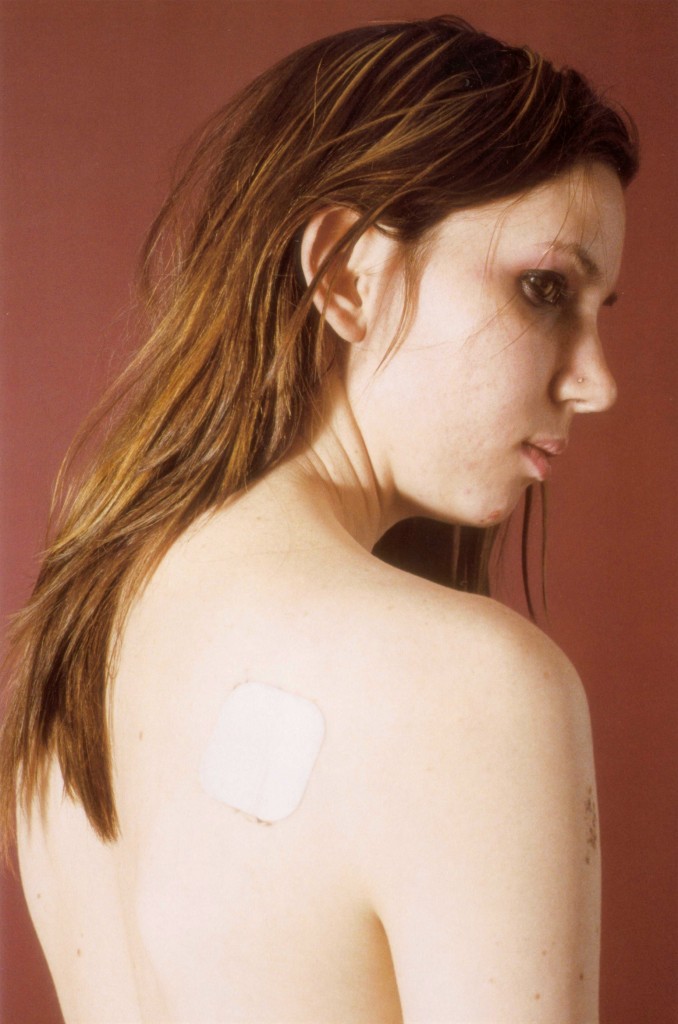 Everyone carries a shadow, and the less it is embodied in the individual’s conscious life, the blacker and denser it is. If an inferiority is conscious, one always has a chance to correct it. Furthermore, it is constantly in contact with other interests, so that it is continually subjected to modifications. But if it is repressed and isolated from consciousness, it never gets corrected.
— Carl G. Jung, Psychology and Religion

Recently US congressman, Anthony Wiener, was run out of town on a rail for engaging in a “sexual scandal” that didn’t involve actual sex. Meanwhile, prostitution enthusiast, David Vitter (who’s married and vehemently opposed to marriage equality) continues to enjoy the benefits of his office with nary a peep from other congresscritters nor the media. For me, this is indicative of just how sexually repressed we are as a nation. As long as we continue to repress sexuality, it will continue to come back to bite us in the ass in very destructive ways…

Throughout most of our history, children have been raised as innocent, asexual beings. But the fact is that children are most certainly not asexual. All the sexual organs capable of providing pleasure are present and children are sexual creatures from birth. Of course, I’m not proposing that theirs is the same sexuality we know as adults, but it is nonetheless a form of sexuality.

Freud was almost burned at the stake for saying essentially the same thing.

The baby playing with your breast is at least sensual if not sexual (and obviously not sexual in a mature sense). The two-year-old who crawls into bed between Mommy and Daddy is sexual, albeit not in the same capacity, nor the explicit sexual intent of an adult. The five year-old girl who dresses up and sits on her father’s lap kissing him and asking him if he will marry her when she grows up, is sexual. The seven-year-old who is masturbating, probably to orgasm, is sexual. The eight year-old prancing around in blissful nakedness is sexual. These are all examples of children passing through learning stages on the way to evolving into adult sexual beings. Many would find what I just wrote disturbing and I would encourage those to do some research on sexual repression. The fact remains that some of the above behavior is a mimicking of Mommy and Daddy and some from natural bodily curiosity. Whatever the case, it is all sexual though not necessarily with the adult’s awareness of what sexuality means.

The major problem in dealing with sexuality in children has always been the adult’s own hang-ups, discomfort, and embarrassment with sex. There is that tendency to ignore children’s sexual questions and behaviors, a tendency to believe that we don’t have to answer children’s sexual questions because they couldn’t possibly know what they are asking. This serves to deny the child’s sexuality because of the adult’s own uneasiness. The consequence, of course is that the child gets the message that she is asking an improper question that her mother disapproves of, therefore the child will stop risking her mother’s rejection or anger, keep quiet, and wonder silently to herself.

Meanwhile, the child feels embarrassment, shame, and, worst of all, remains ignorant of sex. As a consequence, many enter adulthood experiencing excessive sexual inhibitions such as the inability to orgasm, or the experience of an unwanted pregnancy.

Cutting-edge neurological research has shown that our physiology is like a feedback loop. This is why Eastern philosophies stressing that we are not at all separate sacks of flesh, but part of a holistic reality are so on point. Cuddling, shows of affection, kissing, etc. all actually have a direct impact on a child’s brain development and structure. (For any interested in learning more about this I recommend the elegantly written A General Theory of Love.)

Physical contact is essential for children. In many ways it’s not an exaggeration to point out it may be even more important than food. Studies have long shown that children in orphanages, for example, who received adequate nourishment but were not held, cuddled, kissed, and caressed, could not thrive and often became ill. Despite this, in our culture it is common to discontinue physical contact as the child grows older, especially with sons. Then, after marriage, we’re supposed to miraculously respond emotionally and physically without inhibitions. This is true of both men and women raised in household in which contact was taboo and emotional unavailibity was the norm. What was initially natural for them as children was proactively conditioned out of them as they grew older.

Many of us were raised in families where touching was expressly forbidden and so we pass this down to our children. Others may be so terrified of any sexual fantasies they may entertain that it can cause them to maintain an emotional and physical distance in an effort to repress unacceptable sexual feelings. Believe it or not, sexual feelings for our children begin early. It is important to understand that sexual fantasies about one’s children are normal. In fact, many mothers report having such fantasies at least occasionally.

And please, a passing sexual fantasy is not abnormal and it doesn’t mean that parents who experience these are pedophilic monsters. There’s a huge difference between sexual fantasies and acting out on them. That’s not what I’m talking about here. Acting out on fantasies will be detrimental to the child, while having fantasies is harmless. In my experience, repressing such thoughts often result in increasing the likelihood of acting out. This is why I always say that repression is not morality. Once we push aspects of our sexuality into the recesses of our consciousness, they emerge later in our shadow — exerting an enormous power over our actions, because we are unaware of them.

There is no reason to keep children from knowing that sex is an enjoyable, pleasurable activity; that sex is for fun first and for babies second. It is ridiculous (not to mention detrimental to growth) to deny the physical side of a loving relationship. It is important for children to see their parents embrace, kiss, cuddle, and act affectionately toward one another. In our culture, however, this does not mean making love in front of the children, though if you’re a parent you’re probably aware of the fantastic ability young children have at opening up doors at the most inopportune moments. I will suggest (without snickering) that it might be good to let your child know that you make love in the privacy of your bedroom; that during that time you would rather not be disturbed and any questions or problems can wait until afterward.

To treat sex with dignity and love, rather than shrouding it in mystery and shame, is an excellent way of instilling a child with a healthy attitude toward sex. Children’s sexual exploration is like all other areas of exploration. For the child it is the primary way of learning about her environment and how to make a place for herself within it. Exploration can include a girl urinating while standing up like a boy, wearing make-up like mother, playing doctor with other boys and girls down the street, and later in life even exploring sexual feelings with a girlfriend.

Physical and loving relationships with two or more girls or two or more boys is a lot more common than we like to think and a natural part of the growing up process. It does not mean that the child is heterosexual, homosexual, or bisexual. Each child will have the chance to grow into its sexual orientation as it develops. This experimentation is a part of the developmental process for many children and not a cause for alarm or worry. One should work hard not to have the child feel ashamed about the expression of budding sexual feelings.

We live at a time of sexual moral panics. There’s a pedophile under every bed, and children are wanton, sexting one another, and engaging in lewd sexual acts like no other generation… and the end of the world is coming… well… you get my drift. And of course, even a cursory look shows these fears have no foundation in reality. I will explore the issue of moral panics and how they are actually harmful to our children’s health but for now, I’ll leave by stating what should be the obvious: As adults, we do the most harm when we bring our own guilt, shame, and dysfunctional sexual baggage to bear on our children’s’ upbringing.

Edward SantoPrieto- The major problem with sexuality in children has always been the adult’s own hang-ups, discomfort, and embarrassment with sex.

To The People Who Stole My Les Paul