Dead: My safe and secure future 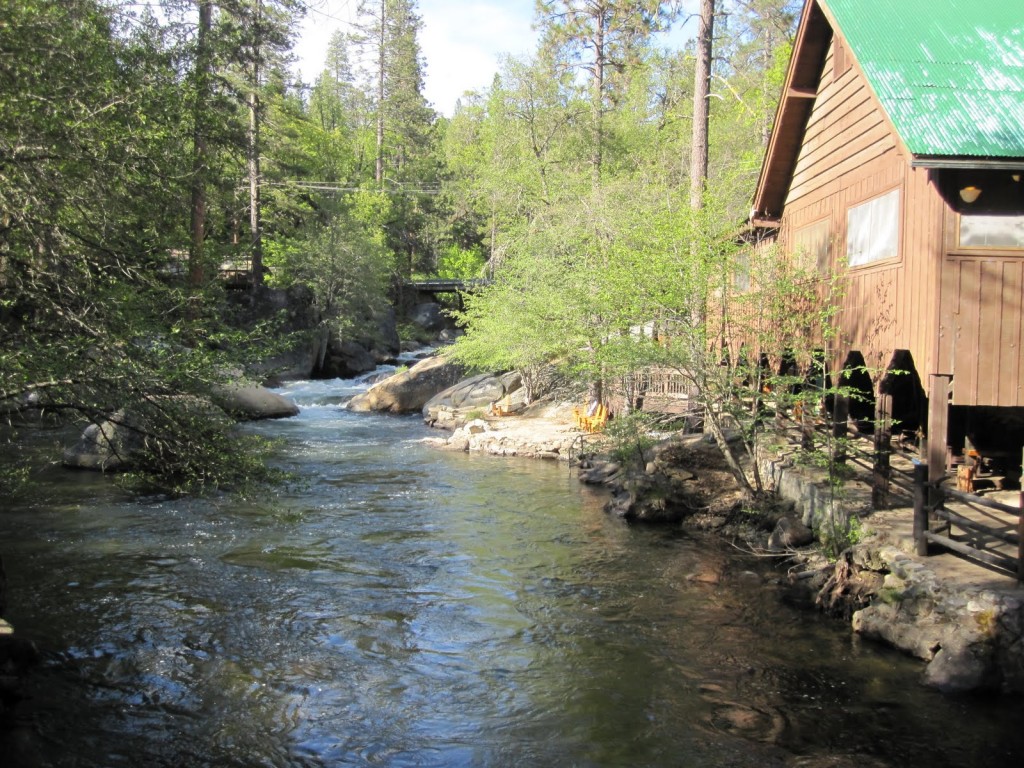 I just went camping up near Yosemite and nearly froze my [bottom] off there, spending three whole days huddled under multiple sleeping bags and madly wishing that I was back home.

“This has been the worst winter that I can ever remember,” said one old-timer we met up near Groveland.  “Snowdrifts piled up higher than the barn and then we got an additional 55 inches of rain after that.”  And it’s still raining here.  And it’s wet.  And it’s cold.  “Climate change?”  Ya think!

If every single car, truck, airplane and military vehicle in the world that uses gas, coal or electricity for fuel were to stop running completely and forever by midnight tonight, then perhaps we might stand a chance of, er, “weathering” out climate change.

But you and I both know that abandoning the world’s love affair with carbon emissions just ain’t gonna happen. 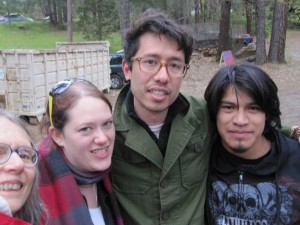 But let’s forget about climate change for the moment and move on to another dreary subject — the Federal Reserve Bank.  While I wasn’t busy huddled miserably inside of my soggy blankets next to the raging Toulumne River last weekend, I was out searching for gold.  This area around Highway 120 is a part of California’s fabulous Mother Lode — which produced 50 million dollars worth of quality ore just between 1848 and 1852, during the space of only four short years.

If I too could find just a few big chunks of gold up here, then I would never have to rely on those rascally thieves at the Federal Reserve Bank and their phony printed money ever again.

Did you know that the State of Utah just passed a law designating gold as being legal tender as well as an investment asset?  This means that if you spend your gold coins in Utah, you won’t get hit with any state capital gains tax.

According to International Business Times, “[Utah’s] Legal Tender Act of 2011 allows U.S. minted gold and silver coins to be recognized as legal tender in the value that reflects the market price for gold and silver.”  http://hken.ibtimes.com/articles/154459/20110531/utah-gold-legal-tender-gold-standard.htm. So by encouraging the use of gold and silver as well as paper money, Utah is trying to make sure that when the Federal Reserve’s money-bubble inevitably bursts, at least one state will be relatively safe from the fall-out.  And if I can only lay my hands on a few shiny nuggets up here on the Tuolumne River, then I will be too! 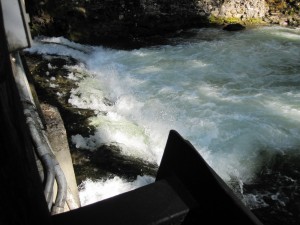 “Because sooner or later, we’re all gonna die.  And Death is the great leveler.  After you’re dead, then nothing else matters.  Can’t get much more safer and secure than that!”

“But, Jane,” you might reply, “aren’t you being really rather pessimistic today?”  Yeah.  But since stopping climate change is apparently not an option and our so-called leaders are happily continuing to rape the economic future of our children, do I really have any other reliable choice?

PS:  After I’m dead, I plan to spend my winters in Puerto Vallarta on the beach getting warm again, and spend the rest of the year eating hot caramel sundaes at Fentons and gourmet dinners at Chez Panisse — because when you’re dead, you can’t contract diabetes or put on any weight.  And I also plan to haunt the halls or Congress and Wall Street, crying, “Shame!  Shame on all of you!  You coulda done something to save the planet and you didn’t.”

PPS:  As long as I’m being completely pessimistic, here’s another amazingly sad fact that I just learned from a local health department official.  Did you know that if Americans continue to eat in the future in the same manner that they are eating now, children born after the year 2000 will become the very first generation EVER to die off before their parents do.  Yes, you read that right.  Chances are really good that your kids are gonna be buried in their graves before you are.

And it will be us at the cemetery, mournfully placing flowers on our dead children’s graves — instead of the other way around.

The average American eats a half pound of sugar and/or high-fructose corn syrup per day — and that statistic even includes averaging in all of us health-conscious types who honestly try to resist the sugar temptation.  A half-pound of sugar a day per person?  Yikes!  This means that one in three children born since 2000 will succumb to diabetes.  And it also means that, as gross obesity becomes more and more common, a whole big segment of the next generation will be falling prey to heart disease, stroke, liver and kidney failure, whatever — and dying like flies.

That is, if climate change and the Federal Reserve Bank doesn’t do them in first.

PPPS:  Here’s some good news for a change:  After having been closed for remodeling since February, Ashby Nails is open again!  According to traditional Chinese medicine, every season has a color that goes with it, so now my toenails are all sparkly and GREEN.  I am so totally chic now, you’d better believe it.  Thanks again, Kim.  http://www.yelp.com/biz/ashby-nails-berkeley

Here’s what a member of the current draft-eligible generation thinks about “war”.  Minus some of the R-rated language, I totally agree:  “A lot of sh*t comes up that we would like to vote on — such as the bailouts and ‘war’….  We’re willing to kill people and f*ck people up just because we are greedy….  We have U.S. army troops guarding poppies.  90% of all heroin comes from a place we are supposedly protecting for ‘Freedom’?  While Halliburton makes billions of dollars off this ‘war’?” http://www.youtube.com/watch?v=D0dUWobhzbs&NR=1

From Mother Jones magazine [including charts, maps and incredible video of living through a tornado in Joplin http://www.youtube.com/watch?v=W-P4P68YyNM&annotation_id=annotation_798728&feature=iv]: Warmer Ocean Fueling Tornadoes:  …We know that spring’s a bad season for tornadoes.  We know that La Nina years fuel stormy Aprils.  But 2011 is redefining even those parameters.  …Unusually warm surface waters in the Gulf of Mexico—about 2 degrees Fahrenheit/3.6 degrees Celsius warmer than normal—may be a factor in this season’s tornado frequency and strength, according to National Weather Service director Jack Hayes.   Add that to an uncommonly southward jet stream track, reports Scientific American, and you’ve got a recipe for the kinds of disasters we’ve been seeing so far this year….  http://motherjones.com/blue-marble/2011/05/warmer-ocean-fueling-tornadoes
****

How To Brainwash Your Children