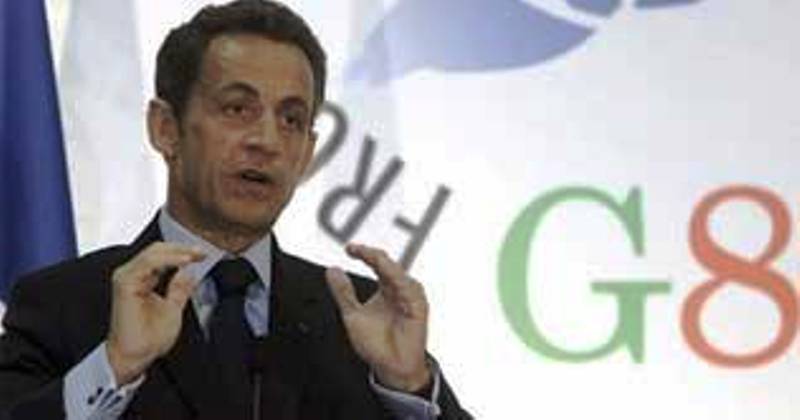 On Tuesday (5/24/11) French President Nicolas Sarkozy challenged the principle of an unfettered internet. Sarkozy, kicking off the conference, said “Governments need to lay down and enforce rules in the digital world even as they need to foster creativity and economic growth with the Internet.”  This, in preparation for the traditional G8summit being held this week, where net neutrality will be discussed.

Sarkozy started his statements by praising internet entrepreneurs for their ingenuity, comparing them to the likes of Galileo and Einstein.  He went on however to state that the companies operating on the internet need to know that governments such as France and one would assume from his statements, others have “red lines which will not be crossed.”

He went on to compare the internet to the Wild West which somehow the French President feels was a lawless, anything goes type of place.  It’s not a very good comparison as might vs. right and winner takes all was the order of the day.  It seems to me that a good look at the cattle industry operations in the actual Wild West prove that the internet under his suggestions would be more similar to the Wild West than he thinks.

Cattle Barons ruling the west bought up property and pushed out homesteaders and sheep ranchers alike.  Anyone trying to make a living in or near their areas would be offered an opportunity to either move on or their name would be given to the likes of the Pinkertons to make sure they disappeared.

It is this type of mood that the suggestions Sarkozy makes sets up.  In fact most of the players invited to his E-G8 conference were those who have already shown their colors in terms of cooperation.  Big conglomerations that have consistently rolled out information to the government on their users like Google and Facebook which recently readily sold out those connected to Wikileaks users in the U.S.  Even some people who had no idea Wikileaks had diverted information through their systems.

This in itself is a little bit hypocritical given that Facebook got its start promising anonymity and protection and even went to bat against the College Board where it was conceived to do so.-If you believe the Facebook mythology.

Governments are beginning to see complete net neutrality as a thorn in their foot.  While up until now internet tools like Twitter have assisted in rallying protests and even overthrowing governments, the providers of such services are facing pressure to make changes in the name of things like “fairness” and “safety” Says Google’s Schmidt “My own opinion is that most governments are having trouble with that shift in power,” he said. “So rather than sort of complaining about it, which is what everybody does, why don’t we see if we can harness it?”

During an e-G8 panel talk, Schmidt said: “You want to tread lightly on regulating brand new, innovative industries. … Clearly you need some level of regulation for the evil stuff. But I would be careful about over regulating the Internet.

But what exactly is all this “evil stuff” we are getting worried about?  For France is has long been copyright issues.  This came to light in 2009 when France and Sarkozy blocked Google inc. from digitizing its literary treasures.

The other “evil stuff” mentioned?  Shielding Facebook users from unsolicited invitations.  That’s right the evil overlord of your choice is unfairly using the internet to try to get you to buy stuff from IKEA when you don’t want it and clearly the government should be involved.

Apparently Germany is particularly freaked out about the unsolicited invitations and had threatened to issue a block to Facebook which is why you now have the option of having a super-strength privacy https address rather than the pussy-weight privacy address http.  The Germans also called Americans laissez-faire in their privacy attitudes in comparison to them in particular and Europeans in general so take that up with them next time you’re in Hamburg, where incidentally there are more cameras taking pictures of private citizens than a lot of U.S. Airports.

What seems clear in the wake of the internet being used for revolution, subversion and food truck updates is governments want more control over what sorts of things are allowable.  What remains to be seen is how far the leading companies will go to comply. From the looks of it Facebook has pretty much already put its tail between its legs.  However there are other companies out there not ready to do so, like a Russian internet advertising company founded by Andrey Skveshnikov, who stated ‘In Russia we have a saying that the most help the government can offer is not to interfere. The devil is in the detail.’

The Devil is in the detail and we would all do well to remember it.  Once we start making rules there is a precedent, and precedents are used for all sorts of nefarious deeds.  We the users of the internet need to decide how much freedom we want and what that may mean very soon is boycotting popular social networks that won’t support our needs.

Grainne Rhuad- French President Sarkozy called a pre-summit summit to discuss protecting private citizens from “evil things” on the internet. Just what are these “evil things”?