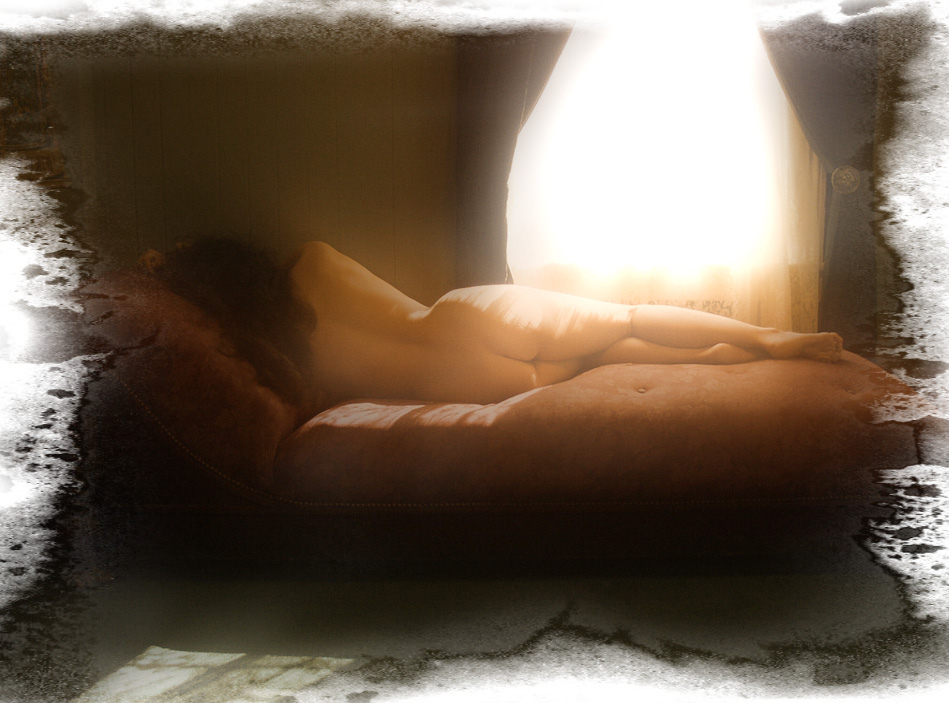 Starting from Where You Are

People? The following is not what I mean by fucking:
The average orgasm is ten seconds long, and the average frequency of sex among couples is twice a week. Twenty seconds a week, in fifty years of sexual activity, is about fourteen and a half hours of orgasm. Sheesh! For this paltry amount of time, we devote how many thousands of hours thinking about sex, worrying about sex, fantasizing about sex, wishing for sex, planning for sex? The average time from entry to ejaculation is less than six minutes, which for a woman usually equates to extended stimulation without resolution.

In this kind of “grunt” sex, because the emphasis is on release (like sneezing), people are not experiencing (nor looking for) the flow of sexual circulation throughout the whole body. People like to talk about g-spots, clitoral and cervical orgasms, but — fuck! — have you ever fuckin’ had a whole-fuckin’-body orgasm?!! Even if you were looking for it, you couldn’t experience it because you are too focused on the genital part. Yeah, that goes double for those of you that claim only to “make love.” When the focus is on the genitals and your other channels stay closed, I don’t care what you call it, you can only experience a momentary release, as opposed to an explosive/ implosive orgasm of expansion.

This is not fuckin’. I call rutting.

Don’t get me wrong, I enjoy a good rut as much as the next guy/ girl and feeling such physical pleasure is a good thing…

Because fucking is spiritual, folks, no matter what context. Let’s stop compartmentalizing sex. Sex is sex. It comes in all varieties and flavors and whether you call it casual, or “making love,” or fuckin’ it’s all sacred. We create (or abide by) these arbitrary categories, but how valid are they?

Fuckin’ is fuckin’Goddamit! Fuck all that other noise!

However, people at different stages of development create different scenarios. For example, when we bring our ego-driven selves (the “mini-me’s”) to the bedroom (or hotel, or elevator, or subway ride), sex is all about desire and need. If you don’t believe me, just turn on the radio and you will be assailed by song lyrics such as, “I want you, baby,” “I need you, “ “I can’t live without you… ” we are bombarded daily with novels, movies, and poetry all reflecting the same longing and unquenchable thirst.

Our masculine essence, when hijacked by the ego, compels us to do things, fix things, to break out of limitations. Most men are unable to relax because there’s always something to do, something to conquer, some problem needing attention. This low-level, preconscious anxiety leads to tension, pent up feelings that need release. The masculine seeks all kinds of ways for release. When a man sees a woman’s soft breasts, or thighs, or an energy, an excitement is created in him. The anxiety of ego-driven living obstructs this energy, stops the easy flow sexual energy through the body as it should. Instead of it becoming a basis for opening, it becomes tension trapped in the genitals.

Oftentimes, men rush into sex driven by an insatiable hunger, in the process turning it into a very quick operation. Ejaculation and orgasm brings a few moments of temporary release — of the illusion of freedom from desire and pressure. Ever notice men fall into blissful oblivion after spewing?

Ladies, you’re not exempt. When a woman is subdued by her ego-driven needs, she learns to block the free circulation of energy in her body. The pain of not being able to feel and give her love through her body causes her to shut down. Many women carry tension in their vaginas left by superficial sexual interactions. Women generally turn to sex as a way back to love, a way back to relating, but her man’s preoccupation with finding a quick release often leaves her stranded on the shores of desolation. Or, as a friend likes to say, “The train leaves the station too quickly,” leaving her abandoned with all her sexual gifts, alone on the platform in all her finery.

All dressed up and nowhere to go.

For it is the feminine in all of us that compels us to open more fully. It is the feeling of separation that causes us to want to open fully and surrender, and initiates sexual attraction. The feminine in all of us is a devotee that wants to be taken by the Divine. Face it ladies (and some men), when you see a man that exudes control, be it physical, emotional, or spiritual, you long to be taken over by that.

A real man, or pure masculine essence, reminds us of our longing to surrender.

Unfortunately, the best we can strive for, while caught in the grips of the narrow confines of ego-driven desires, is a more pleasurable, powerful, longer, and deeper orgasm. We all have conditioned ourselves to tense up our bodies as a way to create pleasure, and then to release that tension. For a man that is manifested as ejaculation, for a woman as whatever fuckin’ kind of orgasm happens to be the flavor of the month. So each of us stays limited within our own body, rubbing genitals and boundaries with one another. It’s like two people separately having sex together in the same bed.

But what happens to sexual energy if you’re evolving as a spiritual being and you enter sex from a more expansive perspective — beyond the small ego? Perhaps what happens is that instead of using sex to get to release — that little piece of dying — it instead becomes a means to give that with which you are already overflowing. In this context, sex becomes an act of worship and generosity of spirit — not just a give and take, but a give and give. Only when we dare to live our deepest promise in the body, will sex become alive and passionate, in the service of fullness and love rather than merely need and lust.

And… this kind of sexual awakening doesn’t have to happen with a special person, or only on special occasions. It becomes the expression of the masculine* meeting the feminine* and consciousness penetrating life, of love giving to and nurturing our spiritual evolution.
Put that in your piper and smoke it! LOL.
Love,
Eddie
PS: Sex is good for you!

*Note: When I refer to masculine and feminine essence, I am not referring to gender. Rather, I am referring to an energy — much like yin and yang.

Eddie SantoPrieto- When we bring our ego-driven selves (the “mini-me’s”) to the bedroom, sex is all about desire and need. If you don’t believe me

Empire is a Disease