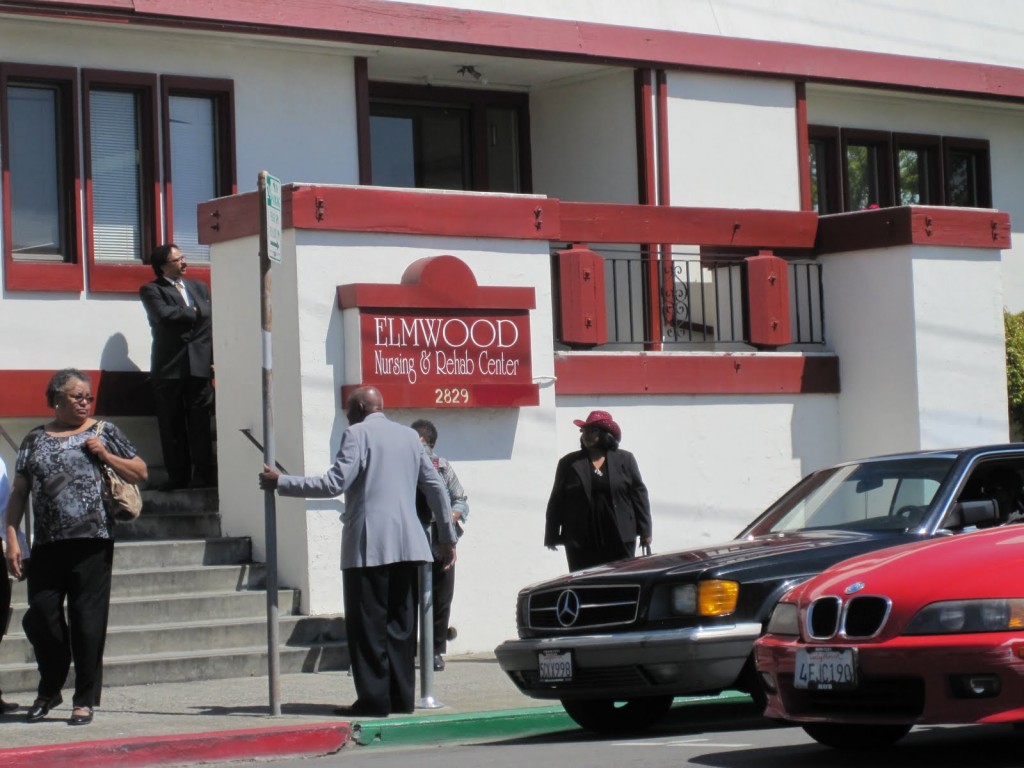 One thing that I’ve been noticing recently is that there are a large number of “assisted living facilities” operating in South Berkeley right now.  Fascinated by the concept of why so many of them have located in this particular section of my home town, I decided to investigate.

“How come there are so many rest homes located here?” was the question that I had planned to ask as I began my grand tour of the old folks homes of South Berkeley.  There must be at least seven or eight of them right within blocks of where I live — not to mention two rather large HUD-sponsored senior-citizens housing complexes also located nearby.

I got my answer at the very first assisted-living facility that I went to.  “About sixty or eighty years ago when most of these places were built,” said a nurse at the front desk of a rest home over on Ashby Avenue, “land in South Berkeley was relatively inexpensive — and so people started building facilities in this area.  But even more important than that is the fact that all these facilities are very close to one of the major hospitals in the region — Alta Bates.”  Duh!  I shoulda known that!  Two out of four of my children were born at Alta Bates.  I used to take my kids to its ER when they occasionally broke bones while roughhousing with the rest of our housing project’s 40-odd mini-thugs.  Of course. 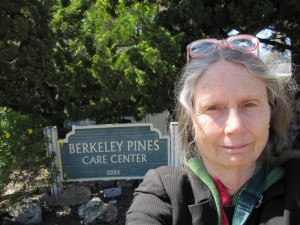 “Actually, the larger facilities that you see around here are only the tip of the iceberg.  There might be upwards of fifty more of them located in South Berkeley — small units, family-run, holding only a few elders at a time.”

I also talked with some of the residents at the rest homes I visited.  Most of them liked the one they were staying in, said the staff was nice and that the food was good.  But one older woman — who declined to tell me her age but looked to be almost a hundred years old — was sitting in her wheelchair out in front of one facility, seriously contemplating making her getaway!

“I hate it here!” she cried.  “The food is lousy!”  Apparently as one gets older and more frail, and one can’t do all that other stuff one used to do easily, then eating and food become more and more important.  Although food has ALWAYS been important to me.  And when I was embedded in Iraq, food was the number-one hot topic among the Marines.  I loved Iraq!  Everyone there loved to talk about food and the Dining Facilities there were absolute works of art!  My kind of people.  But I digress.  Plus everyone else I talked with at this elderly lady’s facility loved the food so maybe she was just having a bad-hair day. 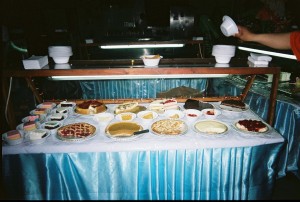 But as I toured old folks home after old folks home here in South Berkeley and saw dozens of elderly people in the last stages of their lives as they waited around for the Big One, there was something odd that I noticed — something that was missing.  I hadn’t seen any elderly corporations sitting around in the hallways and reception rooms of these places, also waiting to die.

I saw no General Electric, no Monsanto and certainly no Koch Brothers Industries or Citizens United — waiting patiently for their inevitable ends to come.  Why is that?  If corporations are legal personhoods, why do THEY get to escape from the Grim Reaper and live forever while the rest of us “persons” do not?

PS:  The developers who appear to dominate the Berkeley City Council these days are always talking about trying to turn West Berkeley’s industrial area into another Silicon Valley.  Why don’t they alternatively follow South Berkeley’s example and turn it into another “Assisted Living Valley” instead.

Not only that, but we could build a whole bunch of high-quality medical centers here for the new rest homes to be satellites off of.  I mean seriously — what doctor wouldn’t just LOVE to live here in Berkeley?  Plus we already got all those bio-medical research companies here.  And how about a west-coast branch of the Mayo Clinic?  Plus UC Berkeley could open a hot new medical school here — there’s now a crying need for trained doctors and even Cuba is having trouble keeping up with the demand.  Plus perhaps all those huge blood-sucking healthcare insurance companies could find a home here as well?  Nah.  West Berkeley is too far away from K Street. 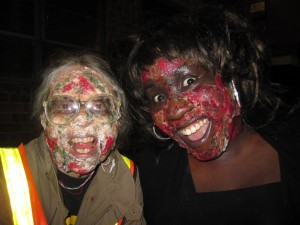 BTW, I just aced playing a role as “Main Zombie” in a recent student film shot at a local digital arts school.  And I bet you anything that when America’s major healthcare insurance companies see me all dressed up in my zombie costume, they will surely want to hire me — since they already have a strong passion for creating armies of uninsured healthcare Undead.

PPS:  I just finished reading “The Portable Dorothy Parker” and it seems that Parker, who had made innumerable attempts at suicide during her lifetime including drinking a whole bottle of shoe polish, had finally come to the conclusion that it was actually a good thing that life was so painful for her.

“If it wasn’t for life’s pain and unhappiness — then how would we know that we’re alive?”  When you stop feeling the slings and arrows that life throws at you, then that means you are dead.  So be happy for any misery that comes your way.  Why?  Because it reminds you that you are still alive — and not the alternative. 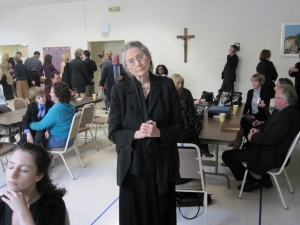 PPPS:  But on the other hand, never fear death either.  “Tis a far, far better place I go to….”  Death, like birth, is a whole new adventure, one that is to be looked forward to and cherished as one of the great road-markers of life.

And perhaps corporate personhoods should also give death a try — in order to prove that they too are human and not just zombies feeding off the blood and guts of We the living.