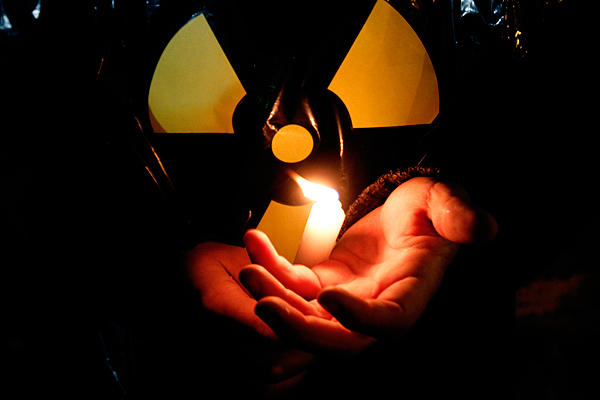 Well, it appears that the situation at Fukushima, Japan is much worse than they told the public… just as I told many shortly after it happened. Having been an operator at an oil company and having, at one point, considered going to work at a nuclear plant (until I investigated and understood the dangers), I know a thing or two about what happens when an upset occurs. I also know about the cracks in the reactors in
Texas at the South Texas Project in Bay City caused by a poor concrete job (I wonder if the same contractors went to work for Halliburton?). The story made headlines at the time, but they seem to have the info buried in pdf files now.

It seems that President Obama gave the go ahead to TEPCO, the company who built the Fuk-U-Shima reactor, to build a couple of their fine nuclear plants in Texas.  This article from an actual nuclear plant operator might be of interest to you.

Bad welds are sometimes a problem for units as well.

Nuclear power is far from “Green Energy.” How can you consider it green energy if it destroysand kills everything living? The truth is, nuclear power plants are a cluster fuck waiting to happen. I recently had an argument with a nuclear power plant engineer calling him on his bullshit on a friend’s blog. He was spouting the usual company rah rah crap company line saying that a meltdown was impossible;  the water was going to cool the core down, blah, blah, blah. I pointed out that it’s awfully damn hard to get water into a vapor-locked cooling system, especially on one where the temperature continues to increase. You might be able to BS the public, but it’s not quite so easy to BS an operator who’s had to deal with such experiences and had to argue the errors in their engineering theories. What looks good on paper doesn’t always translate so well into the field. Theory and practical application are two different things. We all now know that the company line was horse hockey.

You may remember the movie “China Syndrome” which was about an accident at a nuclear power plant. A little while after the movie had come out, the Foxboro water level indicator on our Catalytic Cracking Unit failed and falsely showed that the water level in the cooling tower was full. In actuality, the water level was so low that it caused our pumps to fail. This caused a huge upset in our unit. This caused a huge amount of hydrocarbons and other toxic chemicals and heavy metals to be released into the environment. Luckily, they were just harmful and not radioactive. If you’ve ever messed with a nuclear power plant simulator, you might get a little bit of an idea of how things can go horribly wrong. If you haven’t, here’s a free download of one from C-Net. I haven’t used this one yet, so I don’t know if it has the “stuck water level indicator” routine in the program.

All you have to do to understand the destructive potential of radiation poisoning is to look at some pictures of the survivors of the U.S. bombing of Japan and read up on the deadly effects they suffered in the long term. Although the Nagasaki and Hiroshima nuclear bombings are an intensified example, the effects of exposure to radioactive material, smaller prolonged doses still cause the cancers and after-effects which the Japanese suffered from the bombs. The U.S. Environmental Protection Agency site states the following.

Stochastic effects are associated with long-term, low-level (chronic) exposure to radiation. “Stochastic” refers to the likelihood that something will happen. Increased levels of exposure make these health effects more likely to occur, but do not influence the type or severity of the effect.

Cancer is considered by most people the primary health effect from radiation exposure. Simply put, cancer is the uncontrolled growth of cells. Ordinarily, natural processes control the rate at which cells grow and replace themselves. They also control the body’s processes for repairing or replacing damaged tissue. Damage occurring at the cellular or molecular level, can disrupt the control processes, permitting the uncontrolled
growth of cells–cancer. This is why ionizing radiation’s ability to break chemical bonds in atoms and molecules makes it such a potent carcinogen.

Other stochastic effects also occur.  Radiation can cause changes in DNA, the “blueprints” that ensure cell repair and replacement produces a perfect copy of the original cell. Changes in DNA are called mutations. Sometimes the body fails to repair these mutations or even creates mutations during repair. The mutations can be teratogenic or genetic. Teratogenic mutations are caused by exposure of the fetus in the uterus and affect only the individual who was exposed. Genetic mutations are passed on to offspring.

Non-stochastic effects appear in cases of exposure to high levels of radiation, and become more severe as the exposure increases. Short-term, high-level exposure is referred to as ‘acute’ exposure.

I can understand President Obama being mad at Texas, considering the asinine legislation and textbook changes that are destined to affect the rest of the United States, but HEY Mr. President, you DO have some supporters here you might not want to kill off. You don’t need to be so corporate-serving. Believe me;  the legislators in Texas are corporate-serving enough.

Space Eagle- Nuclear power is far from “Green Energy.” How can you consider it green energy if it destroys and kills everything living? The truth is, nuclear power plants are a cluster fuck waiting to happen.

Subversify Resurrects Before the Rapture