Empire is a Disease 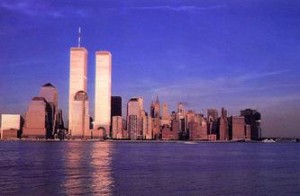 Dancing With Bin Laden’s Corpse At The Twilight of Empire….

“A nation that makes a great distinction between its scholars and its warriors will have its laws made by cowards and its wars fought by fools. Empire is a disease. The tyranny we impose on others we will finally impose on ourselves.” – Thucydides

Well, he’s dead. Or extremely sleepy. I can’t ever tell which from his photos. I don’t imagine releasing a pic of Bin Laden dead is going to prove much.

However, now that the Coroner has certified him as ‘really, most-sincerely dead’, and the Munchkins have left-off hanging on the White House fence singing “Ding, Dong; The Bastard’s Dead!”, it’s time to look at a few facts.

First, Bin Laden was more of a finance-guy/spiritual head of AlQaeda. It was his millions which jump-started the organization; something I learned long ago is that it’s the guy with the gold what makes the rules; by default his opinions become Holy Writ, and his word becomes law, if only in his organization.

Second, it was other people who did most of the planning and were the ‘idea guys’ within AlQaeda’s senior organization. It’s rare that the boss makes the decisions in an outfit that large; he hires a legion of Don Drapers and other ‘Mad Men’ to come up with the corporate vision.

For those two reasons, killing Bin Laden might make a few people feel good – but it’s not going to solve anything. Quite the contrary; just as we’ve created more enemies than we can kill, we might have created more problems with this action than we’ve solved.

We can count on the Usual Gang of Idiots, spreading conspiracy theories. We can count on Obama’s approval-rating going up a few points. We can count on the euphoria of death, and several million rednecks screaming, “Yeah! We won! Fuckin’-‘A’!” (It doesn’t take much to get the proles whipped up into a good old-fashioned Two Minutes Hate any more – the media have that down pat.)

We can count on more of the same nonsense from the Tea Party types. Judson Phillips, head of the Tea Party Nation, said today that Bin Laden’s death came in spite of Obama, and that “The bad news is Obama is going to do what most politicians do, especially the liberal politicians. He is going to take credit for something that not only he had little to do with, but had we actually listened to him, the event never would have happened.”

Fox News is going to bloviate on all this, as well as CNN, the big three networks, and a half-dozen newspaper and magazine pundits. It’ll all amount to the same thing – hot air. The same people are going to say the same things, availing nothing.

Let’s go back to reality:

America is still an empire. We’ve created more enemies than we can kill, folks (the fact that the State Department issued a world-wide travel advisory for Americans is mute testimony to this). Bin Laden’s death isn’t going to end the wars in Afghanistan or Iraq; it’s not going to close Gitmo (in fact, the government has carefully-spun this event as an apologetic for its Guantanamo concentration-camp and the torture of illegally-detained citizens of other countries); it’s not going to roll back the Military Commissions Act or any of the assaults on our civil-liberties, and it’s not going to cure the heartbreak of psoriasis, either. Bin Laden’s death is going to be a footnote of sorts in a couple of weeks (drop me a note using the ‘PM Me!’ link at the top of the page if you’d like to place bets.)

Everyone is still cheering for the American stock market as ‘proof’ that our economy is ‘recovering’ – when what’s really happening is an inflation-scheme by way of the Federal Reserve selling bonds to itself through a handful of Wall Street banks. This wholesale looting of the U.S. Treasury is possible because (1) we are the world’s reserve currency, and thus (2) we have the luxury of buying our own debt. Everyone’s grandkids are well and truly screwed – but the real hope here is that we’ve pushed the problem off two generations before the bill comes due – and once this tawdry attempt to pump up the securities-markets fails, as it must, we’re going to have to admit that the ‘recovery’ is a sham.

Oil is still over $100 barrel; I’m sure that the government will take credit for the fact that it dropped a dollar when the news about Bin Laden was released, but that’s still not going to make it any easier for people to get to work this week plus pay their bills. In a few years, the cost of the stuff is going to be so prohibitively expensive that it’ll be impossible to drive from Portland to Seattle without taking out a loan, let alone do any of the grandiose things which the government is discussing (going to Mars; etc.)

45% of Americans still have no health care.

25% of American children live in poverty.

One in two mortgages in America are ‘underwater’

One in ten homes will foreclose this year.

Nearly 20% of the American workforce is unemployed. Many are homeless and living in the street.

While we’re at it, we should remember a few more things by way of perspective…

First, we were the ones who brought Bin Laden and his henchmen to the party and taught them how to dance. We shouldn’t be surprised that they got good at it.

Second, we should remember that in fighting these people, we’ve become what we feared. We are not safer today for our ‘war on terror’ – in fact, we are far less safe than in the days before 9/11. Further, there are now draconian laws on the books which leave the average American one stray comment from having a couple of Taser prongs shoved up his or her ass and their writhing body thrown in a cell. If the government has their way, the next time you renew your passport, you’ll have to complete a dossier for them – in essence, telling the government everything you’ve ever done. (Count on passports becoming a requirement in a couple of years, by the way – they’re locking the borders down; one of the requirements of an Empire which needs a constant supply of slaves for the mines, cannon-fodder for the wars, and bright-minds to keep designing cluster-bombs and the like).

So, before you celebrate – remember: Empire is a disease. America is sick; everywhere the evidence abounds, from Fundie preachers who promote violence as a means, to government and business ‘leaders’ who are trying desperately to keep the stench of a dead democracy and a dying economy from frightening us all into panicked action.

Remember that anyone can be imprisoned or killed. There’s a ‘detention facility’ at Guantanamo Bay which proves this; a place where fourteen year old farmer’s sons and cab-drivers are held without trial.

Remember we were great, once.

W.D. Noble- Now that Osama bin Laden is “really most sincerely dead” it’s time to look at the facts of what this whole endeavour has cost the world.