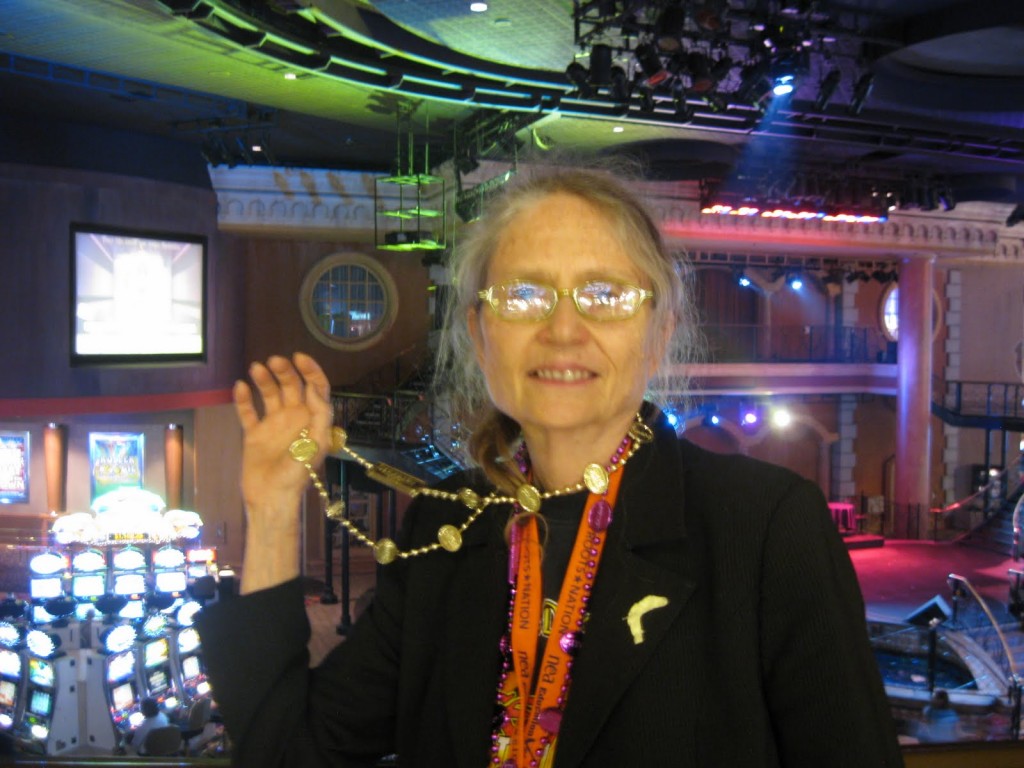 I recently got an e-mail from a friend of mine who is truly a Marine Mom — being the proud mother of four (4) Marine sons who have either served in Iraq or Afghanistan or both.  “Now that Osama bin Laden is dead,” Marine Mom wrote me, “now they can finally bring our troops home.”  Don’t I wish.  But as long as war profiteers such as Halliburton, CACI, DynCorp, Bechtel, Chevron, Aegis, Boeing, Lockheed-Martin and General Electric think that there is even one last spare penny to be squeezed out of the blood, sweat and fears of American taxpayers by selling weapons, then America will remain in Iraq and Afghanistan forever.  I’ve been to both countries.  I know.  There’s money to be made there.  Endless war.  Milk it for all that it’s worth.

And speaking of milking American taxpayers for every spare penny they can, the Pinnacle Financial Group apparently is also specializing in this line of work — enthusiastically milking any and all the poor suckers who fall behind in their T-Mobile or Verizon payments, happily milking them for all that they are worth too. 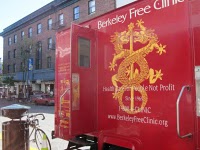 Another mother I know just e-mailed me a rather sobering story about how her adult daughter had fallen behind in her cell phone payments because she had been laid off of her clerical job, and  how her daughter had then been hounded and plagued by a collection agency.  Well, okay so far.  After all, isn’t that a collection agency’s job — to hound deadbeats?

But this particular collection agency has apparently taken things too far.

For the past two months, my long-suffering friend’s phone has been ringing off the hook with calls from the Pinnacle Collection Group in Minneapolis, demanding money from my friend’s daughter — who doesn’t even live with her mom.

Finally, after about 20 annoying calls from Pinnacle, my friend demanded that the agency take her phone number off their list.  “My daughter doesn’t live here, you have the wrong number, please don’t call me again,” she told them over the phone.

And the rep from Pinnacle then SCREAMED at her.  “We can’t do that!  Your daughter gave your number as her contact number.  We have the RIGHT to keep calling!”  And then the rep hung up on my friend.  Hung up on her!  Like she was some sort of criminal.  Then my friend had a heart-to-heart talk with her daughter.  “Can’t you just pay them off?”  And her daughter replied that she had already fully paid back T-Mobile after she had finally managed to find a new job.  And yet Pinnacle keeps calling and calling my friend’s house?  Huh?

So my friend called the police and the police said to write to Pinnacle a letter to tell them to Cease and Desist — which she did.

And I also rose to the occasion and did some research about debt-collection agencies in general and Pinnacle Collection Group in particular — and it turns out that debt collection, like the endless “war” in Iraq and Afghanistan, is just another racket, another sleazy money-making scam. 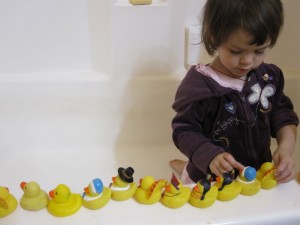 And according to Google, my friend is not the only one who is being harassed by Pinnacle.  Got a few minutes?  Want to get entertained?  Here’s a whole bunch of statements from truly angry people regarding their experiences with this nasty agency:  http://www.callferret.com/pinnacle-financial-group.html

But wait.  It doesn’t stop there.  Apparently, even if you have already paid off your debt and provided airtight proof to Pinnacle, they will still hound you — or your mother.  And apparently they will still keep taking money out of your account even after you have paid them off completely — or out of your mother’s account.  Happy Mother’s Day!

And if Pinnacle can run this scam on my friend’s daughter and get away with it, and is also running this scam on thousands of other Americans, let’s do the math.  If each unwitting victim ponys up, say, one thousand dollars each and Pinnacle is doing this thousands of times a day, that’s a whole bunch of money to be made.  That’s debt profiteering!

Can we vote war-mongers out of office?  Not unless we have expensive lobbyists and campaign managers working night and day on our behalf.  Can we just phone up the Pentagon and tell them to back off?  Yeah right.  Can we gather millions of angry Americans in Washington to protest needless war?  Been there, done that.  No results.  Can we just stop paying that hefty 54% of our taxes that goes to “defense” spending?  And end up in jail?  No thank you to that one either. 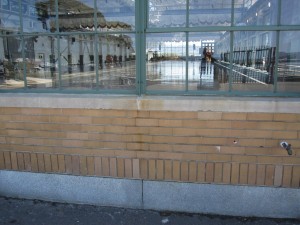 Or can we do what Julia Ward Howe recommended in her Mother’s Day anti-war proclamation of 1870, written after she had seen the terrible after-effects of America’s brutal Civil War — the suffering endured by returning soldiers and their families.  She called these effects “Soldiers Hearts”.  We now call them PTSD.

According to Gary Kohls, M.D.,  “What was an unexpected development for many of the families of the returning soldiers — both North and South — was the fact that many of the veterans who had no visible scars were still disabled mentally, many of them getting worse after they came home.  The healing effect of time didn’t work like it was supposed to in the combat-traumatized victim of war.  These ones commonly became melancholy, suffered horrendous nightmares, couldn’t function in society and were frequently suicidal, homicidal and/or turned to a life of crime.”

Here’s what Julia Ward Howe suggests that we do (Ah, if only we had listened to Howe back in 1870, then America would not be so economically and morally bankrupt in 2011):

Arise then, women of this day!  Arise, all women who have hearts, whether your baptism be that of water or tears!

Say firmly: ‘We will not have great questions decided by irrelevant agencies.  Our husbands shall not come to us, reeking with carnage, for caresses and applause.

‘Our sons shall not be taken from us to unlearn all that we have taught them of charity, mercy and patience.  We women of one country will be too tender of those of another to allow our sons to be trained to injure theirs.’

From the bosom of the devastated earth, a voice goes up with our own. It says, “Disarm, disarm!”  The sword of murder is not the balance of justice.   Blood does not wipe out dishonor, nor does violence indicate possession.

As men have often forsaken the plow and the anvil at the summons of war, let women now leave all that may be left of home for a great and earnest day of counsel.  Let them meet first, as women, to bewail and commemorate the dead.  Let them solemnly take counsel with each other as to the means whereby the great human family can live in peace, each bearing after his own time the sacred impress, not of Caesar but of God.

In the name of womanhood and of humanity, I earnestly ask that a general congress of women without limit of nationality may be appointed and held at some place deemed most convenient and at the earliest period consistent with its objects, to promote the alliance of the different nationalities, the amicable settlement of international questions and the great and general interests of peace.

PS:  So instead of going off to Sizzler or the Olive Garden or the Red Onion to celebrate Mother’s Day, let’s all demand an end to war.

PPS:  Speaking of Osama bin Laden, will somebody please explain to me exactly what happened over there in Abbottabad the other day?  Apparently OBL was cornered and weaponless and defenseless, standing unarmed in his jammies and bunny slippers, but the SEALS shot him anyway.  Was that a mercy killing to keep him from having to get water-boarded at Guantanamo?  Or was it just to keep him from spilling the beans about all his connections to the CIA?  We may never know.

And why would having OBL buried at sea keep his followers from erecting a shrine to him?  They could still erect one at the compound — although if it takes bin Laden’s fan club as long to build a shrine in Abbottabad as it is taking Americans to build a shrine at the site of the WTC, then we obviously have nothing to worry about for at least the next ten years!  http://www.nydailynews.com/blogs/dailypolitics/2011/04/mayor-bloomberg-says-shrine-to-911-victims-at-memorial-beautiful-respectful-de

Absolutely. It’s about time people realize Iraq Afghanistan Libya was not just a Bush or Obama decision, but an American decision. The US dollar, as weak as it is, is still powerful enough to run the country.

Indeed Julia Ward Howe had the right of it and her statements are timeless,-not to mention transferrable to the men who have to greet their female warriors home.

The biggest question around here, for those who will discuss bin Laden, is why didn’t they just capture him if he was unarmed? Why wasn’t he brought in for questioning and trial? We need Batman back to fight the vigilante.

Well obviously, Osama was too dangerous to keep alive for trial. Just look at how easily Saddam got away after he was captured. Oh wait…he’s dead, isn’t he?

Jane : The Fair Debt Collection Practices Act prohibits debt collectors from continuing to call any person (not just the consumer) IF the collector is calling to harass the person they’ve called. a href=”http://www.fdcpa.me/collection-agency-call-my-neighbors/” title=”Debt collectors who continue to call relatives” almost always violate the FDCPA. Debt collectors are allowed to call friends, relatives, etc. once in order to obtain “location information”. The FDCPA prohibits collection agencies from mentioning their company name (unless requested by the person they’ve called). The FDCPA prohibits collection agencies from telling anyone other than the consumer (and the consumer’s spouse) that they are calling to collect a debt or discussing the alleged debt.

Thank you for taking a stand against the war. I opposed sending our troops to Afgahnistan and never beleived the fabrications about “weapons of mass destruction” in Iraq. Democracy Now! was the only U.S. media program to provide the information that much of the rest of the world knew. I hope your sons are home (safe) soon.