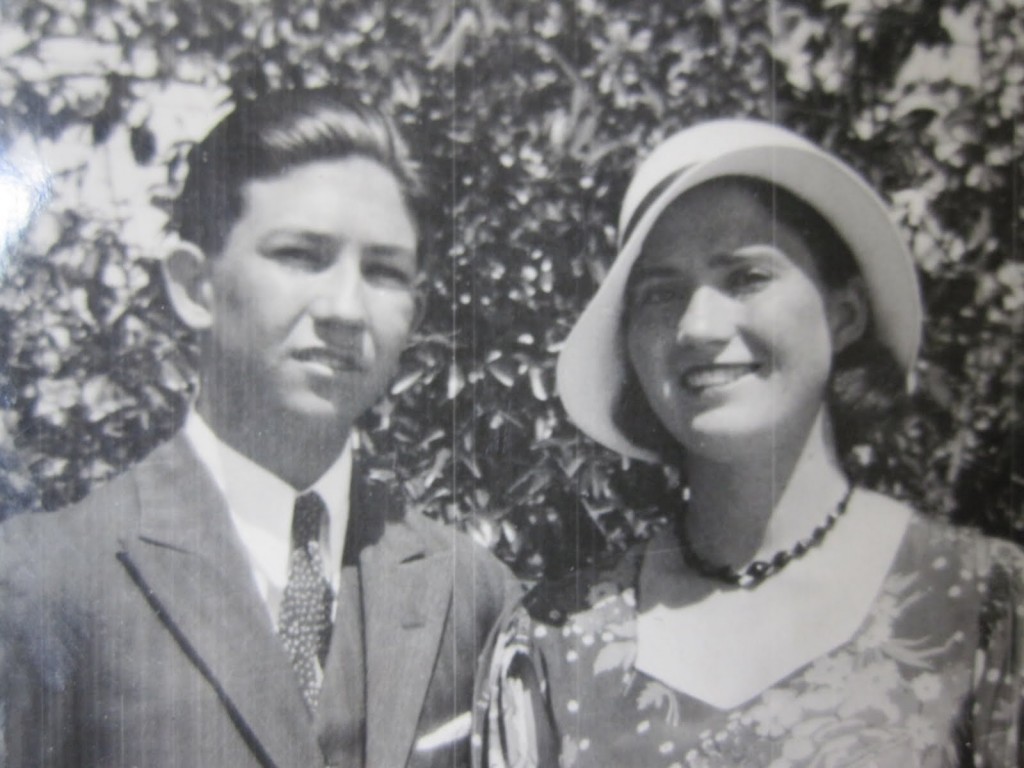 You see them all over America, standing in front of big-box hardware stores looking for work or selling oranges on the corner or doing our dishes in the kitchens of fancy restaurants or fixing our roofs or making our beds or raising our children.

“But Jane,” you might say, “those people are stealing our jobs!”  Yeah right.  Jobs we don’t want.  We’re talking about diligent workers who are more than willing to perform the sh*t-work jobs that nobody else wants at a pay rate that no one else in America would ever consider accepting.

I’m currently reading Soledad O’Brien’s new book, “The Next Big Story,” wherein she states that while researching her documentary on Latinos in America, she asked a fairly broad sample of “legal” Americans if they had ever lost their job to an Illegal immigrant.  O’Brien then goes on to say that she had been unable to find even one person who had lost their job to a Latino.  Not even one.  But I digress.

What I really want to discuss here is not what illegal immigrants take away from Americans but rather what it is that they ADD to the American experience.

We are not only blessed but also downright lucky to have these people living and working here — no matter how many exaggerated negative stereotypes Lou Dobbs has dreamed up.

The main ingredient that “illegal” immigrants continue to bring to our American table is one of the most valuable assets that this country has.  When illegal immigrants cross that southern border, they bring hope along with them.  And hope is more than just some political snake oil sold to us during the last presidential election.  Hope is the stuff from which we build our future — and America’s “illegal” immigrants add this one chip to the pot that America so sorely wants and needs right now in these current war-torn and depressive times.

I myself am a direct descendant of one of the first waves of “illegal” immigrants that first brought hope to America’s shores — the original native Americans who arrived here over 10,000 years ago.   And they arrived here illegally, trudging stolidly across the frozen land-bridge that is now the Bering Strait.  And these immigrants brought with them two of the greatest sources of hope that we have — democracy and respect for the land.

My great-great-great-grandfather, Chief Ballard, “illegally” immigrated to the Oklahoma territory — after surviving a horrific Trail of Tears. 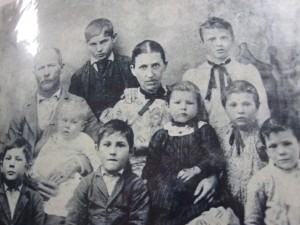 My great-grandmother, Mary Ballard, married the deputy US marshal at Tahlequah, the one who brought in the outlaw Frank James (Frank’s brother Jesse busted him out of jail the next day but it’s the thought that counts.  My grandmother, Alta Purpus, remembered Frank being handcuffed to her parents’ brass bedstead overnight when she was a girl).

I am also a direct descendant of another wave of “illegal” immigrants — the Puritans who founded Massachusetts and Thomas Hooker who founded Connecticut and James Hooker who fought in the American Revolution.  I think there is also a Tudor family connection back in there somewhere so perhaps all my daughters and granddaughters actually really ARE princesses!

Through the Thompson side of my family, I am related to the next wave of “illegal” immigrants to come over here — African slaves who built the American South with their own hands.

I am also a direct descendant or am tied by marriage or blood to many of America’s 19th-century “illegal” immigrant groups, the Eastern Europeans (through my favorite great-aunt Dixie Cohen), Danes (my grandmother married a Janssen), Germans (my great-great-grandfather was a Purpus, used to be a forester in Bavaria, had a son who was hung as a horse thief in Missouri), Chinese (the Jo family first arrived in California in 1849 and have been here ever since.  Mena Jo Stillwater is a sixth-generation Californian.  There aren’t many other “legal” Californians who can claim that — unless they are Mexican!), and Mexicans too (yep, I’ve got them in my family tree as well — the Lozano and Hernandez families).  But I digress.  Again. 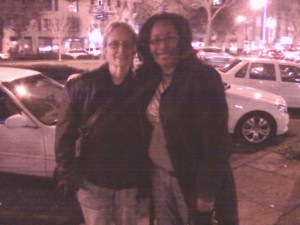 “So what’s your point here, Jane?”  My point is this.  All of us Americans used to be “illegals” at one time — or are descended from illegals.  And thank God for that!

And America’s latest generation of illegals, like all the other generations before them, brings with it a new sense of renewal — and of hope.

So enough of this “illegal” crap!

PS:  Soledad O’Brien also stated that Mexican-Americans and Mexican immigrants [and also Muslim immigrants and Muslim-Americans too, as far as I can tell] have now taken the place formerly held by African-Americans — as America’s most hated, despised and segregated race.  And she’s right.  That’s just pathetic.

All too many Latinos here [and Muslims too] have been spit upon, not allowed to attend schools, denied the right to buy homes and even lynched — just like in the bad old days of the Klu Klux Klan and Bull Connor.  I marched in Montgomery with Dr. King for nothing?  It looks like I did.

Someone — perhaps a Latina Rosa Parks? — ought to organize a bus boycott here until things change and our newer immigrants, immigrants just like your fathers, get more respect.  Or perhaps we can hold a one-day general strike where every Latino [and Muslim] in America refuses to go to work.  If that were to happen, America would come to a screeching halt, wanna bet?

Plus it’s time for Americans to grow up and stop all this hatin’.  Nothing good has ever come from hate.  It eats at our souls.

PPS:  Where does it say anywhere in our Constitution that it is legal to have an INS?  Did George Washington have an INS?  Were INS agents there to meet the slave ships in Charleston?  What about the Scots who came here after Culladen?  Were they met by the INS too?  And were INS agents hovering around in Alaska when our first Eskimo ancestors finally made it across the Bering Strait?  I think not.

PPPS:  And where did this whole concept of “citizenship” come from anyway?  When did citizen requirements ever become “legal”?  But if I actually am a “legal” citizen of the United States, then why can’t I just appoint others to citizenship as well?  Sort of like “Each one teach one” or like spreading a virus around?

Is catching U.S. citizenship something like catching the flu?

But if you are a so-called “illegal” immigrant in America and you are reading this now, then by the power vested in me as a United States citizen and with the love and mercy of God — who has freely given America a whole  tide of hopeful “illegal” immigrants all down through the centuries as His (or Her) own great gift to us — then I hereby declare and affirm that you too are hereby made LEGAL as well.

Sorry that I don’t have any fancy certificates made up for this occasion — but if any of you new American hopefuls happen to have designed one of your own, I will officially present it to you with great ceremony — and even give you a big hug.  Welcome to America!  Amen!  Achoo.