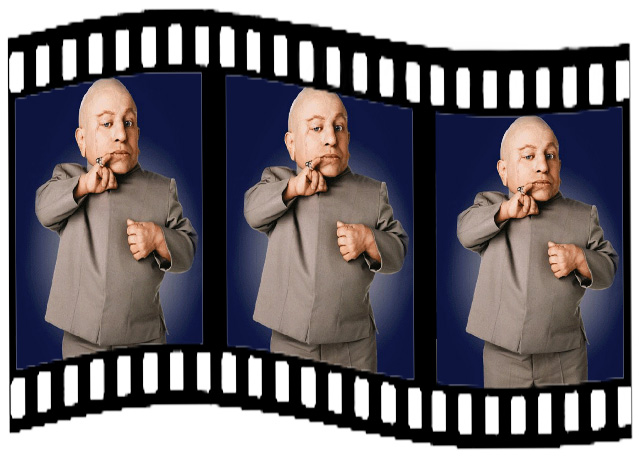 Three hundred thousand new businesses were formed in the United States in 2003. Eighty percent of these start-ups fail within the first two years. I doubt very much that the founders of these businesses assumed they would be part of the unfortunate 80 percent. More than half of all US marriages end up in divorce within five years of being formed, with thirty percent of those remaining in marriage reporting being extremely dissatisfied. Again, we can imagine that very few lovers assumed that they would be part of the despondent 80 percent.

Why does our innate vision, which knows only happy endings and simple solutions, rarely lead to what we had imagined? When we dare give flight to our dreams, why is it so often destined for a crash landing?

Actually, I started this entry back-ass-wards: I should have begun with an entry on what I call “natural vision” a child-like (as opposed to childish) quality that persists in seeing the world with fresh eyes.

Natural vision invariably is sabotaged by an unforeseen element in our lives, which affects us internally and externally. It is so powerful that it influences the way we parent, the way we treat our loved ones and each other, the way we work each day. And it influences how others treat us. We never expect or invite it, yet almost every aspect of our lives exists in its shadow. And though we constantly find evidence of its effects, this force is basically invisible and therefore never anticipated or fully understood. Oh yes, we do our best to put a good face on it in order to keep it hidden from others, thinking our dark secrets are ours alone, but it really doesn’t work: you can see the effects of this force everywhere.

What is this mysterious element in human nature that stalks and sabotages us?

And The Creation of our Personal Novela

Human beings are driven by a core wound this kind of madness that something’s missing. The more conscious they get, the more desperate that becomes…

In Shakespeare’s Othello the protagonist and his young Venetian wife are deeply in love. Othello is a noble and simple-hearted soldier who trusts those around him. Desdemona, his devoted wife, loves him deeply and hangs on his every word. It is Iago, Othello’s advisor and apparent friend, who plays one character against another, creating an atmosphere of separation and distrust. He whispers doubts into Othello’s ear, inciting in him a violent jealousy that ultimately leads to a senseless tragedy.

We are all Othellos at heart — open, trusting, wanting to see the best in each other — and we are often seduced and driven to insane action by our own invisible Iagos. Our Iago is a state of mind; he cannot be seen, he lives in the shadows. Yet his work can be seen everywhere. Iago whispers to us both from within and through other people: it is the voice of a collective conditioning.

Our Iagos are like the “mini me” from the Austin Powers movies — a smaller, angrier, and spiteful version of ourselves — a tragically funny alter-ego. Most of us live with a painful sense of separation from others, a sense that something is missing, and a deep experience of limitation, fear, and desire — we experience ourselves as small. As a result, we engage in a flurry of activity to avoid the objects of our fear and obtain the objects of our craving.

This is the dance of problem-based living and, although widely perceived as normal, it fuels an endless drama of struggle. It’s the main character in our personal novela — those oh so melodramatic  Spanish-language soap operas. And no matter how hard we try, the poison seeps through the cracks in our armor, manifesting as disease, conflict, unnecessary suffering, and failure.

On a personal level, it can manifest as a general anxiety, or a body image problem. On a community level, it can sabotage something as seemingly simple as a blog (if you want proof of the mini me, just take note of the widespread pettiness on the blogosphere or any one of the social networks). Globally, it is expressed as war, as economic and environmental madness. This force has been given many names. I have heard it called “The Gremlin,” or (for the fundamentalists here) “Satan.” I call it ego-based living, or, the “Mini Me.”

Unlike the movie, we cannot see or measure the mini me directly; we only know it by its effects. It is like a thief in the night: you actually do not see him, but you know he has been there because your valuables have been taken. This mini me is state of mind — a social conditioning of sorts and it possesses certain qualities:

Sense of Lack This is the essence of the mini me. Enough is never enough; we are never spiritual enough, skinny enough, smart enough, or hip enough. We perceive everything through this sense of lack.

Sense of Separation Constantly reaching “out there” to fill up our sensed emptiness keeps us focused from a “me-oriented” perspective, reinforcing our separateness.

Addiction Gripped in the throes of craving and lack, as soon as we sense that something external will “do it” for us, we latch on to it and become addicted. In this way, the mini-me can lead us into unhealthy attachments to work, sex, food, drugs, the internet (Facebook? LOL!), or even romantic relationships.

Fear Once desire and addition take over, we are overcome by a sense of non-specific fear. If we believe the right relationship will alleviate our sense of emptiness, immediately loneliness becomes a terrifying fate.

Suspicion fear makes us suspicious, we trust no one completely.

Strategic Living We always plan for the worst — something bad can happen any moment (politicians are notorious for using this aspect of the mini me).

Anxiety There is notion that something is wrong, that we should be doing something more to be “complete.”

Hostile Competition this is especially true in the realm of dating and/ or romance. If there is this notion that there is not enough, we must fight others who are trying to get it too! This is hostile competition as opposed to co-creation.

How can we get back to our “larger” selves, where ego-driven madness doesn’t rule? How do we (or do we want to?) get back to our original self — connected to something more powerful than mere desire, aversion, and grasping?

Edward-Yemil Rosario- Why does our innate vision, which knows only happy endings and simple solutions, rarely lead to what we had imagined? When we dare give flight to our dreams, why is it so often destined for a crash landing?

Edward- Yemil Rosario: We are all Othellos at heart — open, trusting, wanting to see the best in each other — and we are often seduced by our own invisible Iagos.