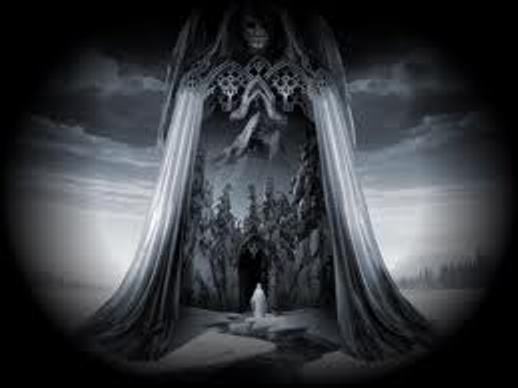 If you took the time to peruse the ancient scrolls of human existence, you wouldn’t find any mention of her by name; she would end up naming herself five millennia later, Nehiyaw. For centuries she was only the second of three, the woman so reviled by her intended mate  that she fled paradise, shamed that her presence sickened her intended so. Time after time, always at the apexes of her depressive self-torture of feeling she was nothing; she would commit one more of what would later become known as a sin, suicide. It was most unfortunate for her that the conditions of her ‘birth’ had made it impossible to perish for any significant amount of time.  Nehiyaw, the poor woman rejected not only by the one she was created for but by those who found her story too harsh a judgment of the shallowness in the man who would be the first sperm donor of civilization, and those who greedily held fast the power of the Word, eradicated her for the far more assumed sensitive stomach’s of mass consumption. You’d think that a woman so self-conscious of her own desirability would be ecstatic when approached in a sexual manner – well, I’d think that way anyway.  The way she held the neck of the broken wine bottle against my neck would suggest that I had misjudged that belief.

“Take it easy, missy,”  I said, attempting to move my Adam’s apple as little as possible – her hand was far too shaky as it was and I wasn’t about to assist in carrying out her threat of cutting my throat. “Dressed like that, talking about how much you needed me then asking me if I was looking for some kind of job, what do you expect?”

Despite the revulsion of her original intended, Nehiyaw was a comely lass; her olive skin gleamed despite the dim light of the bar I had on accession to park my ass in, which if I hadn’t already downed seven whiskey sours in the short time I had taken such dalliance, I would have assumed perhaps too often as she knew where to find me. The lavender sundress she wore  only served to highlight the sultry curves of an extremely healthy woman and allowed one’s eyes to be drawn to her own.  Those deep, dark, eyes seemed to overshadow the roundness of her face, half masked by the way her long dark locks swished along the outline of her face and rested upon the top of her breasts. I knew who Nehiyaw was the moment I saw her twins bouncing my way; partially for professional reasons, partially because  Nehiyaw’s sundress failed to muffle her nipples – I’d have to remember to thank whoever turned the air conditioning up – from pantomiming “Well, hel-lo sailor”.  The past six thousand years had been very kind to her, indeed.

The bonfire in her eyes smoldered to embers as she withdrew the hand that held the bottle and offered to help me up with the other.  I took it and stood up. I lit a cigarette.

“They say those things will kill you,” Nehiyaw admonished.

I took another drag, feeling the smoke drift into my lungs with a satisfactory tickle of the throat as we sat down at a table.

“They say that these will make a man impotent, but I ain’t leanin’ forward because my ass is sore, sister,” I countered.  I was disappointed that she didn’t even check for confirmation.

“I want you to kill God,” she said, cutting to the chase.

“Now why would a pretty little skirt like yours be thinking about offin’ Melvin?”

“Please don’t call Him that, He is our creator.”

It’s often amazing how even when phrased in the most courteous of manners, words can come across as being a harsh admonishment.

“Listen, he may have created you, but unless he used to drive a ’66 cobalt blue Mustang rag top, it wasn’t him who was testing out the back shock absorbers with my mama for twenty bucks and a mickey of Jack,” I snapped.

“Fine, what’s your beef with Mel…God?”

“It has nothing to do with Him, but more to do with my ex-mate, Adam, he needs to be stopped,” Nehiyaw stated firmly.  I scanned her eyes to detect any doubt; all that was there was the dark determination.

“Sorry, can’t be done,” I answered with a shrug of my shoulders.  “You know as well as I do that Adam cannot be slain in any permanent way until Eden has surrendered itself to death.  Being an inanimate piece of land, I don’t foresee Eden capable of suddenly gaining sentience and proceeding to turn a volcano to its temple and blow its fucking head off.”

I rolled my eyes.

“Adam is tied to the land; the land is eternal because it is tied to the creator.  If the creator dies, the land dies, therefore Adam will die. His intention is to become God’s counterpart; to rule Hell.  This cannot occur lest all of humanity be damned with no hope of salvation,” the immortal reasoned passionately, then challenged, “Or do you believe that God cannot die?”

I smiled. Nehiyaw was not the first to put forth the argument; I had visits previously from Adam’s other two exes, Lilith and Eve, both wanting similar action to be carried out by yours truly. ‘Hell hath no fury like a woman scorned’ was proving to be quite apt in Adam’s case.

“Belief is powerful, which makes the object of that belief strong.  No, I think God can die – everything dies, it’s just a matter of time and opportunity that tends to muddy the conditions in which dying will remain permanent,” I explained.  I leaned closer to the woman, making sure that her eyes were locked on mine.  “The question would be, do you understand that if God does indeed die, as does Eden’s eternalness, allowing Adam to exist as a true mortal man, that you and his two other exes will be under the same conditions? Are you willing to die just because your ex is a very big asshole?”

“Will you do it?” Nehiyaw asked.

“I’ll think about it,” I replied noncommittally.  Nehiyaw didn’t push any farther, just stood up, tossing a business card in front of me as she did.

“This is my number, call me when you’ve decided,” she instructed.  She turned to walk away but paused for a moment.  With a sad smile she added, “If it matters, think of what Hell would be like with someone who truly understands humanity.  At least Lucifer looks towards his own salvation up to Heaven – do you think Adam will do the same?” She left as quickly as she entered; leaving me alone in a roomful of humanity’s forgotten.  I called for another sour.

Nehiyaw was right, for all the supposed sins, the scapegoat of all evil; the snake in the grass, Lucifer still had one goal: to be accepted back into the gates of Heaven by the father he still very much loves, but then again, without free will, he has to.  Adam, with no chains to bind any particular ‘higher’ goal thanks to humanity’s free will clause, wouldn’t look towards God for forgiveness.  Adam would fixate on the golden rule, “do unto others as you’d have them do unto you”. God fucked Adam over, it would so human that Adam’s intent would be that God was going to be bent over and rode hard until the friction made Him squeal like an ungreased train axle over a hot day’s tracks.

Was it worthwhile to kill God? There was no longer a fear of God; for all the wrath wrought that had been attributed to the being, mankind has advanced technologically to the point that what was once thought miraculous is like a fart in a tornado,  happens but its unmemorable.  We have equated our evolution to the power of God, in some ways surpassing it.  Life, death, conception, science has found ways to circumvent natural law.

If we have become God then what is to say that Eden’s existence would not have been transferred to the four immortals borne from it? Does not the implication of the pronouncement of “you shall have dominion over all” be that in truth Adam and Eden, therefore Lilith, Eve and Nehiyaw, sustain the others despite the apparent unforgiving nature of God? All must perish else those who survive, be it unintentionally, or unknowingly, resurrect what was meant to be destroyed.

I caught myself frowning in the near empty sour.  I took the business card and tore it up.  Mankind deserved God as an example of who we were:  self important yet insignificant to all but in our own reality– besides, if there was no one to blame but ourselves, how could we face the images in the mirror each morning?

A.B.Thomas- Brings us a tale from another of Adam’s unfourtunate mates proving again ‘Hell hath no fury like a woman scorned’ was proving to be quite apt in Adam’s case.

Miracle in the Wilderness