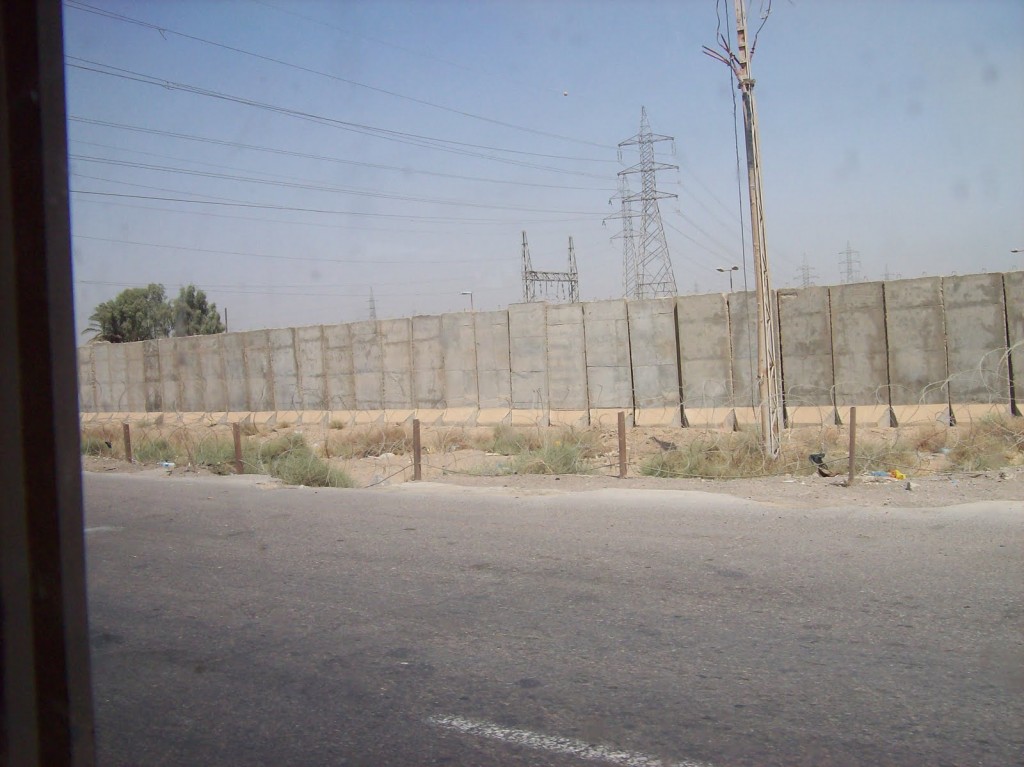 Is this really a good time to be sentencing former Iraqi diplomat Tariq Aziz to death — especially when WikiLeaks has just exposed a whole bunch of the dirty laundry stuffed into America’s and Britain’s diplomatic pouches regarding their “Coalition of the Willing” and its underhanded role in initiating and sustaining a brutal and unnecessary war on Iraq?

“But everyone knows that Aziz worked for Saddam Hussein and Hussein gassed the Kurds,” you might argue, “and Aziz was also found guilty of condoning torture.”  Like I said, be careful about pointing your finger on that one.  It could very easily boomerang back to hit certain American and British leaders in the arse.  How many hundreds of thousands of Iraqis have been “gassed,” tortured and killed due to American and British failed diplomacy?  According to Information Clearing House, the current number is 1,421,933. 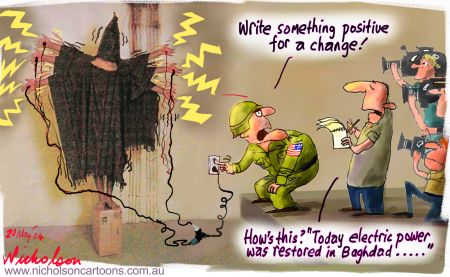 And speaking of executing former leaders such as Aziz, do we really want to hang former Congolese vice-president Jean-Pierre Bemba because he didn’t stop his troops from killing all those women and children in the Central African Republic?  If we do that, don’t we also have to take a look at all the women and children who have been killed in Afghanistan by American and British troops too?

“Jane, just exactly where are you going with this?”  I don’t know.  But it just seems unfair to me that Tariq Aziz and Jean-Pierre Bemba both face hanging while George W. Bush gets to go on talk shows and actually brag about how he approved torture.

PS:  Speaking of war criminals, according to professor Paul Larudee in an article recently published in “Redress,” http://www.redress.cc/palestine/plarudee20101123, whole bunches of Israeli security guys are currently madly scurrying around all across the internet, frantically trying to block the publication of a document that names 200 alleged Israeli war criminals.

“When unknown elements in Israel leaked the name, rank, identification number and other information about two hundred Israeli military personnel who reportedly participated in the 2008-2009 invasion of Gaza, the effect was sudden and profound, according to sources in Israel.  Although the first site on which it appeared was taken down by the host, it has continued to circulate via email, and has appeared on at least one other site, http://s242816488.onlinehome.us/criminals/.   The Israeli military and other Israeli agencies are reportedly doing all they can to shut down every site on which it appears, and to prevent it from ‘going viral.’  At least one popular blog that links to the site has received a record number of death threats.” 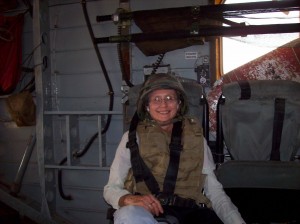 Why has this list of only “alleged” war criminals seem to have gotten so many of Israel’s muckety-mucks’ knickers in a twist?  Let’s find out.   According to Larudee, “The publication of the list of two hundred changes everything.  The list contains the names of a few high-ranking officers, but many of those named are in the lower ranks, all the way down to sergeant.  The effect is to make ordinary Israelis concerned that they, too, may be subject to arrest abroad, and without the protection that well-connected higher officials might enjoy. They know what they have done, or been ordered to do, or have ordered others to do, and they suspect that they may be held accountable by foreign laws, over which their government has little control.”

PPS:  World opinion is sometimes like a snake on a cold day.  It moves slowly — but it does move.  And while most western media has been working its butt off for the past one hundred-odd years to try to make war seem sexy — ever since Kaiser Wilhelm was first portrayed as a Hun back in 1914 — way down below all their continual bombardment by war hype over the past one hundred years, ordinary people everywhere are finally and at last getting truly sick of all this war, war and more war — no matter what the alleged justification for it may be. 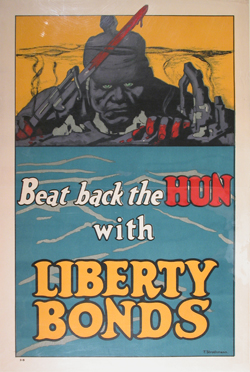 Saddam Hussein aide Tariq Aziz sentenced to hang:  …He was sentenced to 15 years in prison for taking part in forced displacement and 10 years for committing torture.  Judge Mahmoud Saleh al-Hassan declared the harshest punishment — death by hanging — for participating in deliberate killings but gave no details. …The Vatican urged Iraq to not carry out the death sentence and said it may intervene to try to halt it….  His Jordan-based lawyer, Badee Izzat Aref, accused the government of orchestrating the verdict to divert attention from recent revelations about prisoner abuse by Iraqi security forces contained in U.S. military documents released last week by the whistleblower site WikiLeaks.

“War criminals” leak strikes at heart of Israeli society, by Dr. Paul Larudee:  …Many Israelis already fear that an anti-Semitic world is looking for an excuse to shut down the Zionist experiment.  It is therefore not a great leap to believe that they could become pawns — or scapegoats — in the rising chorus of voices speaking out for Palestinian rights and against Israeli abuses.

Coupled with this is the Israeli addiction to vacationing abroad, which is a national obsession and almost a right, in the mind of many.  The result is that suddenly, with the release of the list of 200, the prospect of being held accountable outside Israel is no longer an abstraction, to be dealt with at the level of diplomats, government policy and the news stories.  It hits home.
http://www.redress.cc/palestine/plarudee20101123

From Carol:  Passenger chooses strip-down over pat-down: …Through a statement released by his attorney Sunday night, Wolanyk said “TSA needs to see that I’m not carrying any weapons, explosives, or other prohibited substances, I refuse to have images of my naked body viewed by perfect strangers, and having been felt up for the first time by TSA the week prior (I travel frequently) I was not willing to be molested again.”  [Also check out the video story of one young man who refused both, got his ticket refunded and was STILL threatened by the TSA]
http://www.nbcsandiego.com/news/local-beat/Passenger-Chooses-Strip-Down-Over-Pat-Down-109872589.html?dr

…While some doctors have said that the danger from radiation exposure from a full body scan is less than that of a chest X-ray, or a mammogram, the doctors from UCSF disagree.  They suggest that “a large fraction” of those exposed to this technology may be endangered.  The “large fraction” who may be at risk from these scanners include children and adolescents, anyone over 65, anyone with a compromised immune system, cancer patients, pregnant women, and even sperm may be compromised because of the proximity of testicles to the skin. Importantly, too, “mutagenesis-provoking” radiation may result in breast cancer in women….

Jane Stillwater-If we do that, don’t we also have to take a look at all the women and children in the Central African Republic, and those who have been killed in Afghanistan