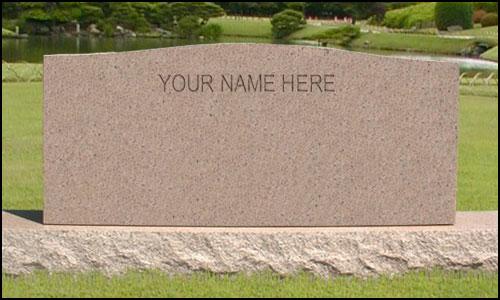 We’ve heard much about death panels this last year.  They were much talked about during President Obama’s attempt to reform health care.  Those death panels were false, of course, but there are people wanting to say who can and cannot live… those who would deny the average citizen health care.  Who are they?  They are the rich who could care less whether you live or die.  Their only motive for keeping any of you alive is to have someone to do the labor to make them more money.

The U.S. is still the only major industrialized nation without health care for its people.  The rich have all of their needs met, but the rest of us be damned. Since labor is cheaper in other countries, why should they care if you can afford to go to the doctor or afford your medications? Some of the kinder ones might hand you a shovel so you can dig your own grave, but for the most part, they’d rather you rot where you fall.

If you compare how other countries handle unemployment and health care, it’s hard to conjure the image of America as a shining example for other countries to follow. The U.S. has been corrupted by greed. An article from the U.K. states the following.

“In a free-market society the real middle class is always a minority: if your street has a gate and a security camera at the end of it then you are middle class. A real middle-class kid can afford a college education, not a web-based degree. The real middle-class family does not skip meals or find its automobiles trapped in the repair shop because of unpaid bills.

And even in America, if you are standing in 90F heat, jostling with 30 other guys for a few hours’ work, it is the man in the station wagon curling his finger at you that is middle class – not you.”

Curling his finger? These days it’s more like extending his middle finger toward you, especially if you want a fair wage for an honest day’s work. They’d rather hire an illegal alien at starvation wages if they need labor. It’s not the widely-spread myth that it’s just for jobs that American workers don’t want, either. In fact, more out of work Americans would gladly dig ditches if they could get the job than ever before. The jobs these unemployed Americans have to do are physical and often hazardous to their health. Their jobs are few and far between. They have the most need for health care, yet they are the ones being denied it.

The rich, you can call them the N.W.O, the Illuminati, or whatever other name you can conjure, have a vested interest in keeping you scared, demoralized, and under-educated. They even made videos about the N.W.O. and the Illuminati filled with information and links to websites they created to mislead you because they know that most of you don’t do the research necessary to find out if the information in the videos is true.

The rich don’t want you to vote or to realize that you have the freedom to choose. They want you to think that their way is the only way which keeps you nicely in line. They don’t mind posing as a friend of your cause in order to get your support. They want you to think that the world will end if you don’t support their desire for more and more riches. It’s you who might be skipping meals to survive, though. They’re too busy sipping their champagne and eating caviar to care whether or not you can afford to heat your house in the Winter or to feed your children. They’ve convinced you that it’s evil to tax them because they provide jobs. Well, just where ARE those jobs? They certainly aren’t in the United States.

If you’ve been lucky enough to obtain a job and hold onto it through these hard times, it’s likely that you are doing more work per man-hour than you were previously with no reward other than keeping your job. It is likely that you’ve had benefits reduced to further increase their income as they post record profits. If you’ve had your eyes even halfway open, you realize this on some level. You’ve seen the prices rise on inferior, overpriced goods as well as the on the food and water you need to survive, yet your income has not increased to keep up with the increase in cost. Some of you have lost your homes to foreclosure by the people your taxes bailed out, yet you raged against a health care plan from which you would have benefited. They have you blinded with fear and hatred of Communists, Socialists, Liberals, ecology, foreign countries, education, and anything else you may not understand. They’ve promoted bigotry and jealousy, all the while pumping your head with the idea that you need to buy more of their products through psychological ad campaigns and product placement. They’ve done it by promoting fundamentalist branches of religion so that you think you’re going to hell if you don’t support what they’re selling. They’ve used everything at their disposal to convince you to rage against what would be beneficial to you. You know what? You took the bait, hook, line, and sinker.

Even though both parties in the U.S. support Corporatism, they fooled you into voting for the party who supports it most. You voted in the party who appointed the judges to the Supreme Court who gave corporations the right to donate as much as they want to a political campaign while keeping your contributions limited. It means you’ve given the corporations more power to elect officials than you have. You sold out your voice.

Is there a way out of this predicament? It’s not likely unless the president takes some drastic measures. Even then, it doesn’t seem that he has the support to pull the measures through. What option does that leave you when you find yourself unemployed and in the same situation as those people you’ve been condemning as lazy, good-for-nothing, jobless people? You either stand with them or starve. It would be better to support some of those “liberal” ideas such as health care, extending unemployment benefits and ending the Bush tax cuts to the top 2% than it would be to have to join a mob that’s ever-increasing in its desire for violent action. If not, we’re going on the road to looking like Ethiopia.

The top 2% aren’t going to trickle down anything they aren’t forced to, in case you’re too young to have learned that lesson during the Reagan administration. Supporting the top 2% is, for the most part, supporting the death panel that wants to take your life.

Sources:
America’s new poor: the end of the middle-class dream

Rising Foreclosures in the United States: A Perfect Storm

SpaceEagle- The U.S. is still the only major industrialized nation without health care for its people. The rich have all of their needs met, but the rest of us be damned.