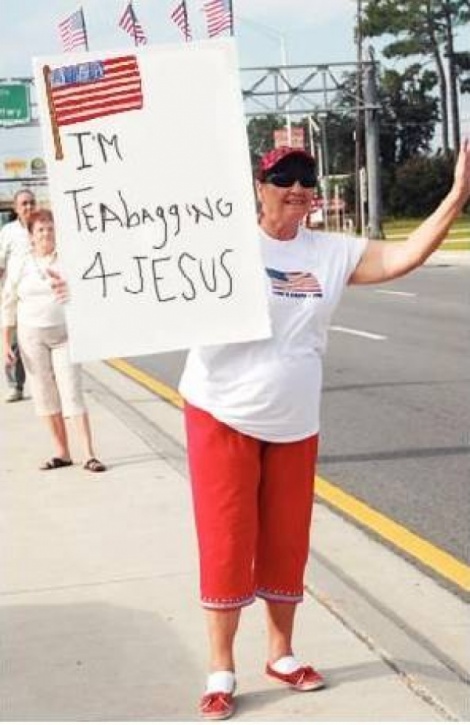 In Medieval France (and other parts of Europe, more sporadically) on or about January 1st the entire nation took leave of its senses to celebrate the Feast of Fools. During this celebration, a mock-Pope was elected, and a parade was held through the streets of Paris (and countless other cities and villages) with poor people dressed as kings and the city’s leaders dressed as – well – fools.

Normal rules, mores, and other such restrictions on public behavior were temporarily suspended. Everyone got to cut loose, and if snow was falling that day, so much the better.

As the Middle-Ages gave way to the Renaissance and the Enlightenment (two things about which you’re likely unfamiliar; those of you who’ll be studying history using Texas textbooks), this practice died out – with notions of the Rights of Man gaining sway over Divine Right, it was no longer necessary to have a yearly safety-valve to relieve societal pressure.

Yesterday, politicians like Rand Paul brayed like jackasses, saying “Today, we take our government back!” My continuing question – from what, and to what?

From Oregon to Florida, the Tea Party faithful have used this rallying-cry to convince itself that government needed ‘taking back’. What they’ve really proven, at least to those of us who stayed awake in class and have the sense to connect the dots, is that they’re no more capable of making decisions than they are of spelling their signs correctly.

I’ve watched them, sitting in their Hoverounds and decrying ‘entitlements’ – bitching about ‘Obamacare’, while drawing Medicare to pay for those scooters – complaining that education is in the hands of the ‘libruls’, and declaring that ‘English is America’s Ofecal Language’.

While I respect the theory of democracy, I’m not required to respect its practice – at least, the way it’s practiced in America today. Billions of dollars were spent this time around; shoveled by obscenely-wealthy and morally-bankrupt individuals and shadow organizations into the campaigns of candidates who believe that America is still the greatest nation on earth because of its ability to kick the ass of anyone who opposes it and that somehow, we can suspend the rules of nature and life to continue the folly which is the sum of the last sixty years of collective national behavior. 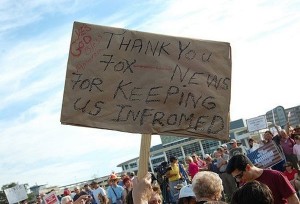 Bill Maher probably said it best recently, when he said that the Democrats have “…..moved to the center-right, and the Republicans have moved into the asylum.” Other people – people like Michelle Goldberg and Max Blumenthal and Michael Weinstein – have made it factually and abundantly clear: The Republican Party (and with it, the U.S. military) are now run by a cabal of extremist fundamentalist Christians, virtual fascists and misguided ‘patriots’ who believe to the core of their being that blowing up half the world and planting an American flag on the ruins is a Damn Good Idea – and to hell with anyone who disagrees.

The people running these organizations are supported by the aforementioned Fool’s Parade of semiliterate power-chair jockeys, nose-pickers and Hooterville-dwelling morons. They are the mob against which Jefferson warned us. 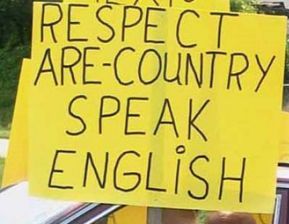 This morning, I received a call from a friend, whose consensus was, “Well, it’s not that bad. I mean, the real crazies – Angle, O’Donnell, Miller – didn’t win.”

I had to remind him that Russ Feingold, the one man who voted against the Patriot Act and who probably should have been accorded a greater role in the Obama administration was voted out summarily in a Tea Party sweep of Wisconsin – and that the Republicans now have the license they need to shut down the government and do the other things which the likes of Bachmann and Boehner have said they’ll do.

I closed by saying, “Ric, when someone tells you what they are; believe them.”

The people who were elected yesterday don’t value the America we have today, or the country we need to become – they value a foggy and distant, romanticized past, where ‘root, hog, and die’ were the watchwords; a fantasyland, populated by people who trade chickens for medical care and who are all white, married, (fundamentalist) Christian and straight.

I’m often called an ‘elitist’, or worse, because I decry the behavior of these people –the Americans who can’t spell, can’t think, and who believe sheer force is the best way to solve problems –whether that’s by kicking some raghead-ass in Eye-Rack or stomping the neck of a protester at a Rand Paul rally.

I’ll counter with this – it’s not ‘elitist’ to tell someone that they’re behaving like a damn fool. It’s actually a service. It’s not ‘belittling’ or ‘disrespectful’. Actually, it’s treating the person like an adult – and expecting them to start behaving like one. 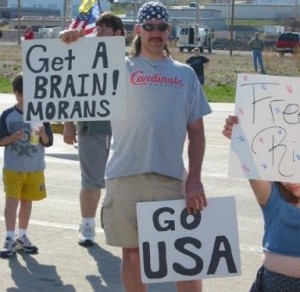 Regardless, we’re past the point of getting anything done over the next two years – the best we can expect is a governmental gridlock, where government grinds to a halt and cuts its collective nose off to spite its face.

The current administration had a two-year opportunity to do some genuinely great things. With the stroke of a pen, Obama could have ended Don’t-Ask; Don’t-Tell; he could have rolled back the dreadful assaults of the Bush-era against our civil-liberties; he could have brought the troops home from two unnecessary wars (gaining an economic peace-dividend along the way) – but the only thing he managed to accomplish in his first thirty days in office was to host a Super-Bowl party.

Obama had his chance, and from all appearances, his time has come and gone. Ironically, we might see some form of ‘recovery’, as Wall Street brings at least some of its money back from offshore, now that they’ve got a friendly Congress. However, barring a miracle we’re not likely to see the kind of recovery we need – that’ll require creating over thirty million jobs; something which every economist worthy of the title has agreed will simply not happen; not now, and not for years to come.

No, I’m afraid we’re going to have to get used to phrases like ‘governmental shutdown’, and ‘jobless recovery’, with words like ‘austerity’, ‘entitlement’, ‘security’ and other suchlike thrown in for good measure.

Yesterday was an ugly day. Tomorrow doesn’t look much better.

The Fool’s Parade is about to begin, folks.

Astra Navigo: The inmates now have the keys to at least part of the asylum, and the Fool’s Parade is about to begin….

The Ties That Bind Us