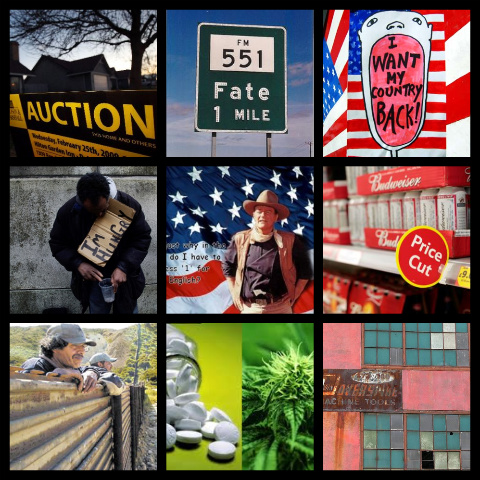 A few years ago…I was asked by a child of mine who was playing “The Stock Market Game” what I thought a good stock was.  For those of you not familiar “The Stock Market Game” is how we in a lot of American school districts teach our sixth graders capitalism.  We set up a sham portfolio based on the real stock market and have our kids play the market, just like a day trader.  I think the idea was probably made up by a day trader, when the idea was still a new and exciting one.  Train kids for a possible future by having them learn the skills.

Anyway I gave it some thought before I answered but when I did there was no doubt in my mind, Alcohol is your safest bet, probably something diversified like Anheuser -Busch™ or Seagrams™.  I followed this decision closely with my second choice, Pharmaceuticals.  My kid told me they weren’t allowed to use either one for school purposes and instead went with a pot company (as in for growing plants, not medical marijuana) which also did surprisingly well for the time, they came in second in the county.

My prediction however played out.  Currently Americans are doing without everything from land-line telephone service to health care but Alcohol is doing just fine in the stock exchange and probably always will.  America will always drink.

It’s not the drinking I’m concerned about though, it’s the depression that it’s indicative of.  Higher end sales of alcohol for enjoyment, entertainment and gourmet cuisine have taken a dive.  It’s your everyday beer brands and boxed wines that are doing well.  Your working class vodkas as opposed to imported ones, your Mad Dogg 20/20 as opposed to French and Spanish wines.  And the reason these companies are in the black  is because they are the last vestige of escape for a generation that is watching the American Dream explode on itself.

Currently the American middle class, the real middle is reported to be at about $45,000.00/year for a family of four.  That’s for educated people in non-entry level jobs.  And that is no way to live, when you factor an average rental on a house or apartment being about  $18,000/ year, the average grocery bill for  a family that size being $8,400/year the average yearly out of pocket medical expenses being $2400/year and average car payment for a double car family being $6,000/year your expenses are already at $32,400 and you haven’t even paid your bills yet or your children’s education cost which is being placed squarely on family’s shoulders.

It is the reason why people are so touchy about immigration and perceived job loss, the reason why they are lashing out at differences and kicking people in the heads at protests.  People are scared and people cannot see a way out of their situation and people are depressed.  The 2004 U.S. Census residential population estimate for depression in ages 18 and older set reported depression at 57.7 million people. This number was addressing those currently identifying as depressed, not those who had experienced a passing depression.

When people are depressed almost anything else put upon them, a health concern, a major life decision, an election a war will be enough to push them over the edge into total despondency or angry aggression.  We are currently experiencing both kinds of acting out in our country.

The angry aggression kind of depressive acting out we can see in the increased attacks of physical, verbal and most recently political occurring in all sectors in all age groups.  Angry attacks at people seen as different, whether for race, religion, creed or sexuality.  We are seeing higher than normal numbers of attacks

We are also seeing people using these two reactions to their advantage.  It is no accidental play on words that the comedy central Daily Show/Colbert Report team put together for their march on Washington. “The March for a return to Sanity” and “The March to Keep Fear Alive.”  We are a nation losing its sanity and a nation ripe for fear mongering.

It’s easy to point fingers and say that those making angry attacks are clearly insane and driven by religious fervor or hate or greed.  But consider the everyman/woman who has until recently been employed and providing for a family.  With factories closing in the Midwest, Farming production down due to weather and economic factors on the West coast and gulf states, Oil production threatened and middle management business being cut out in favor of saving money offshore, we have a slew of unemployed depressed angry  people looking for someone to blame.  And they have time on their hands.

Take for example the large force 99’ers, a term for the group of unemployed workers who have been out of work for the full term of their unemployment benefit.  The Department of Labor reports that the number of Americans without work for the past 99 weeks recently reached an alarming, record-high 1.4 million.   What this means is that in the past three years, the number of 99’ers has multiplied six fold from roughly 221,000 in June 2007.

This is an army of depressed people who fully expected to work hard and live the American dream.  A house, a few luxuries and an eventual retirement.  Now that is not going to happen.  The problem that is arising is that these folks haven’t worked through their cognitive dissonance about the changed game.  On the one hand they know they are unemployed and jobs are hard to find.  On the other hand they fully expect the “government” and when I say government I mean some sort of magic tooth faerie government to fix it for them.

This is an out of work force that routinely passes up jobs not just at minimum wage but at wages that are anything less than their last paying wage.  The reasoning behind this is that they can’t live on a lower wage and they are currently receiving unemployment so they are going to ride it out.  They also tend to suspect that their good paying jobs went to illegal immigrants, and other nebulous baddies the minute they were fired for a lesser amount and they are damned if they are going to work for the same pay as nebulous baddies.

It is this thinking this angry displacement of depression and fear that is at the core of the bad behavior we are seeing.  People, who are out of work, know how to string sentences together and are in the anger bit of the grief process of their lost hopes and dreams are turning out to point the finger and really any target will do.  If it seems sometimes as if someone is spinning a wheel of the week for scapegoating it’s because that is exactly what is happening.

Drama that we would normally expect to see psychologically manufactured on Jerry Springer is now being manufactured at rallies, church meetings, book clubs, coffee houses and most effectively on the evening news.  These are the pied pipers who keep these angry people in a perpetual state of motion.

For example, media outlets would like us to believe unemployment is fixing itself, flashing headlines at us like the one on oct.28, 2010 stating “applications for jobless benefits dropped by 21,000 to a seasonally adjusted 434,000 in the week that ended Oct. 23, according to the Labor Department.

It was the second-lowest number for first-time claims this year. The only time it was lower was during the July 10 week, and that week was affected by the Independence Day holiday when state unemployment offices were closed.” (AP, 10/28/10)

Even with unemployment rates supposedly dropping, (based on filing statistics for unemployment benefits) we are not seeing an increase in job creation or subsequent hiring.  Also not every person out of work applies for or is eligible for unemployment.  If someone has been working under the table or has had their own business and hasn’t paid unemployment insurance they would not count in these statistics and it is these people that are being hit the hardest.  The small business owners.  People in this category range from massage therapists who work mostly on a cash basis to people who have bought into pyramid-like businesses, think Tupperware™, Avon™, Amway™, Reliv™.  Those who succumbed to the siren song of working from home to make thousands.  Nowadays people just aren’t up to throwing much less buying Pampered Chef™ parties and fancy candle of the month clubs.

However, spin doctors like Glen Beck are more than happy to point a finger at the latest baddie and tell the housebound salesman that their Hispanic neighbor is the reason the numbers are wonky.  Of course unemployment is up and you are still down brother, you my friend are the new minority, get mad, get even.

And before you head down to wherever to lend a hand spreading the message be sure to stop at your local Wal-mart and pick up a case of American made Anheuser-Busch© product.

It’s a dangerous time and there are dangerously depressed people out there.  I guess those Cymbalta™ commercials were right. Depression does hurt.

By: Grainne Rhuad-The correlation between economic depression and emotional depression is one that cannot be ignored, and it’s the cause of most of our behavior problems.