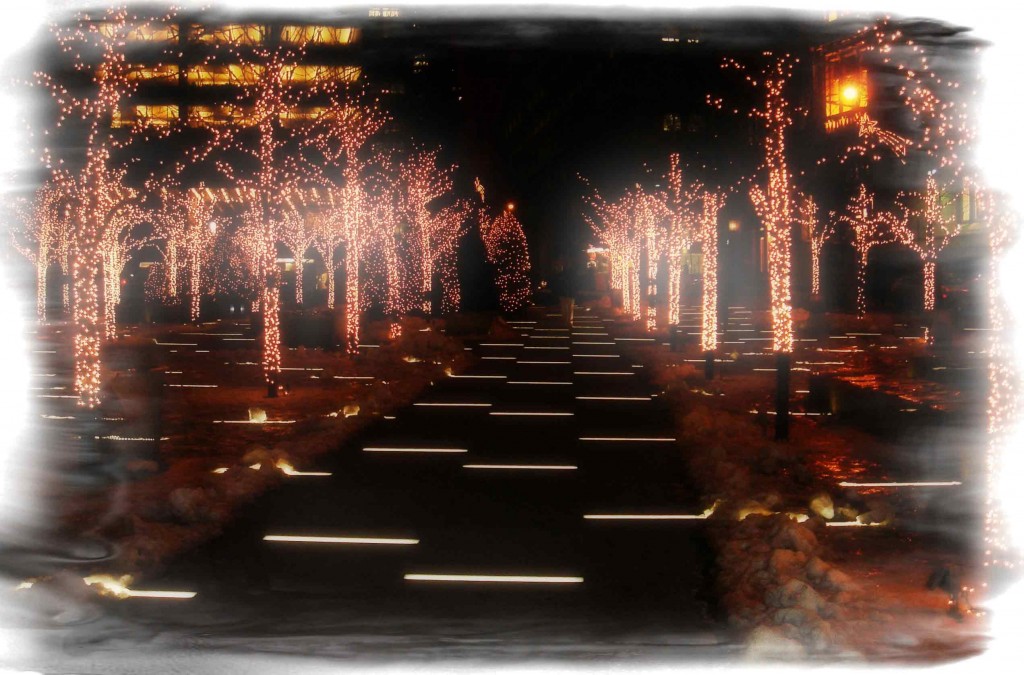 Every year at this time, I celebrate an anniversary of sorts. I sometimes post the following and if it sounds a little self-indulgent, I apologize in advance. In actuality, the following story isn’t really about me. Over the years, I have received many personal notes regarding this story. So I post it in the hopes that if even one person gets something out of it, then it would’ve been worth it.

I remember hearing once that the more we express gratitude for our blessings, the more it brings to our mind other blessings. The more we are aware of what to be grateful for, the happier we become.

Thanksgiving Day has its own personal meaning for me, as I’m sure it does for everyone else. Actually, Thanksgiving Day, with its historical roots in deceit and betrayal, has layers of meaning. First there is the truth that Thanksgiving Day is founded on a series of events that led to the murder and genocide of a whole people and way of life — the American Indians who were here before this land was “discovered.”

The myth taught in schools regarding pilgrims and Indians is just that: a myth. For example, pilgrims had taken to stripping sacred Indian burial grounds for food because they were starving. Their knowledge of the land and survival strategies were so deficient, they eventually resorted to robbing graves for food. The Indians, with their cultural emphasis on ancestor worship, would bury foodstuffs along with their dead, one day a pilgrim stumbled upon this discovery, and they took to robbing the burial grounds in order to survive.

Seeing this, the Indians took it upon themselves to teach the pilgrims the necessary technology for their survival (and in that way, ensure the sacred graves would stay intact). Eventually the pilgrims would repay their Indian benefactors by killing them off. Therefore, being of Puerto Rican descent and having at least some affinity with the original inhabitants of the Borinquen (what is now called Puerto Rico), the Taino Indians, there is a cultural/ political meaning to Thanksgiving Day for me.

(Note: if you want to get a great read on this and other US historical events, read Lies My Teacher Told me with your child)

Another layer of meaning comes from my Puerto Rican heritage. Puerto Ricans, for the most part, take American holidays and have used them as opportunities to express their own cultural identity. For example, Puerto Ricans will eschew the traditional holiday fare of turkey and potatoes and substitute lechon and pasteles, Puerto Rican culinary staples. If we do cook turkey, we cook pavo-chon, a turkey prepared in a manner that makes it taste like lechon (pork suckling). Hence, Puerto Ricans take a holiday with roots in genocide and use it to express cultural pride.

However, for me Thanksgiving holds its most significant meaning on a personal level. You see, it was around this time 20 years ago that I experienced the first of a series of “spiritual awakenings” that would profoundly change my life. The exact date is November 26, 1990 and it usually falls around Thanksgiving Day. A week before this date 20 years ago, I was so wracked with psychological pain that I attempted to commit suicide. It’s actually a little funny in a perverse way: I tried climbing over the rail on the Brooklyn Bridge’s pedestrian walk, but I was so skinny from malnutrition and years of substance abuse that a strong wind knocked me on my ass. I saw this as the ultimate insult, not even being able to kill myself, which gives you an idea of my state of mind at the time.

I walked away from that incident cursing my ineptitude to chase another bag of heroin. In my warped way of thinking, I had this fear that I would botch up my own suicide and merely succeed in paralyzing myself, dooming myself to pursue drugs from the disadvantage of a wheelchair, so I put away notions of suicide and decided that I would find someone else to put me out of my misery.

And though I speak lightly of that time, I was very miserable. I don’t believe in a God in the traditional Christian/ Judeo sense, but each night during that time I would pray that if there was a God/ Goddess/ It, that they would find it in their mercy to kill me in my sleep. But every morning I would wake up sick, hopeless, and penniless. And though I would always awake broke, I would still manage to spend $300 by the end of the day, feeding a fierce heroin habit.

I maintained my expensive habit by ripping off drug-dealers, never a safe proposition. One day, one individual, annoyed that I had separated him from his assets, pulled out a gun and threatened me with it. Without thinking, I took the gun by the barrel shoved it up against my forehead and begged him to shoot. All I asked was that he made sure to kill me because, “You would be doing me a big fuckin’ favor.”

This was in broad daylight in the middle of a crowded New York City street. I remember people screaming and a crowd forming, but what I remember most was thinking that this was my way out.
“Do it, motherfucker!” I yelled, my eyes squeezed shut. He pulled the trigger and…

I don’t know if the gun jammed or if it wasn’t loaded, or if he was just bluffing, but for whatever reason, the gun did not go off. The drug-dealer, his adrenaline rush now subsiding gave me a horrified look, yanked the gun from my grasp and walked away, calling me crazy.

In my mind, I thought I could do nothing right.

That wasn’t the worst of it, things became progressively more out of control until November 26th, when I experienced an incident so earth shattering that it would change me and my world in unimaginable ways. No, I didn’t see God, nor did a burning bush dictate commandments to me, there was no chorus of singing angels. To be honest, most people would consider the events that transpired on that cold, drizzly, dreary November day as a humiliating defeat. For me, it was the beginning of a new life. A life today far removed from the suffering I experienced in those days..

This is why I often tend to see the better side of people: I know even the worst of us have the potential to liberate ourselves from our own self-made prisons. I was one of those people.

Unfortunately, there are some in denial about the shackles we love. To those people I offer my profound thanks for keeping it real for me.

To be clear, I am not a religious person and no, I don’t accept Jesus (nor anyone else, for that matter) as my “personal savior.” My view is that religion is for people who are afraid of hell and spirituality is for those who have already been there. I simply try to be the best person I can be on a daily basis and oftentimes I fall short of the mark. However, my intent and direction is good and orderly — I try to live a life that’s centered on spiritual growth. I try to the best of my ability to be a good person on a daily basis.

On that day, 20 years ago, I had no clue of the life I would be living today, not the happiness and fulfillment. There’s a core feeling that’s not dependent on any person, place, or thing. I can be sad, happy, angry, disappointed, disgusted — I can be experiencing any number of attachments — but at the center, at the very core of me, there is an invincible joy that’s greater than any drug-induced high I have ever experienced. And believe me: coming from me, that’s saying a lot.

For that, I am truly grateful. This past year (as with most years) has been challenging. At one point, I felt as if a thread had been pulled and my life and all I had worked for all these years was unraveling before my eyes. I could easily surmise, if I adopted such an attitude, that my life — that life itself — sucks. But that’s a lie. Life is a gift… probably the most precious of gifts.

And for that I am most grateful.

Edward-Yemil Rosario: I often tend to see the better side of people. I know even the worst of us have the potential to liberate ourselves from our own self-made prisons