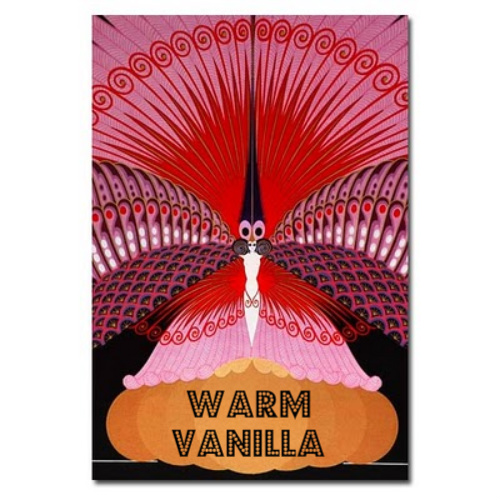 She saw the man when she was still some distance away from her apartment building.  He was standing on the patch out front that served as a tiny children’s park in summer; shoulders hunched inside his leather jacket.  The thing that attracted her attention about him was that he was standing as the snow fell, going nowhere and doing nothing except staring at her building.

By the time she was closer to him she began to have a strange feeling. The set of those shoulders, one slightly higher than the other, the stance with the elbows slightly out-thrust…surely it couldn’t be he.

She almost stopped as the flood of conflicting emotions began rising inside her. For a moment she seriously considered going away, walking off to sit in some cafe and sip espresso until he should have gone, but she was tired and it had been a long day. Besides which, a load of chores was waiting for her behind the windows she could see from where she stood.

Besides, it probably wasn’t he after all. Why should it be – how could it be, when he was halfway round the world? It must be someone else. It had to be someone else. She would go on past to the door, she thought, and not glance at his face, even from the corner of her eye. She would go in and take the stairs to her flat, not waiting for the lift, and once indoors she would not even look at the windows, let alone peer through them to see if he was still outside – whoever he was.

As she got closer to him, she began hunching her shoulders unconsciously, trying to hide her head between them. She found herself wishing that she had a hat or a cap on – any kind of headgear, to hide her hair from his gaze, which was strange, because certainly he couldn’t be he. And she repeated to herself, mouth dry and heart hammering, that she wouldn’t look at his face at all, under any circumstances; so, of course, as she passed him, she turned her head, as if against her own volition, and did.

It was he. She saw him clearly, as though the years in between had never happened. She saw him as he had always been, the round face with the high cheekbones, the slightly sunken eyes, the prominent temples, the tiny crumpled ears. Once she had enjoyed fondling those ears.

She stopped at last, right beside him, and turned, slowly, as though controlled by strings. “Hello,” she said.

He nodded slowly, without surprise. “I’ve been waiting for you,” he said quietly, with his heavy accent. “I didn’t know if you were still living in the same place, or else I’d have gone up and rung the bell.”

“Yes. I thought you might be. That was another reason I was waiting.”

“You could have phoned me and said you were coming.”

He shook his head just a little. “You’ve changed your number since then, or did you forget?”

“It is you, isn’t it?” she asked, suddenly unsure of herself. She reached out to touch him, and then dropped her hand when her fingers were within brushing distance of his jacket. “But how…”

“There’s an international radiologist’s conference in town,” he said. “I’m a delegate.” He smiled slightly, his large yellow teeth showing. “My colleagues went sightseeing. I told them I’d seen the sights already.”

“I…” she remembered the old times together with him right there inside the flat, sipping wine and laughing at silly TV programmes, and sighing with pleasure as they made love while the moon shone through the window, and she knew she could never take him inside there again. “It’s not fit for visitors,” she said apologetically. “I haven’t had time for chores. Let’s go to a cafe or something.”

He shrugged. “It’s fine by me. I just want to get out of the cold.” They walked together out of the narrow lane that led to the apartment block, turned right, and right again. Darkness was falling fast.

“Do you remember this place?” she asked, leading him up the stairs. The warm yellow light from the cafe spilled through the windows and illuminated the drizzling snow. “We came here once.”

“I remember. It was the first day of my visit to you that time.” He looked around. “Even the decor is the same. Nothing’s changed.”

She said nothing until they had taken off their jackets and sat down at a table. “The prices have changed,” she told him.

“You’re looking good,” she said, and almost meant it. There were speckles of white in his beard, and his eyes looked tired.

“So are you. You’ve lost a deal of weight. It makes you look better.”

“How’s your work? The hospital? Are you still working at the same place?”

“It’s OK. The work’s as it always was, and the hospital’s the same one. What are you doing for a living nowadays?”

She told him. “I couldn’t get the old job back,” she finished, “but I found this one. At least it pays more than double what the old job did.”

“I’m glad,” he said. He ordered for both of them, cappuccinos and pastries. “I’m glad you’ve got a good job.”

“So,” she said, when the coffee and pastries had arrived, “how are you, really?”

“And how is…” she had forgotten the other woman’s name. She felt it slipping and sliding in the back of her mind, but couldn’t quite grasp it. “How is she?”

“She’s fine.” He smiled. “She’s fine, and happy, maybe happy for the first time in her life.”

“I’m glad she’s all right.” And at that moment she meant it. “She deserves a little happiness in her life.”

“I’m all right. I got married again, you know.”

“We’re divorced,” she said. It came out without inflexion or emotion. He looked back at her. “It didn’t last long.”

He didn’t say he was sorry. “Are you happy that you’re divorced?”

She stared at the wall. A poster shouted WARM VANILLA at her, whatever warm vanilla was. “I don’t really know. I suppose I was looking for happiness and never thought about what it meant. What’s warm vanilla?”

“I have no idea. Where did you find that?”

She pointed at the poster. “Why did you come here, really?” she asked then, when he had turned his head to look.

“Just to talk,” he said. “I wanted to talk to you. After all these years, there should be a lot to talk about.”

She stared at him. “Yes, but all those days together you didn’t want to talk,” she wanted to say. “It’s nice to talk,” she said instead.

“Yeah…but there doesn’t seem all that much to talk about, after all.”

They finished the coffee and pastries in silence. “Come back to the flat with me,” she said as they were putting on their jackets, suddenly changing her mind. “It’s not true what I said about it being a mess, and anyway, even if it were, it wouldn’t matter.”

He shook his head. “No,” he said. “I’m flying back tomorrow morning, and I have to be getting back to my hotel. But it was nice to meet you again.”

“Do you ever…” she began, but bit back the words. Do you ever regret parting, she wanted to say, but he would answer no, of course, and then she would say something that hurt him, and it would go on like that. “Do you ever go to the old places again?” she compromised.

“Well, naturally. When I need to.” He glanced at his watch. “I’d better be going.” He hugged her briefly, his cheek warm against her forehead. “If you ever come again, don’t forget to contact me. The mobile number is the same.”

“Yes,” she told him, looking at the lights across the street, which glittered on the snow. The lights seemed to waver and shift strangely, as if behind a curtain of water. “I will,” she said. “Of course I will.”

“Good night,” he said, holding out his hand. She looked at it, at the black hairs on the backs of his knuckles, and she was suddenly sorry she hadn’t obeyed her first impulse to turn round and walk away.

Warm Vanilla posters and postcards available for purchase at our webstore. http://www.zazzle.com/warm_vanilla_poster-228832137099594105

Bill the Butcher: Surprise visits from your past rarely go as expected and often leave one wanting. “She saw the man when she was still some distance away from her apartment building…”

We Maraud in Peace