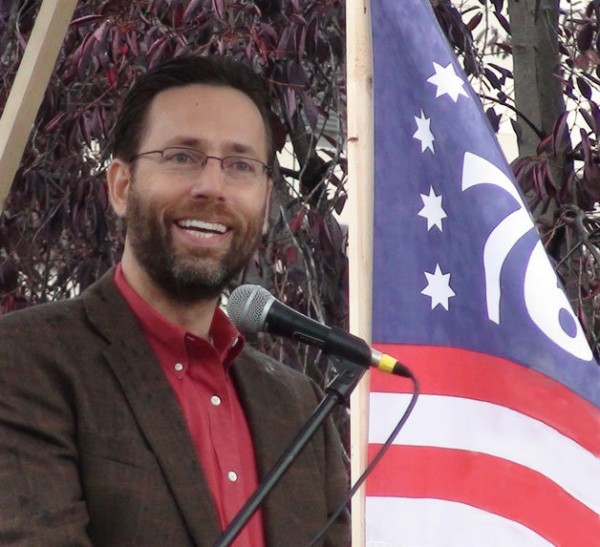 The circus has begun, and it looks like this will be the biggest mud-slinging campaign for a Senate seat since the early days of the Alaskan pipeline, when every carpetbagger, entrepreneur and opportunist who had ever dreamed of rubbing shoulders with the oil industry lined up for a political spotlight.

In ring one, we have incumbent,  Lisa Murkowski, who failed to win in the primaries, but who is still campaigning on a write-in ticket.  Does Murkowski really have a ticket to ride?  No candidate has won a write-in ticket in over fifty years, but the polls show her riding the storm just a little ahead of her rivals.  One of the questions she was asked was how her supporters would remember to write her in at a time when people are accustomed to just punching in a candidate.  She answered that she would pass out wrist bands as a reminder.  Forgetting that she won the previous term to office  by popular vote, the Republican Party has decorated her ring with a Princess background to remind the forgetful that she was first placed into office by her daddy.

In ring two, we have Democratic hopeful, Scott McAdams, from Sitka.  While his platform is based on experience as a fisherman, involvement with the Alaskan Native Community, and years of service to education, this may not be enough for a campaign that so far has thrived on sensationalism.  The most titillating remark he has given is that he, as a Democrat, supports the opening of ANWR and believes the President will be more easily persuaded by a Democrat than by a Republican.  Without any outstanding corruption charges against him, he’s having a very difficult time attracting the spotlight as a viable candidate for the Senate seat. 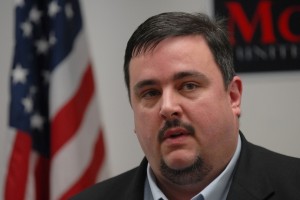 In ring three, we have Republican nominee, Joe Miller, who puts on a spectacular performance, courtesy of tea party hosts, Sarah Palin and Glen Beck.  Hailed as a champion of Alaskan self-determination, we now present the star of the show… But wait a minute.  It’s a no show.

Joe Miller hasn’t seemed to be very fond of making public appearances since winning the Republican Convention.  He didn’t appear at the October 18 meet the candidates debate, sponsored by the Alaska Dispatch, and featuring lots of tough questions by the moderators and audience.  This could have been awkward, except Murkowki and McAdams did show up, keeping the entire event lively if not particularly thought provoking.  According to his spokes person, Miller wasn’t a no show.  He had never planned to be there, due to a long-standing conflict.

Ad lib “of interest” next to conflict.  Joe Miller claims the Alaska Dispatch is covering him in an unfairly negative way.  The day before the event, his hired military body guards handcuffed and detained Dispatch editor, Tony Hopfinger, for a half hour until Anchorage Police arrived and released him.

Miller said Hopfinger blocked his access to a school exit, and he and an aide had to turn back the other way. Hopfinger “physically assaulted another individual and made threatening gestures and movements towards the candidate,” Miller’s campaign said.

William Fulton, Drop Zone owner and Miller’s chief guard at the event, said he then arrested Hopfinger for trespassing and assault. He said he had the right to arrest him for trespass because the campaign had rented the space from the school district and had the right to exclude anyone, though the district said it rented the cafeteria, stage and parking lot, not the hall where the arrest took place. 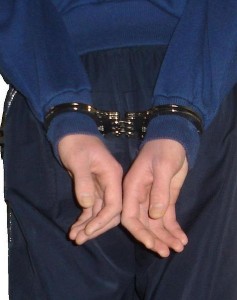 After reviewing the case, Anchorage prosecutor, Albert Patterson, said no charges would be filed against Hopfinger or the Drop Zone guards.  Hopfinger has yet to decide whether to pursue a civil case against Joe Miller for assault and illegal detainment.

The issue isn’t really whether or not Hopfinger behaved properly, but the moral integrity of a political figure that bars the press from town meetings held on public property. When Lisa Murkowki’s campaign manager, Kevin Sweeney accused Miller of falsely making claims on Murkowski’s financial disclose, he also pointed out that Miller had failed to file his public disclosure form on time.  As other details emerged concerning Miller’s failure to repay the federal government for $13,677 he received for subsidies and interest for the 1990’s, reported by the Alaskan Dispatch, and accusations arose that Miller was caught using other employees’ computers at the Fairbanks North Star Borough for online polling and then emptying the cache on the computers so the users wouldn’t know what he had done, Alaskans everywhere have been wondering just what Joe Miller has to hide.

Hiding has become the political ploy of a disturbing movement that wants to place a majority of their style of Republican representation into the White House, beginning with the Senate seats.  The opinion among this radical set that likes to paint themselves as true upholders of the Constitution is that all media coverage of their presentation should be favorable.  Sarah Palin set the bar when she demanded a full apology on David Letterman for spoofing one of her daughters.  Her campaign trail, which she initially said was simply for promoting her book, has not been literary at all, but markedly political.  It’s been a cunning path of collecting supporters from around the country who will finance favorable media coverage.  She leaves the sticks and stones of intellectuals, conscientious reporters and human rights advocates alone.

Joe Miller has plenty to hide.  The security company Joe Miller hired for his private performance is tied to an extremist militia group and didn’t currently have a license, according to Palingate, an Alaskan blog that says it serves as a watchdog over Sarah Palin.  The blog states, “Dropzone Security Services” is not just a company run by people who are not very clever, but the company is also right at the heart of the “Alaska Citizens Milita” – a group commanded by Norm Olson, who once rose to “fame” as the founder of the Michigan milita. Part of Norm Olson’s history are also contacts to Oklahoma bombers Timothy McVeigh and Terry Nichols, who trained with the Michigian Milita in the past.”

We must question the moral integrity of a candidate running for political office who would willfully censor the press through unlawful intervention.  It would make us no different than China, who the US accuses of suppressing free speech.  It can’t just be the free speech want to hear, but the equity of all honest opinions.  Benjamin Franklin understood this when he worked with his older brother on America’s first newspaper, “The New England Courant”.  He understood it even better when England was displeased with his unfavorable coverage and attempted to destroy the press.

The administrator of Subversify magazine, Mitchell Warren, states, “free press is the only protection the weak have from the rich and powerful.  it is the only thing that guarantees not only our freedom but also the responsibility of those in charge”.  While Tea Party advocates insist they wish a return to the Constitution, their activities have undermined the basic fundamentals of the Constitution.  Free press can only be guaranteed as long as the press has the right to observe and report, as long as opinions are allowed to be expressed, whether or not they reflect favorably on the subject, as long as transparency truly exposes the policies and agendas of its social/ political leaders.  Hoppfinger was wrongfully detained and handcuffed by an unlicensed security group whose sole purpose was to prevent unfavorable press coverage.  The Anchorage District Prosecutor was negligent in his duties by not filing a complaint against the office of Joe Miller.  A civil suit is in order, not just for the personal injustice done to Tony Hoppfinger, but for the rights of independent press to speak freely, without fear of reprisal.

Karla Fetrow: The detainment of Tony Hopfinger isn’t just a question of trespassing, but the earmark of a disturbing trend to censor unfavorable press at public functions.