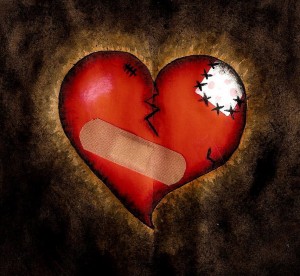 Is medical treatment in the United States really better than health care in other countries? It seems questionable as “Individuals with employer coverage who reported fair to poor health were more likely than those in good health to lose coverage.” [1]

Due to recent real life experiences of myself and others, if it is better, I would hate to see what it is like in countries where health care is worse.
I recently entered the hospital due to congestive heart failure. [2] Nothing’s like it… not that I’d recommend the experience to any of my friends… (Perhaps to a few of my worst enemies, though).  In my case it, was caused by a variety of variables which made it difficult for the doctors to understand and diagnose.

Two of the factors were relatively normal.  The irregular heartbeat and the sleep apnea are both contributing factors.  The two that were not regular were the path of the veins in my heart and the sensitivity of my heart in love relationships. [3] Mayo Clinic calls it “Broken Heart Syndrome.” [4]
They didn’t believe it to be a heart problem at first because the heart enzymes didn’t increase sufficiently.  As it turnes out, though, the path of my veins is like a “z” with sharp turns.  When the sensitivity caused the blood to slow, it clogged the arteries at the turns.  The turns were so sharp that the doctor couldn’t get a stint in the arteries.  Hence, the broken heart.
Mending a broken heart of this severity is no easy task.  When it’s not possible to use stints to open the pathway of the arteries, fixing the problem involves ripping out some blood vessels out of your leg from your knee to your groin.  They proceed to cut open your chest and chisel open your rib cage with an electric tool… all while talking about their new pick-up trucks. They then spread your ribs open and cut on your heart. Ah, such a pleasant experience when you awake.  The injury is still sore to this day, especially at the point of entry.  They then attach the vessels to the main artery exiting the heart and route blood flow to the parts of your heart that are lacking in blood flow.  They did this successfully three times on my heart, but the fourth was a no-go.  The artery was too deep in the heart.  First cut is the deepest?  Oh, did I mention that it hurts like hell and a natural death would have been preferable?

When they were about to start the surgery, the doctor interrupted his story about his new truck to tell me that instead of using traditional anesthesia, they were going to use something that caused amnesia. I told the doctor that those drugs don’t work on me well. His reply was, “I’m too busy to talk to you right now.” He then turned his head back toward his associates and continued his story about his truck, not paying attention to what he was doing to my body.

What I told the doctor was true. I remembered the crap he said and the way he treated me. I had never seen such a heartless, uncaring group of physicians in my life. He and his hunting buddy doctor friends were more concerned with their hunting tales than the patient. The poor treatment didn’t end there.

Besides not giving me any pain medication for three days after the surgery, the doctors and nurses refused to listen to me when I tried to tell them there was a problem. They just kept telling me to get out of bed and walk and to keep inhaling with the 2500 Voldyne® volumetric exerciser to try to get my breathing up to 2500ml. Each day, though, the amount I could inhale kept dropping instead of going up. I tried to point this out and they just accused me of not using the meter enough… at least until one of my scars burst open and the dark blood that had accumulated and built up pressure started running down my gown. But this was not a problem. It certainly wasn’t any of the surgeon’s concern… according to the surgeon.

The insurance corporations do their best to kick you out as soon as possible after the surgery. They don’t even consider whether or not you might have complications. Although there was a time when surgeons would fight with the insurance companies to get their patient proper care, those days seem to be gone. I was bounced from room to room after my surgery. They wanted to get me out of CCU as quickly as possible, though I tried to warn them that there was a major problem. They moved me down to a regular room then had to move me back to CCU three times at Tomball Hospital.
After the doctors decided I had been in Tomball Hospital long enough, I was sent to Triumph Hospital, a Long Term Acute Care hospital.

Doctors act just like corporations when they are “deregulated.” They use the “frivolous lawsuit” deregulation as an excuse to provide ever-decreasing quality of service for ever-increasing prices and also use it to avoid taking responsibility for their actions.

I went in for my first follow-up visit since the surgery yesterday.  Interestingly, there was a policeman in the office in full uniform that had also recently gotten out of the hospital who was complaining about the doctor not giving him his meds.  I engaged the officer in conversation and explained how they had been doing the same thing to me, but I thought it was because I was on Medicare.  He said that he has good insurance that he PAID for and he’s receiving that kind of treatment as well.

Not long after our conversation began, the rest of the office chimed in with similar stories and the story led to the attitude, lack of communication, and treatment given by the doctors.  It seems that poor medical treatment in the U.S. is not limited to those who have “government programs” like Medicare and Medicaid.

The discussion in the office got loud and one of the nurses came out and said, “Maybe I should put a comment box in the waiting room?”  I told her that would be a good idea.  Shortly after that, the officer was so angry that he placed his hand on his gun holster and stormed through the door to the back without being called.  We didn’t hear any shots, but soon he came out with a bag of samples of the medication he needed.  It just goes to show you how angry doctors are making people with their poor service and demeaning attitude toward their patients.  No one in the office yesterday would have blamed the officer for taking a shot.

Health Care Reform didn’t go far enough, it seems.  Perhaps there needs to be more about patients’ rights and something about doctor responsibility.

I did get my medication increased yesterday and my doctor sent me to get some blood work and x-rays.  If they find that what’s causing the pain IS a build-up of leaking blood again, I’m not sure what to do.  I don’t really want to have to go back in every month to have a drain tube put in, but I don’t really want to let the yahoos who worked on me before to work on me again.  Perhaps the DeBakey crew could fix their screw up through the smaller incision in the side instead of cracking my chest in half again.  If I’d known about the DeBakey group’s procedure ,I would much rather have gone that route than have my chest split down the center and spread apart.  Less invasive usually means better and quicker recovery.  Sorry I didn’t know about it before I went in.

Based upon my experiences with healthcare, I wrote a movie concept that someone should definitely make. MAYBE it would make some of the medical students think twice before they proceed to treat their patients badly and unprofessionally.

The Patient:
A man goes in for bypass surgery. The doctors treat him badly, speak to him rudely, and ridicule him for having long hair. They do the surgery, but refuse him pain medication and continue to ridicule him during his recovery time in the hospital. The man is sent home still bleeding internally after the doctors refuse to repair their mistake.

The man, realizing he is going to die, kidnaps the doctor and puts him through a series of excruciating tortures, each time asking the doctor if he wants some pain medication then telling him, “You can’t have any.” The man eventually dies from his surgery and the doctor is rescued.   Has the doctor learned his lesson? 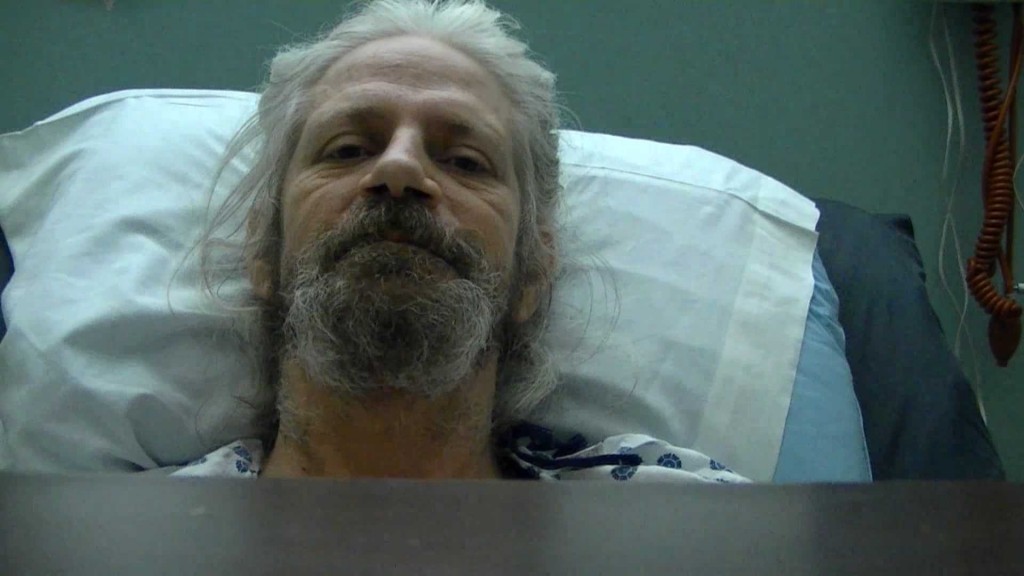 By: SpaceEagle- Is medical treatment in the United States really better than health care in other countries? It seems questionable