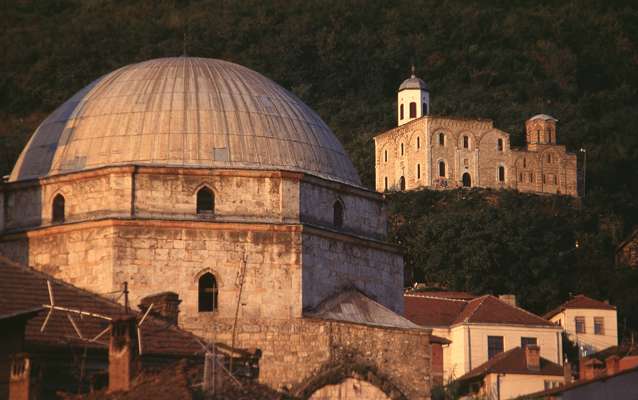 The “controversy ” about the building of a religious and cultural center two blocks away from the site of the horrific 9/11 bombing in lower Manhattan should be generating no questions at all. If this Center was to be used by a Christian population it would be considered blessed and the questioner would be derided rather than those who have proposed this building.

But, of course, we all know by now that it isn’t Christian. It is Muslim. Because it is Muslim it has become acceptable for this Center to have evolved into an object of controversy, scorn and downright hatred by some who should know better. The question that occurs to me when I read or hear the arguments as to whether this Center should be allowed repeated over and over: Why is it that the loudest voices in this situation come from those who protest that they themselves are the true and ardent Defenders and Guardians of the Constitution? These are the people who constantly and shrilly point accusing fingers at others in the name of patriotism. They are the self-appointed guardians of all that is American, all that is patriotic, all that is true. Yet when it is politically expedient, they are the first to show a willingness to do away with the fundamental rights of the people. (The former President Bush did it when he chose to go to war against the Iraqis and suspended several fundamental rights of the American people in the infamous “Patriot Act.”)

These so-called great Americans seem to be the first to desecrate the ideas of Freedom of Religion and Freedom from Religion. I am talking to you Newt Gingrich. I am taking to you Sarah Palin, I am talking to you Jeff Green, I am talking to you Rand Paul, and I am talking to you Rudy Giuliani. I am talking to all of the shrill, loud mouth haters: The Center being proposed is Muslim. It will have a religious purpose. As such, it is protected by the laws of this country. The City of New York has issued a permit for its construction on the site of a former Burlington Coat Factory outlet. The site is already being used as a place of worship by the congregation that owns it. They simply want to have a new and larger building.

The Government is forbidden to make laws that will govern or restrict the practice of any religion… including Islam. Yet the loudest protests come from the conservative right wing. These heroes of the Tea Party movement who want to “take back their country” are the first to want to sell out the original concepts and values of that Country. One of the Freedoms we Americans are so known for and that we constantly preach about is this “Freedom of Religion.” What makes these “patriots” think it should be different for Muslims? Why is Islam not being given the same consideration as any other religion? How does our National Conscience excuse what is happening? How does our National Conscience excuse the strident voices who time after time light a fire under any situation and watch with delight as the fire becomes a conflagration of heat and flame?

We, members of the public and the voters of this land are also responsible. We listen to these loud mouthed idiots and we give what they say credence, when all the time they are hollering words designed to inspire anger and to rouse the rabble of this country. The very worst part of it is that they absolutely know that what they are spouting is not true, that it is a fabrication that will strike a nerve in those they want to manipulate.

Even those of us who sincerely feel for the victims and survivors of the 9/11 disaster know that it is not this mosque proposal that brings hurt to them, but rather this huge controversy that is the gift of the manipulators. We have to ask if the protests and stridency we are seeing on the news and reading about in the newspapers are really the result of mass-caring about the 9/11 horror, or a manifestation of the Islamophobia fueled by the Right Wing and in particular the Fox News disinformation outlet.

Freedom of religion or freedom from religion, it is the same and comes from the same root. If we can disallow the construction of a place of worship already owned by a congregation that is led by a Clergyman (the Imam Feisal Abdul Rauf) who has proven time and again to be a friend of the U.S., where would such interference end?

Where will such interference end? What other lame-brained protests will we see next? What causes will the Right Wing embrace next as they troll for votes by pushing every emotional button they can find to cause their followers such distress that the distress over-rules the brain and their vote is secured on an emotional rather than on an intellectual level?

It is when I see such behavior as this that I have to wonder how we can ever expect to be considered a great country when too many of those who would lead have anything but the spark of greatness.

By: The David- “So-called great Americans seem to be the first to desecrate the ideas of Freedom of Religion and Freedom from Religion.”