The Compulsory Writer-Subversive Activity in 2010 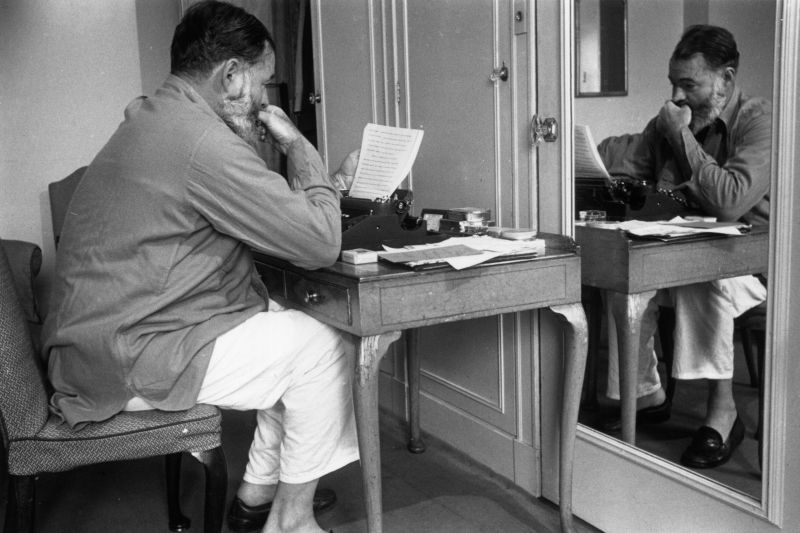 “I would stop if I could.  It’s not like there’s any real money in writing, unless through some miracle, you know the right connections, can pull some strings, or you’ve resigned yourself to a subject matter for hire type job.  In the new computer Internet world, everyone loves to write; blurbs, slogans, quotes, cozy friendly letters for the down home friends style connections.  There’s so much noise, so much chatter and information being passed around, it’s difficult to stand out as an individual voice.  It seems pointless, yet if I don’t write, the words build up inside and I can’t sleep.  They manufacture a confusing racket in my dreams if I do sleep.  I have no choice.  Every day, I pound out a few thousand words and wonder why I do this; allow them to stand in loneliness on my page.”

Every time I hear or read this complaint, I thank my lucky stars, because this is the complaint of a true writer.  A writer could no more stop composing than a musician could stop playing his instrument or the artist stretch her paints over a canvas.  It is a compulsion, a fever that guarantee’s the laborer to the written word will not abandon his or her craft.  While it’s not unusual to find people who are able to complete a scene in exquisite words, to reveal a instant and hang it in your mind like a suspended moment, it’s far more difficult to find the prolific writer.  The occasional writer works from inspiration.  An idea comes, or an experience, or a compelling issue, and the words rattle out joyfully, uninhibited and musical.  The prolific writer works from perspiration.  The short bursts aren’t enough.  An idea becomes an outline.  An experience becomes a story.  An issue becomes something to research and weigh.

It’s the prolific writer who builds the foundation to a magazine.  Readers begin to search for these regular meetings between the creative mind and the public.  They develop an expectancy of the delivery, whether it’s documentary style non-fiction, a review, commentary, fiction or humor.  Publishers prefer to know the writer is prolific.  They want to see a solid base.  They want to know that the work they are about to publish isn’t a one time wonder but that the writer can deliver again and again.

Two years ago, a few prolific writers stretched their muscles and said, “I’m not really a blog writer.  I’m not really the kind of person who likes to take writing assignments.  I want to be able to put my best work out there without fear of it being stolen, and I want to write what I please; articles, humor, fiction.  I want to work on a magazine.”  On that day, Subversify was born.

Subversify has gone through a lot of changes over those last two years.  From an initial staff of four, it has acquired over a dozen regular contributors, and numerous guest writers.  We featured four boxes that shifted randomly as it occurred to someone to post a story.  Sometimes a headline would disappear from sight within a few days.  Other times, the page would go unchanged for two or three weeks.  We celebrated the first time we received a hundred hits in one day.  Now it depresses us if the daily hits drop below two hundred.  We change our entire page once a week, and work hard to maintain a variety of news articles, science, history, travelogues, reviews, fiction, humor and commentaries.  We have become a magazine.

To help maintain a sense of organization, Subversify chooses a new theme for featured articles and stories every three months.  Since its inception, we’ve concentrated on a number of stimulating topics for theme based articles; education, spirituality, economics, minority rights.  For our summer, we chose the theme, “freaks, geeks, carnies and cowboys”, which we expanded to include anyone who travels and makes money through entertainment.  To make the theme more stimulating for the participants, we included a contest; a box of Alaskan chocolate wild berry products to the winner.  To those who think this might be a small thing; let me tell you.  Alaskan chocolate is the kind the Swiss would kill for and those sparkling wild berries inside just can’t be found anywhere else.  However, since nobody is paying me to expand on the virtues of these wonderful chocolates, I’ll return to the original subject; the results of the contest.

It was very difficult for me to pick a winner, primarily because I see anyone who puts out effort as a winner.  However, there were two stories that captured by interest for their tenderness of expression and I can’t separate a preference for either, so I have two winners.

The first is our very prolific writer and staff member, Grainne Rhaud, for her wonderful story, “Ballyhoo Baby”, in which she describes her early carnival life, her one “magic trick” and her reflections on what she calls the “watered down” carnivals of today.  She wraps the story joyfully with an introduction of a new generation of carnie lovers who are fascinated by the weird.

The other winner is our photographer, Rocky Brown, with his biographical story, “Old School.”  Set in Perkins, Oklahoma, he uses the dialectic voice of his region to relate the history of his home town and how it shaped him into the life of a modern day motorcycle cowboy.  He paints a picture of old wooden store fronts, young boys and their grandfathers going fishing, and that strong, incurable taste of wanderlust.  Congratulations to both Rocky and Grainne, and my appreciation to everyone who joined the contest.

Although it was fun, Subversify will probably not sponsor another contest any time soon.  Counter-cultural in everything we do, we feel a great deal of disagreement with the importance placed on “winning”.  The competitive spirit has become so great, it even extends to long conversations on who has had the most operations, the most troublesome children, and we must not forget those who must have the last word.  As a writer, the only person one should be competing against is him or her self.  The drive should be like that of a long distance runner.  Having clocked seven minutes for the mile run, the next ambition is to whittle it down to six; to beat your own record.

As a magazine competing against itself to constantly improve its quality and format, we have pledged this year to sponsor one to two fiction stories per week.  Nearly all non-fiction writers are at heart, fiction writers.  While non-fiction is the process of delivering information, fiction is the process of digesting it and creating situations with believable characters, conflicting personalities and the consequences for actions.  Fiction removes the formal language and barriers placed on documentary writing, allowing the writer to create the human situation, a plot, a conclusion and sometimes even the redemption.  Fiction is the mirror images of ourselves, our society and our circumstances.  It’s because of this that fiction remains immortalized in memory long after the documentation of an era has faded from the collective mind.

An exciting project our prolific writers have been working on is a paperback anthology of fantasy and science fiction.  Although we’re still in the planning stages, we have some great stories lined up, guaranteed to catapult you into worlds of imagination and possibilities. Some of these chapter stories we’ve already published in part at the magazine, but in order to read at your leisure, without interruptions or waiting, you’ll just have to wait for the paper back anthology to come out and become among the first to buy into the company of our new twenty-first century writers.  Don’t let the times leave you behind.  Step into a future with all the complexities, promises, ideals and changing climate of a new era.  Step into the rapidly changing world of Subversify productions.

The Loneliness of the Wait