My Gift To Humanity 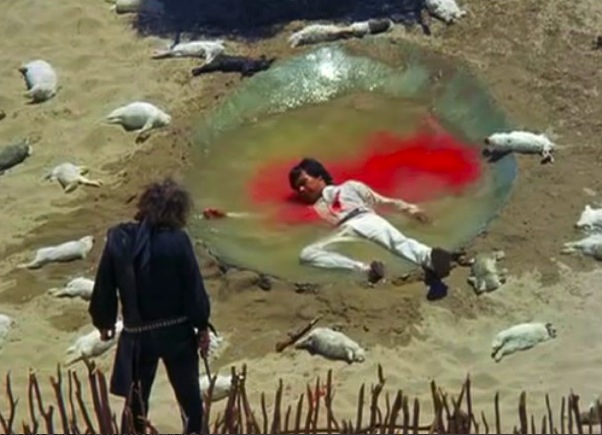 “I don’t get psychiatrists.” I say while exhaling the smoke from my last cigarette. “I mean, psychologists actually talk to people, spend time with them, attempt to ascertain the systemic problem and provide guidance, some perspective. Psychiatrists just drug you.” I’m so bored.

“Do you not like your psychiatrist?” White Coat asks. “Should we get you someone else?” His stare is so typical. Trying to analyze what can’t be analyzed. I bet he avoids cereal with high fructose corn syrup and drowns it in hormone-free goat milk while he plays with eggs from free-range chickens. “We can do that, you know.” He continues.

When you are as intelligent as I am, nothing surprises you anymore. Long ago, I stopped maintaining any predictable schedule, including sleep. I would intentionally think of every possible way to differentiate one day from the last, although entertainment was never my goal. It was always absolution. Not from anything I have done. But what had been done to me.

“Did you know that most psychological disorders and thus the drugs they treat them with are cloaked in mystery?” I ask him, that piece of retarded shit. “There’s no known bio-chemical catalyst. Seriously, read the small print.”

“Is that what you’re afraid of?” Blue Shirt asks. “What these drugs might do to you?”

I pause and gaze into his eyes, deciphering my next move which might be a critical moment. I’ve never been good at controlling my impulses. Are his eyes hazel? I remember hazel. Many hazels in fact. But I’ll never forget Chattanooga 1973. She was… exquisite.

I decide to ignore him. “It’s like Viagra.” I continue, my heart rate beginning to quicken. “Did you know that Pfizer spent millions developing that drug to reduce blood pressure? Then, BAM!” I slap the table between us for an emphasis. “It gives Test Subject 62 a boner. He probably gets up from the dinner table, excuses himself politely, kisses his wife on the forehead, tucks his newborn twins in bed and then fucks his girlfriend in an apartment he rented two miles away.”

Suddenly, I wonder why I’m stalling. I know what they want. And I don’t mind giving it to them. “Then” I continue. “A memo from some question taker is delivered to the chemists that play chemical dice for a living and they all look at each other briefly with their dicks in their hands, shrug at the realization that they were wrong once again, only to send another memo to a middle management boss who, in turn, delivered something that would sound like this.”

I clear my throat and voice my Dad.

To Be Delivered to Some Asshole CEO:
Subject: HOLY FUCKING SHIT!
Body: You know that blue thing Miguel thought of when he was banging under-age girls in Singapore under the guise that he was touring the wine country? Well… It. Gives. Guys…. Are you sitting down? AN INVOLUNTARY ERECTION! I hope your bank account has given birth ’cause you ain’t gunna fit that meat in unless it’s been stretched out.”

I pull the last drag off of some cheap cigarette before snuffing it out in the plastic ashtray they gave me. Leaning back in my metal chair, I take another inventory of the room. There’s Blue Shirt, White Coat, a metal table, Greg, and 472 cinder blocks that I can count in a room that I will momentarily leave.

I count seven breaths before I choose to speak. “I tire of this.”

The room becomes more tense. White Coat leans forward slowly. “Tired of what?” Blue Shirt doesn’t move, but I can visually see the muscles under his shirt twitch. He wants it. I can tell. I can tell, because he is a facsimile of Atlanta in March of 1986 and Seattle in… I think it was the fall of 1992. The dates are starting to merge.

“I tire of your stupidity.” I say. White Coat seems unaffected. “And I tire of this room and these cheap cigarettes.” Blue Shirt slowly moves his right arm down to his waist, his hand hovering near his belt. “In fact, I think I’m going to leave.” I say with the position of my head perfectly held to enforce the right amount of intimidation.

Blue Shirt and White Coat exchange a glance. “And how are you going to do that?” One of them asks, although I’m not sure which one. Then, Greg speaks up. Finally.

“Kill them.” He whispers in my ear.
“Not sure yet.” I respond.
“Who are you talking to?” White Coat asks inquisitively, looking around the room.
“Kill them and put your hate inside them.” Greg again whispers.
“Oh, Dr Crawford.” I sigh, my eyes peering up while my head is pointed down. “Do you like Officer Kantz?” White Coat looks over at Blue Shirt. They both look nervous. For the first time, and disappointingly easily I might add, I have caused White Coat to be at a loss for words.

“That’s it Doc. I’m sick of his bullshit.” Blue Shirt groans, now covered in sweat. He stands up quickly, shoving the chair in which he sat flying backwards. “Where are they you sick piece of shit?” He screams. “WHERE ARE THEY?!”

My forearms, and most importantly, my hands are underneath the table. Both of my index fingers are caressing each of the cuffs around my wrists.

“Officer Kantz.” I address Blue Shirt. “You are losing your composure. Isn’t that a little cliché for someone enforcing the law?” He’s seething now. “I would expect.” I add pausing for an effect that I know will incite the response I am looking for. “That your wife… Stacy?… Your daughter, Sarah?… And that cute little puppy… I believe a Golden Retriever named Tickles? Would be very disappointed in you.” I lean forward slightly, my ankles beginning to unwrap from the legs of the chair of which I sit.

Blue Shirt leaps, chest downward, across the square table as I easily dodge his blow. I stand almost instantaneously, and flip him around atop the fold-out table that barely holds his weight. I lift him by his neck with the small chain between my cuffs. Through the metal, I can actually feel his pulse. I fight a smile.

White Coat makes a dash for the door, screaming wildly for more Blue Shirts, the inevitable army of swine. He starts banging frantically against it, the steel frame audibly vibrating.

“You wanna know where they are?” I ask Blue Shirt while I choke him. “You wanna know where I put them?” I begin to whisper. “I’ve killed your kind pig.” Images involuntarily flash before me as I tighten my hold, easily ignoring the ripping pain in my wrists. “I see their faces.” I keep whispering to him. “Their wonderful faces full of pain.” I begin to hear a lot of commotion outside the cell, distant yelling. “But it’s the acceptance that drives me.” My breathing becomes shallow. “When the look in their eyes widen, when their pupils constrict.” Greg taps me on the shoulder to draw my attention. “But it’s when they voluntarily give up that quenches my thirst, when I know they could have kept fighting.” Greg starts shaking me from behind. “It’s not when they go limp” My teeth are grinding now. I think I’m drooling. “But just seconds before, you see the body is capable of incredible resilience; an ancient and instinctive fight for survival. But there’s something in your mind that can tell you to quit. To succumb. It’s when the fight leaves you before it’s over. That’s I want.”

“Prisoner!” I hear as I glance up at the small window through the metal door. White Coat is now cowering in the corner. “Release your hostage or we will use deadly force!” I vaguely hear.

“It’s pointless now.” Greg digresses, stepping to my side. “This was our chance and you’ve wasted it. Now, there’s no escape.”

Blue Shirt tries to say something, but his voice just surfaces as a pathetic gargle. He should be ashamed of his weak attempt to struggle. He goes limp. I drop him to the concrete floor and check his eyes to see them rolled back in his head, the tiny blood vessels in them have burst. “Asphyxiation.” I whisper to Greg, to myself, to no body. “It’s too clean.”

The food port swings open from the other side of the metal door as I see a very familiar large flat-black tube poke through it. I close my eyes shut and take a deep breath before the tear gas container strikes me directly in the chest. Fractions of a second later, I know the wonderful pain will commence, the pepper gas will overwhelm the room, and a highly trained extraction team will exact what they think is justice, however to them, will secretly be revenge.

“Everyone has a vendetta” Greg whispers to me as I lay on the floor. “Say it.” He asks me. “Recite what I’ve taught you.”

Without thinking, I begin to regurgitate the lines in my head as I lay coughing.

“Everyone has a vendetta. A sense of righting wrongs in their lives. Most of the time, actions are taken against persons that have no affiliation with your Scout Master, or your Step Father, or your past loves. Yet, they passive-aggressively take subconscious steps to punish those without a direct correlation to what stoked the fire in the beginning.”

I feel their batons striking my entire body, yet their screaming demands sound as if it is an echo down a large tunnel.

“Government’s kill for the sake of a ‘higher purpose’, also known as the ‘greater good’.” I begin to vocalize.

“Shut the fuck up!” The gang of Blue Shirts shout in unison.

“Well, if the pig you just choked with his own handcuffs isn’t resuscitated, then it’s fifteen.” Greg adds.

I am now hog tied and being carried, my voice becomes louder.

“Picasso created paintings that will figuratively and literally fade into obscurity. Scientists formulate equations that will eventually be disproved. I have created something that will live forever. My body of work has life, fed by the lives I have taken!”

And although I never lost consciousness, my vision becomes black.

“You’re a failure.” Greg cackles at me as I’m being dragged through the corridor. “A fuckin’ waste, if you ask me.”

It’s not yet a masterpiece, but this is the birth of my legacy. Today was just my gift to the six Blue Shirts that are carrying me home. A gift of revenge that they will unknowingly and subconsciously use to heal the wounds that were afflicted upon them, yet attribute to me.

Tomorrow will be my gift to you.

By: Drew White- “Did you know that most psychological disorders and thus the drugs they treat them with are cloaked in mystery?” I ask him, that piece of retarded shit. “There’s no known bio-chemical catalyst. Seriously, read the small print.”

The Involuntary Adventures of Luke Maverick