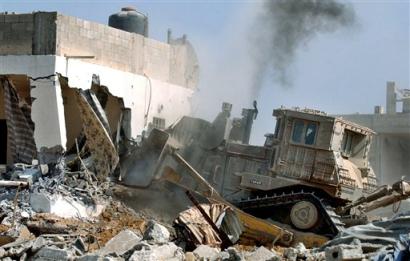 There are many stories to tell in this naked city and I am determined to tell them all.  Here’s one of those stories — about my recent resounding defeat in small claims court.

I was prepared to be the plaintiff in a small claims court trial — at least that was the plan.  But according to a judge who recently spoke before the Berkeley-Albany Bar Association, there was a rather good chance that I might show up for the trial but there might not be a courtroom left to hold it in.

Over a delicious luncheon menu of pan-seared salmon, sauteed asparagus, fruit tarts and Peet’s coffee at La Rose Bistro on Shattuck Avenue, a judge from the Alameda County court system spent an hour and a half laying out a series of hard facts and cold realities with regard to courtroom availability in California in general and in Alameda County in particular.  “Currently,” said the judge, “we are even considering holding trials in broom closets.”  I think she was joking, er, at least I’m hoping that she was.

“The status of Alameda County’s courtrooms is abysmal,” stated the judge.  “The search for courtrooms has become desperate here.  They are currently using the grand jury room, which has posts running down the middle of it.  They’ve also been looking at hallways, a library and the probate examiner’s office since the Broussard building has been mostly shut down.  They are even moving people from Oakland courthouses down to Fremont and Hayward.  There have been 23 moves in all.” Fremont is a long freaking distance away from Oakland.  It’s closer to San Jose than it is Berkeley.

Courtrooms aren’t the only thing now being 86ed in the CA court system.  People are disappearing too.  “As for money, 72 people have been laid off.  Statewide, court personnel funding has just taken a 100 million dollar hit.  There was a 2.6 million dollar budget hit for Alameda County alone.  Courts are now being closed on the third Wednesday of every month.  That’s twelve days a year that we can never make up.”

Then there’s the mandatory furlough days.  “In order to avoid more lay-offs, we’ve had to cut down people’s hours.  And next year’s state and county budgets will be worse that this year’s.  Judges are considering voluntary salary cuts.”

And California’s court security needs are being effected as well.  “We are trying to get enough sheriff’s deputies to cover the courts.  By consolidating courts, we have managed to free up two deputies however.  But the Sheriff’s office has also been financially hit.  And then there was the cost of the Oscar Grant trial.  And that has taken up a lot of sheriff’s deputies as well.”

So far, the number of judges has not been effected by the budget cuts, but who knows how long that will last.  “And we need more self-help centers, not less.  As the economy goes down, there will be a much greater need for self-help centers,” and that need will not be met either.  “California’s unemployment is currently the highest in the nation.”

By this time in the presentation, I had finished my salmon and was starting to hanker for dessert — while the judge continued her sad litany of judicial wants and needs that were not going to get met.  “We need more courtrooms.  We’re not going to get them.  And we’re not going to get any more judges either.  And small claims court commissioners are being reduced for 16 to ten.  Plus filing fees are going to be increased because we can’t increase taxes.”

As I finished up my berry tart and was vaguely considering the etiquette-related pros and cons of licking my plate, the judge continued.  “This county’s judicial system is definitely economy-driven.  We want a courthouse out in the Pleasanton-Dublin area but realistically we don’t have the money.  We need more judges and more support staff.  We are looking at every single dime being spent.  Alameda County saw this coming and prepared for it but we are still running tight.”  Then the waiter served coffee.  Yummers!

“We may be forced to move toward having regional courts instead of county courts,” the judge concluded.  “We’ve already consolidated the municipal courts with the superior courts.  And court administration has already been centralized — even its janitorial services.” 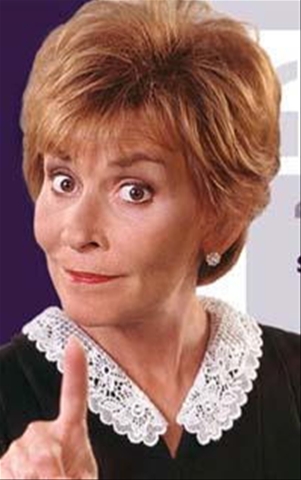 So.  What will be the answer to this immense problem?  I wanted to suggest to the speaker that we might be able to use Judge Judy’s courtroom when her court wasn’t in session, but that probably wouldn’t work out so well for her.

It appears that a goodly amount of taxpayer money that used to fund Alameda County’s court and prison systems is being used to fund cool new court and prison systems in places like Baghdad, Kabul and Tel Aviv instead of here in Berkeley.  Does this mean that the Middle East has all the money they want for their courtrooms — whereas California courtrooms have become neglected and derelict?  Yeah.

It appears that the criminals of Baghdad, Kabul and Tel Aviv have a pretty good ride — while the criminals of Oakland and Berkeley, due to our sad lack of courtrooms and judiciary personnel, are either having to wait for their trials in overcrowded jails that taxpayers must pay for or else are running around free in the streets.

But enough about lamenting the loss of our courtrooms into the money pit of the Middle East.  Let’s think about other places where all our court-funding money has been drained off to in the last ten years — into the pockets of bankers, Wall Street gamblers, global out-sourcers who have systematically destroyed America’s manufacturing base, and, of course, those ever-present and greedy weapons manufacturers who trick us into paying them to kill strangers by the millions.  Isn’t it time to plug up those money sink-holes as well?

Back to the story.  I loaned someone some money.  She promised to pay me back but then later claimed that she had never made such a promise. So,  I took her to small claims court.

“If you can’t even win a case in small claims court, then you must really be a loser,” a small (but very mean) voice inside my brain keeps repeating.  Hey, that’s me — the one with the big “L” on my forehead.

Apparently there’s a law that says that a husband can substitute in for a wife — with the judge’s permission.  But later, when I was reading the minutes of my trial, it didn’t say anything about the judge having approved the substitution of the fancy-pants attorney/husband in place of the missing defendant.  It didn’t even mention the fancy-pants husband at all.

By law, the judge has to approve this substitution — and, according to the trial’s minutes, she didn’t.  But where the freak can I go to appeal this, er, oversight?  Nowhere.  From what I have been told, plaintiffs have no right to appeal a small claims court decision.  Ever.  Sorry, no Supreme Court rulings for us.

Meanwhile, back in the courtroom, the dude in the fancy suit wiped the floor with me — by offering his infamous “Judge Judy” defense.  Apparently, according to the fancy-pants lawyer-husband, the main purpose of me filing this claim was to allow me to get on the Judge Judy show!  How can one even begin to fight a charge as bizarre as that one?

I did, however, learn one very important thing from this trial — which I would like to pass on to all the rest of you big-time fancy-pants lawyers out there.  Whenever you are arguing a case and you really really want to win it, just offer up the “Judge Judy” defense.  Apparently it works like a charm.

For instance, if that recent California anti-Proposition 8 decision, the one that now makes gay marriages in California legal, ever gets appealed before the Supreme Court, all that the attorneys speaking against the repeal verdict have to do is to say, “But Your Honors, you can clearly see here that these Californians are only trying to repeal Prop. 8 so that they can get on Judge Judy!”

Then you’ll win your case for sure.

Jane Stillwater: I wanted to suggest we use Judge Judy’s courtroom when her court wasn’t in session, but that probably wouldn’t work out so well for her.

Converting the kaffir: Islam at Swordpoint