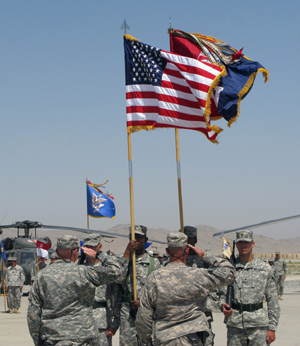 Subversify is happy to welcome new contributor Chris.  Chris  left the military not too long ago, for a variety of reasons, chief among them being his dissatisfaction with the wars in Iraq and Afghanistan. He maintains his own blog where you can get to know him @ http://american-commentary.blogspot.com

For nearly a decade the US military has been slogging it out in the Middle East. From a hard campaign in Iraq that is finally emerging from chaos, to an escalated war effort to take Afghanistan, our military has its hands full. Still, in spite of the sacrifices that our soldiers are making every day for our freedom, some people still have the audacity to question the legitimacy of these wars. While I normally wouldn’t dignify these subversives with a response, I feel it is my patriotic duty to protect the honor of the United States by answering one of the most stubborn criticisms of our wars- collateral damage (in layman’s terms, “dead civilians”).

Many have pointed to the tragic and excessive loss of life in the American military campaigns in the Middle East as a reason to stop the war effort. While most of the mainstream media has the dignity not to dwell on such unpleasantries, the alternative media, and activist blog sites will not let it go. Here is what these people need to understand: when an army invades a foreign land it is impossible to avoid killing innocent people, no matter how advanced our technology may be. You see, we are in quite the predicament in Afghanistan: we have to fight the Taliban and impose democracy, but there happen to be all these people who were already living Afghanistan. These hapless Afghans have a habit of walking near “high value” targets when our predator drones happen to be circling overhead, or sleeping in their beds in buildings next door to insurgent hideouts. The presence of a few children playing with their puppy doesn’t change the fact that there are military targets that still need to be hit, and this is how civilians end up as collateral damage. It is this mere “slaughtering of innocent people” that has squeamish liberals so upset.

What our naive critics fail to realize is that the very nobility of our cause justifies any loss of life, however great. This should be obvious enough. But there is no limit to how low our un-American critics will stoop. I have had the shock of hearin’ naysayers challenge our honor by suggesting that Americans have a double-standard– which they would never tolerate any action that killed as many Americans, however inadvertent it may be. Such a slanderous charge needs to be addressed in the most forthright manner possible, and I intend to put this argument to rest once and for all. Our critics have accused us of the worst of crimes: hypocrisy. We need to show them that America stands firm in its resolve to win these wars, and that we are willing to accept the burden of dead civilians in pursuit of a noble objective.

Therefore, I propose that we enter into a solidarity pact with the people of the Middle East: For every civilian killed in Afghanistan and Iraq as a result of our invasion, we will kill one random American civilian. We are going to prove to the world that we are not hypocrites– we will show them that our objectives in Afghanistan must be achieved, and that the nationality of the “collateral damage” is irrelevant. Americans are tough, and we understand that in order to make the omelet of Afghan democracy, we may need to break a few civilian eggs, be they Afghan or American.

The Solidarity Death Pact will necessitate a quick response execution mechanism. As soon as one of the daily reports of civilian deaths comes out of Afghanistan or Iraq (1,074 so far in 2010), a random “lottery” will take place and an equivalent number of American citizens will be chosen at random. Military quick response teams will be rapidly deployed to escort the chosen Americans to Washington DC, and an execution ceremony will be held on the Mall in front of the Washington Monument.
In order to show the highest sense of solidarity possible with the people of Afghanistan, the Americans will be killed in the exact same fashion as their Afghan counterparts. For instance, some will be mowed down by machine gun; some will be grouped together so a Predator drone can fly overhead and drop a bomb on them some will have mortar rounds lobbed at them, etc. Those Americans who have made this selfless sacrifice will be honored as heroes, and their families will receive a lump of cash, just as Afghans do when one of their family members is killed. Americans can be grateful to them, for it is through their sacrifice that America will retain its dignity- and no one will be able to defile American honor by accusing us of duplicity.

Now if there is any hope for this effort to be taken seriously, the policy will have to be retroactive. I propose starting with the Iraq War. Studies indicate that anywhere between 500,000 and 1,000,000 Iraqis have been killed as a result of the American invasion. The figures are muddy due to the chaos that reigned during the Iraq War, so it would be impossible to really nail down the number of civilians killed. For our purposes, it would be best to consult the Iraq Body Count, a listing of all the confirmed noncombatants killed as a result of the American invasion, and that way we can go with the minimum. Using this figure, we will need to round up 100,000 American citizens at random from around the country. These Americans should be executed as one group– it would simply be a logistical nightmare to try and execute these 100,000 Americans in the exact same fashion as their Iraqi counterparts. I’ll leave the planners to decide the most efficient way to execute 100,000 people, but history does provide some precedent, and I would politely suggest gas chambers as the most efficient means available.

The same will need to be done for the 8,669 civilians already killed in Afghanistan, though I think it would be best to keep this group of American sacrifices separate from Iraq’s retroactive groups. My reason for having two separate sacrifice groups is purely for the sake of symbolism, but I could easily see how this could be impractical given the sheer numbers we are dealing with—we may need to lump them in to one retroactive group to expedite the execution process. Again, I would leave it to the planners to iron out the details.

I admit my methods may seem unsettling to some, possibly even extreme, but it is a necessity! I am determined that America’s image around the world as an exceptional nation, as a beacon of freedom and dispenser of humanitarian justice, must be maintained. The Solidarity Death Pact will not be an easy burden to bear, but war is never easy, and as a matter of course all wars will leave behind a pile of innocent dead bodies. I have faith that the American people have the stomach to lose just as many innocent civilians in this war as the Iraqis and the Afghans and we must enter into this pact to show the world we mean it. Because if we as Americans were to decide that we weren’t willing to have as many of our own children killed in the name of democracy, our critics could rightfully tar all Americans with the ugliest word in the English language: HYPOCRITE.

Chris: Our critics have accused us of the worst of crimes: hypocrisy. Such a slanderous charge needs to be addressed in the most forthright manner possible.

The Curse of the Eight Year Old’s Mommy

Anti-smoking lobbyist: What a bunch of Ash-holes