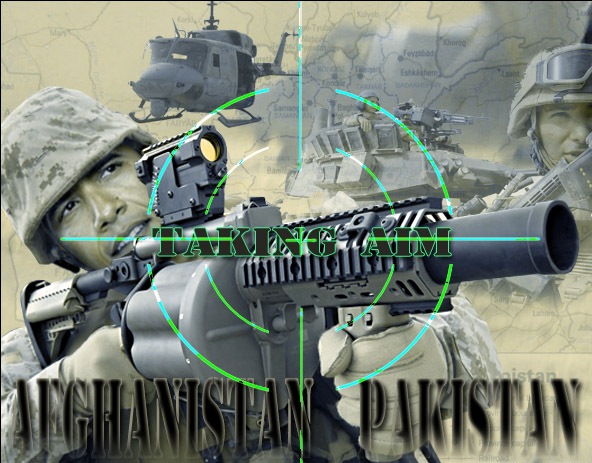 The firing of General McChrystal placed the Afghanistan War back on the media’s radar. The result was people yapping about the politics of Obama’s firing the General, quick polls to determine how the uninformed public interpreted the divisive reporting, and of course how will all of this affect the fall election.

What major media failed to discuss was why we remain in Afghanistan. I’m as baffled by Obama’s sending troops to that beleaguered nation as I was by his predecessor’s sending of our soldiers to Iraq. Recent reports that Afghanistan is a field of untapped minerals could be a motivating factor with the United States government once again doing the groundwork for corporations ready to start digging and drilling in that forlorn and battered nation. I wonder if anyone dares suggests that technical assistance might be more readily received by the people of that land; a nation that has been systematically destroyed and witnessed to civilian casualties – people caught in crossfire. Most of the media fails to address the subject of withdrawal, fearful that questioning military action might be interpreted as “Un-American.”

The simple fact is that if we are serious about a war against terrorism it would begin with our withdrawal of troops, concluding a war that is saturated with horrible deaths of civilians as well as our own soldiers. The Afghanistan people, like the Iraqis, have seen up close the ruin of homes and schools and mosques. What better ammunition for recruiting terrorist activity. Every time we kill 25 or 30 civilians, you might find a brief note of this in the International Section of the New York Times, pages read by less than one percent of the population. Television and the internet, and endless blogs are preoccupied with celebrity stories, soccer, and finalists in various reality shows. The reality of civilian deaths in the Mid-East is real for the people in the Mid-East, but it’s too real for the American public. You can rest assured that the people of Pakistan, Lebanon, Iran, and Syria are well acquainted with our misfirings in Kabul and Baghdad.

The recently failed Times Square bomber in New York City captured the attention of the American media for days, and his arraignment brought out the press in mass. The mere threat of a terrorist attack understandably caught the concern of the public. I find myself walking with trepidation in the midtown area of New York City, always wondering if any angered Mid-Eastern person will earn his stripes with an act of violence. I hear others asking, “Why do they do this? Why do they hate us so much?” And yet these same proud Americans are impervious of the slaughter of citizens in Mid-Eastern countries. The Muslim world viewing our internal, our anti-Muslim activities, see themselves as expendable in our political and military decisions. I don’t minimize the threats Osama Bin Laden or the dictatorship that existed under Saddam Hussein in Iraq, but both tyrants, both were fed and supported by American dollars in their early maneuverings. Our miscalculations don’t make them any less of a threat, but there is cause and effect for every action.

So let it be said loud and clear without apologies that the real fight against terrorism begins with our removing soldiers out of Afghanistan and Iraq. As long as Arab television shows nightly the carnage inflicted in their countries by American and United Nations soldiers, we are the chosen villains. I can well imagine a young Mid-Eastern boy, a survivor of a family wiped out in this war, motivated to drastic action and revenge. Our military presence is sheer folly and Obama’s Afghanistan War is as counterproductive to our continued safety as Bush’s Iraq War was.

The American press, critical of the President at almost every turn, fails to challenge him on this issue. Any suggestion of military withdrawal was viewed as soft on terrorism, rather than understanding the escalating hatred of all that is American by the Muslim and Arab world. During the Viet Nam War we were constantly told of the consequences of bringing home the troops. The only visible result of that war ending was an army of homeless vets, men frazzled by the war, addicted, angry, and often institutionalized.

The firing of General McChrystal excited the press. The cable news shows just love confrontation and conflict, and the various sides’ battle for endless sound bites on CNN and Fox News. The people are paid to argue, conjure up fear, but they haven’t the guts to ask the real questions since most of them are protecting their image and the salaries they gain from acceptable visibility. To President Obama I say that I don’t care who the General is in charge, unless he’s in charge of bringing the soldiers home. If you want to fight terrorism you don’t do it by killing civilians and misappropriated military strategies.

With that on this past 4th of July weekend, I’m Troy J., out on a limb.

By: Troy J. – The firing of General McChrystal excited the press. The cable news shows just love confrontation and conflict, and the various sides’ battle for endless sound bites on CNN and Fox News.