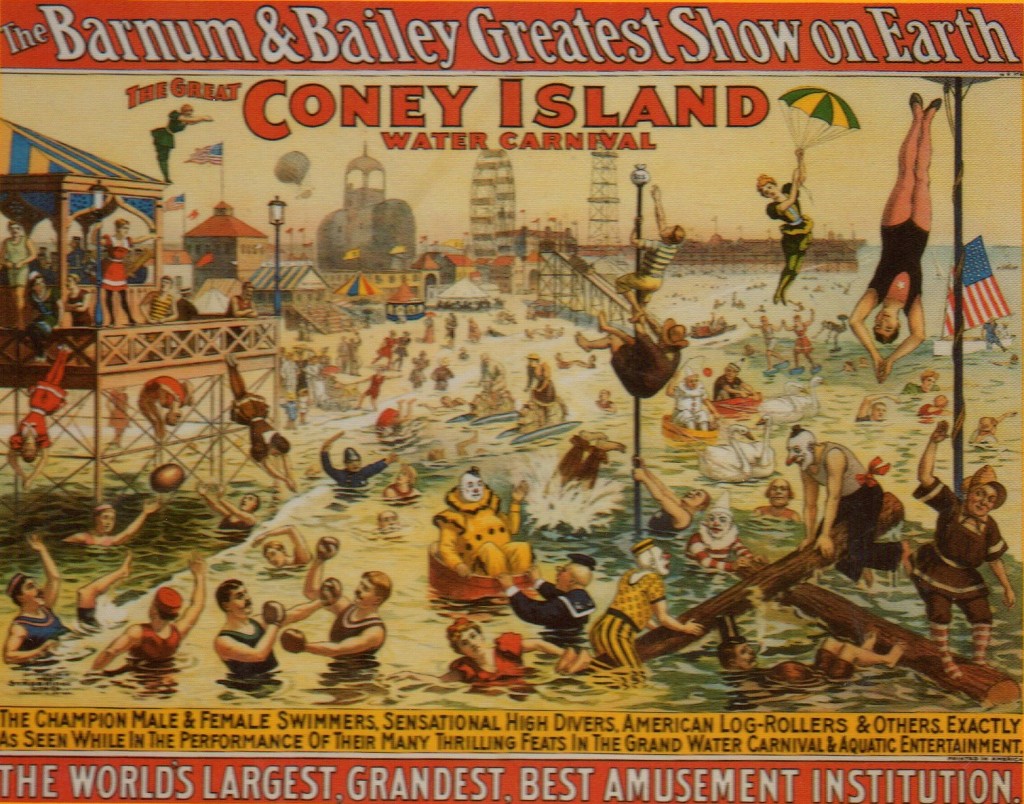 “A human soul is not to be trifled with. It may inhabit the body of a Chinaman, a Turk, an Arab or a Hotentot – it is still an immortal spirit!”-P.T. Barnum

I am a sucker for oddities.  There is something in the odd, the different, the ghastly that gives me a good-ish shiver up my spine. In some centuries I’m sure I would be labeled a ghoul.

Thankfully I’m not alone.  For centuries the oddities of humanity, creatures and plants have been sought out gathered and displayed.

In ancient times they landed in the Hippodrome or in temples as sacred.

In Mesoamerica, those who were different were revered and brought blessings to a community.

In the Industrial Age, Circuses came to town.

Freaks and Geeks, names that are no longer polite to use but were bandied about by barkers hoping to entertain in order to turn a trade.

All moveables of wonder, from all parts,
Are here–Albinos, painted Indians, Dwarfs,
The Horse of knowledge, and the learned Pig,
The Stone-eater, the man that swallows fire,
Giants, Ventriloquists, the Invisible Girl,
The Bust that speaks and moves its goggling eyes,
The Wax-work, Clock-work, all the marvellous craft
Of modern Merlins, Wild Beasts, Puppet-shows,
All out-o’-the-way, far-fetched, perverted things,
All freaks of nature, all Promethean thoughts
Of man, his dulness, madness, and their feats
All jumbled up together, to compose
A Parliament of Monsters. Tents and Booths
Meanwhile, as if the whole were one vast mill,
Are vomiting, receiving on all sides,
Men, Women, three-years’ Children, Babes in arms.

How delicious does that sound?

Let’s take a moment to differentiate; to make clear what the difference is between a Freak and a Geek.

A Freak pulls its name from a genetic disposition, a freak of nature.  A Freak is an individual or animal that is born with a difference that interesting or horrifying depending on your sensibilities.  The Siamese Twins, Chen and Eng were Freaks.  Tiny people who we now know have a rare disease called Primordial Dwarfism were Freaks.  A two headed cow would be a Freak.

A Geek is somebody who has trained themselves to do the unthinkable, the amazing, and the extraordinary.  Chinese acrobats who can fold themselves into a small box, a sword swallower, a rubber man and at the turn of the century, a tattooed lady would fall into this category, although now she would only find work as a Suicide Girl.

It is also possible to be both a Freak and a Geek.  Think the Fat Lady who cultivated her beard.  She was technically a Freak due to what we now know is a thyroid condition however she cultivated the beard rather than shave it, therefore Geek as well.

In modern times, all the way up until television became popular the Sideshow was a place where people like this could find a home.

Disability and its exploitation is however a sensitive issue. There are those who take the view that staging performances of disabilities is somehow immoral and even pornographic. Even and sometimes especially those who have such disabilities and maladies are upset still about sideshows.   Yet it could be argued that disabled performers of any previous era showed extraordinary bravery in making a living from a world openly hostile towards them.

Besides being a place where those who were considered oddities could be comfortable, there are many instances of sideshows helping to correct abnormalities.  A good example of this is Pasqual Pinion, a Mexican railroad worker who developed a tumor on his forehead.  The tumor was not big enough of a draw, so the sideshow owner of the Sells Floto Circus had a wax mask made and billed him as the Two Headed Mexican.  Eventually earning enough for the circus that the manager paid to have the tumor removed, Pasqual was then able to leave and rejoin his family in Texas.

Many a fortune was made in sideshows.  While most of us know of General Thom Thumb and Chang and Eng, there are many more who made enough to retire comfortably from sideshow business. Acts such as Chang Yu Sing the Gargantuan who was contracted to Barnum’s Greatest Show on Earth in 1881 for $600 a week, an almost unheard of amount.  This was often encouraged as sideshow owners needed the new, the next big thing.  It also allowed people who would have been kept tucked away in institutions and attics into some of the best Salons in the country and around the world.

The Salon visits ultimately led to people being put into contact with those interested in science, psychology and anthropology.  If it weren’t for the sideshows it may have been longer before people turned their hearts and minds to finding out the why’s of human oddities and how to help.  For example study of those with elephantitis arose from the famous “Elephant Man” and we now know the condition is caused by parasites.  Ichthyosis is a family of genetic skin disorders, which was studied due to acts like Susie the Elephant Girl who had inherited an especially painful and aggressive case of it.  It was however her sideshow act that allowed her to be in the world where she would normally have been tucked away suffering in bed.

There is and was of course an underbelly to all of this.  Headhunters and kidnappers were often employed to produce new acts.  The Muse Brothers, African American twins who were Albino and billed as The Men From Mars, were victims of kidnapping from their home town in Roanoke Virginia in 1889.  They weren’t tracked down until 38 years later, when their mother demanded their release, which was given.  The brothers however missed the spotlight and elected to return and lived very long lives, one of them dying at age 103.

There was also outright slavery as in the case of the Hilton sisters, Conjoined twins who were sold by their mother to Mary Hilton at two weeks old and raised to be a sideshow act.  They received almost none of the money they generated although they were a very popular act, having musical abilities in addition to being conjoined at the base of their spines. At the peak of their career they were said to be earning 5,000 dollars a week. The twins sued their former guardian in 1931 for their money and freedom.

It was ultimately the success of the Freaks that led to Geeks.  With P.T. Barnum and others like Tom Norman, ‘The Silver King’, showcasing human oddities and making such good income others began to create or fake oddments in order to get into the act.  This is where the Fat Ladies come in, as well as the skeleton men, the Rubber Men and Glass Eaters and those with injuries that came later in life that made them look odd such as Sam Alexander the Two Faced Man who was a victim of a gas explosion.

But where are the sideshows now?  If you visit your local circus or carnival you will most likely see things mostly of a Geek-ish nature.  The flame throwers, sword swallowers, glass eaters.  Maybe you will get to see a giant Pig that has been overfed for your entertainment, which frankly is very sad.  One can still visit Ripley’s Believe it or Not museums all over the country and see mock-ups of mer-men and shrunken heads, but we all know it’s not real, or if it is there is a scientific explanation for it.

In the mid-twentieth century due to our “enlightenment”, attitudes towards human oddities changed and sideshows began to dwindle.  It was seen as sad and in poor taste to look at people who were different.  Also the medical community was working on a lot of the reasons behind the oddities.  Families who did not have the understanding or means to care for disabled children like the Pinheads and dipygus twins ( this is when only a portion of a twin develops like the legs or the head) began to be able to care for their children at home.

But not a lot of actual Freaks were happy about the change.  What they could make in the sideshows, whether stationary like Coney Island, or travelling was much more than they could as an office secretary.  Also the stares were on their terms.

The Sideshow however, never completely died out.  I attribute this to our human nature and fascination with all things different.  Nowadays the Sideshow looks a little different.

You will find more Geeks than Freaks.  The grotesque seems to be an ever entertaining field with folks like Heather Holiday, Human Blockhead and Sword Swallower, Donny Vomit, who likes to nail and drill and saw things into and around his body.

You will also thankfully find it in a rising culture of Punk Cabaret.  This Summer to both accolades and distress established gypsie-folk aficionado  Jason Webley and Punk Cabaret princess Amanda Palmer conjoined themselves, became Evelyn and Evelyn and took their show on the road joined by, well anyone else in town who was interested in joining them on stage.  Sxip Shirey also came along and provided his wonderful carnival-post-punk-mash-up with made-up instruments.

This spectacle was met before it even began with some harsh criticism.  Human Rights organizations, bloggers and general busy bodies were freaked out about the conjoined twins and their back story of orphan-hood, kidnapping, sexual exploitation and escape.  It almost seemed as if they missed the whole point entirely.  That this was a celebration of all the things that inhabit a sideshow act.  The emotional and yucky as well as the talent.

Having had the opportunity myself to catch their show in San Francisco, I can tell you it was with awe and warmth and giddiness that every act was received.  If you missed it, please I encourage you to check it out there is still footage up on www.partyontheinternet.com .or here: http://www.ustream.tv/recorded/6675719 .

The internet has also opened up a new avenue for Sideshow viewing, everything from pinheads to people hanging from hooks can be found here, as well as the milder historical information about the great Sideshows of the past.  So if you can’t get out to the sideshow this summer, take a cruise on the internet, I suggest you start at Sideshow World http://www.sideshowworld.com/ which offers up history, along with a healthy dose of the strange, unusual and Freak-ish.
http://www.monstrous.com/

6 thoughts on “For the Love of Freaks”