What the Tea Partiers Should Know 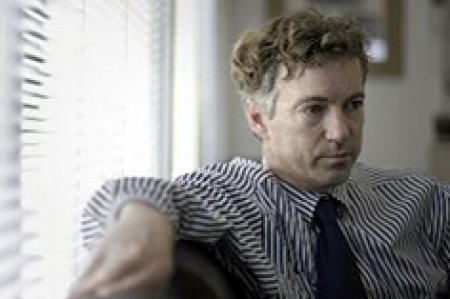 Rand Paul’s victory in the Kentucky GOP’s senatorial primary has kept the television news analysts busy for the last fortnight.  Those pundits are always looking for a new face to energize their tiresome assessment of all that is political.  Paul’s victory has the Tea Baggers in a state of euphoria, but if truth be told, his entry into the Republican’s senatorial aspirations is not a big departure for the Bluegrass State.  In fact, the retiring incumbent, former baseball pitcher Jim Bunning, might well be the least competent individual now serving the Senate, and considering the competition, that’s quite an achievement.  So, for a state that sent Bunning to Washington D.C., Rand Paul may not be the disaster feared by thinking Americans; he’s just a new label on an old cracker package.

Rand’s television appearances after his victory prompted concern. His much analyzed comments about the right to serve people, and implied repudiation of the 1964 Civil Rights Act caused some embarrassment with Republican moderates, but I suspect that Mr. Rand was playing to his base; a group that would very much like to go back to the days of segregation, if not slavery. The rank and file Tea Baggers, America’s rednecks, don’t state their racial priorities, but they are vociferous about big government, except when government attends to their immediate needs – like medicine, and the fire department, and any other emergency that needs fueling. So when Rand Paul suggested that Social Security should begin at 70, instead of at 65, you could hear some redneck mumblings. That might clash head on with some under 60 Tea Baggers looking for government help at the end of the line.

Let’s face it, the Tea Baggers anti-tax position is a curious one, because they’re the mouthpieces for the Wall Street and Corporate big shots they claim to distain. Obama’s call to eliminate the millionaire’s tax break, restoring it to pre-Bush benefits for the rich, would help most of the Tea Baggers. Obama wants to halt the rich man’s tax benefits that would enable us to pay for many things including National Heath Care. And I must keep repeating that this tax break, if concluded, would have virtually no impact on the people at whom it’s directed – the millionaires and the billionaires. These are the folks who oppose paying taxes that help to sustain the country that has given them every opportunity. Obviously giving back has not been part of their training. They got Ayn Rand and forgot the Old Testament.

Most people making seven figures a year, year after year, wouldn’t have to change anything in their lives with a two or three percent tax increase. What Johnny six pack’s Tea Baggers should understand is that most of these a hundred million dollar a year guys dine and wine and hotel out on corporate expense. They don’t pay much out of their salaries for anything in their fast lifestyle. The corporate planes, and the corporate boxes at ballgames, they’re all a free ride – paid by the corporation. They only have to pay for food at home, for the kid’s private school, and of course whatever they lose at Las Vegas, and for the high priced call girls. Much of the publicized pleasures are at the company’s expense, which helps to keep product prices higher than need be. So when we talk taxes and hardship, we have to introduce real life into the discussion.

But the most interesting aspect of Rand Paul’s candidacy, and possible victory, is that his claim to fame and the argument of most of his avid followers is that they are the outsiders, the unwanted, the great ignored. Once Mr. Paul assumes his Senate seat, assuming he’s victorious in November, he will immediately be part of the Beltway power structure and he better have more to offer than complaints of how things are being run. He’ll need some answers. Remember all those anti-incumbent’s of a decade back who vowed they’d only serve two terms in Congress if elected? Most of them are still there in their fourth or fifth term in the House; part of the establishment. Politics is a compromising arena, and Mr. Paul might well offend his acolytes when he’s called upon to do some horse trading at vote time. All of this of course assumes he will become a United States Senator.

Those of us frightened at the Tea Bag idiocy should not be distressed. Just remember strange as it sounds, Rand Paul might even be an improvement over Jim Bunning. It should also not be forgotten that the George W. Bush Presidency was in fact Tea Bagging down to the string. All government agencies were undermined with men and women appointed to departments whose mission they opposed. As a result, government regulations were not enforced, or totally ignored. One of the greatest challenges to the Obama Administration is having government agencies working for you, not against your best interest, to lessen the possibility of oil spills, or mining disasters. Remember Michael “you’ve done a great job” Brown? He was the poster boy for George W. Bush and the Tea Bagging approach to government. Incompetence was their trademark.

So Rand Paul will be bringing nothing new to the table. He might just fit in. I did like his acceptance speech being made from a member’s only country club, letting his rank and file know that he doesn’t have to answer to anyone, least of all, the people who voted for him. Now that’s real independence. God Bless America!

By: Troy J.- Rand Paul may not be the disaster feared by thinking Americans; he’s just a new label on an old cracker package.