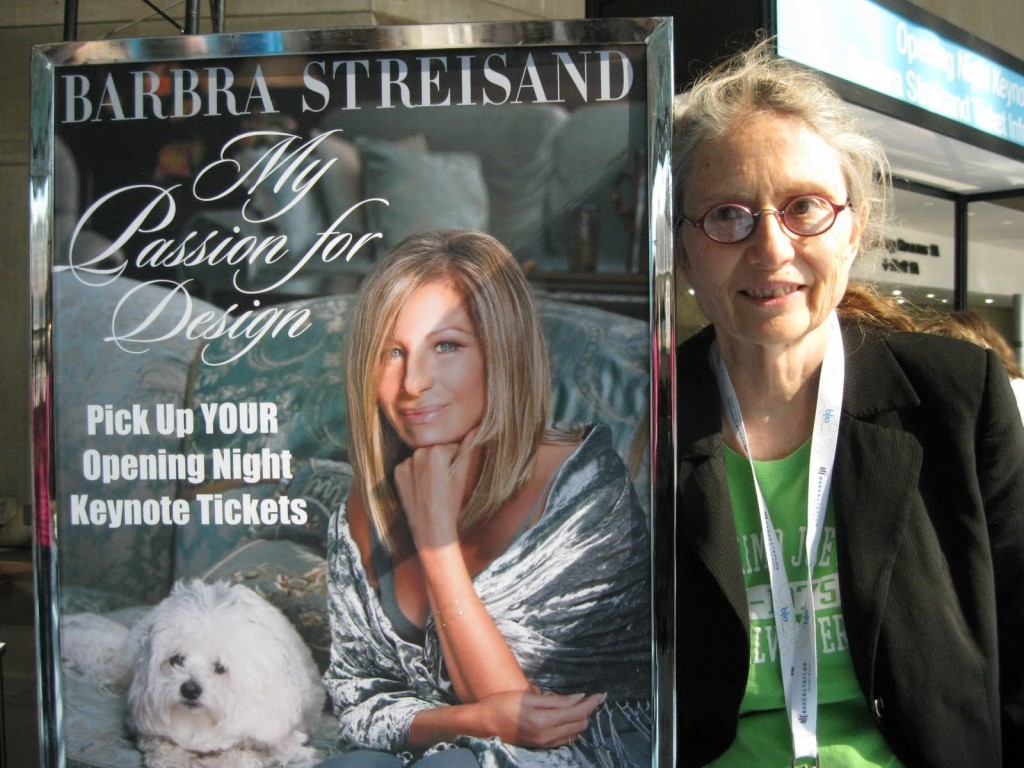 New York is absolutely throbbing with energy and excitement!  When I get back to Berkeley, I’m gonna have to hide under the bed for WEEKS just to recover from this trip.  The very first thing that you do after landing at JFK is to get lost on the subway at least twice.  Then I stayed at the Gershwin Hotel’s conveniently-priced youth hostel — with three Swedish girls and an Argentine science major.  None of them snored.  And just TRY to get hooked up to the free wi-fi at McDonalds.  Not happening.  No.

I really wanted to get an internet connection so I could find out what’s happening to my friends who are sailing to Gaza with hundreds of tons of humanitarian relief stuffed into a bunch of cargo ships.  They were supposed to sail on Saturday.  And then Tuesday.  What is happening?  Have they sailed yet?  Or not.

Finally, around 10 pm last night, I located an internet cafe.  Nope, they haven’t sailed yet.  But they had better do it soon if they plan to get there any time soon.  The Israeli navy has already promised to give them a Warm Reception — and it might be impolite of them to miss that.  Joe Meadors, a survivor of the USS Liberty disaster, is also on board the same ship as my friends.  Perhaps he is hoping to do one of those veterans’ reminiscence thingies and relive another Israeli attack?  Let us sincerely hope that THAT doesn’t happen!

Anyway, bright and early this morning I ran, er, hurried up to the Jacob Javits center to get my Barbra Streisand ticket.  Score!  And there’s a photo of her on the ticket, all in blue velvet and sitting on a blue velvet couch next to a fluffy little white dog.  Her new book is called, “My Passion for Design”.  I hope they give out free copies.  My apartment could really use a face-lift.

Here’s a quote from Barbra’s editor at Viking: “She devoted as much time to this project as to anything else she’s done in her life.  You can really hear Streisand’s voice when reading it.  It’s as much fun to read as it is to look at.”

I’ll report back to you later, after I’ve seen her speech.  No photographs are allowed, however.  Rats.

Now for the fun stuff.  After registering and checking in at the Book Expo, I jumped on the crosstown bus and transferred to the Second Avenue bus down to the Lower East Side.  I used to live on the Lower East Side!  Back in 1965.  B&H Dairy is still there, still selling rice pudding.

Then I went to see my old neighbor, Ben Treuhaft.  He has a piano repair shop down on Ridge Street, down past Orchard Street.  And, boy, has Orchard Street changed too.  Instead of all those old funky stalls and pushcarts, it is now officially New York’s “Bargain District”.  And Alphabet City, which used to be a notorious junkie heaven where you took your life in your hands just to walk down the street past 8 pm, is now all co-op apartments, Yuppie daycare centers and designer boutiques. 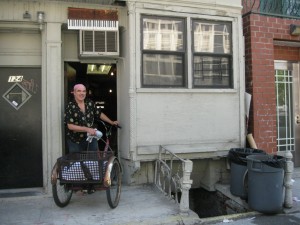 I was almost raped on the corner of Houston and Second, back in the day.   My, times have changed.

Ben, my ex-neighbor, caught me up to speed fast.  “I’ve married and had two children since I saw you last….”  That long ago?

“What about your Piana to Havana program?”  Ben used to collect hundreds of used American pianos and ship them off to Cuba so that school children could take lessons on them.

“I’m not so involved in that any more.  And besides, I’m leaving for Japan in four days.”  His wife Olga, a biologist, will be working on a brain-study program over there for a few years.

“Wow!  That’s exciting!”  Then I volunteered to let his wife study MY brain too — free of charge.  Anything to have an excuse to go visit Japan.

Then I asked Ben if he knew anything about how the huge oil spill disaster was effecting Cuba, but he didn’t know.  However, he did say that Cubans are highly innovative in matters like that and could probably have the equipment and know-how to plug the leak ASAP.  But we all know that asking Cuba for help just isn’t going to happen — just like what happened in Haiti, all that cutting-off-one’s-nose kind of stuff.

Then I jumped onto the Chambers subway line at Essex Street and scooted back up to the Javits Center again, to see if they were handing out any more free books.  No luck so far but the Book Expo doesn’t officially kick o until tomorrow.

And the Expo Goes into Full Swing

The 2010 New York Book Expo moved into full swing today.  Last night Barbra Streisand gave the keynote speech and I positively hung on (and wrote down) every single word.  But it will take me forever to transcribe all that, so you will just have to wait to find out what “La Streisand” actually said.  However, here’s a sneak preview factoid:  She is 67 years old — that’s my age — but looks like she’s around age 40 at most.

This morning I heard Sarah Ferguson, Duchess of York, give a talk.  She was wonderful.  Her books are geared toward children.  “As some of you already know,” she added, “I don’t get along very well with adults.”  Poor Sarah is in the news right now for allegedly taking bribes from people who wanted to meet her husband.  If I had a famous and hottie husband, I’d be taking bribes too!

At the event, news photographers swamped all over the hall while frantically looking for photo ops of Sarah, but I scooped them to the best shot.  Ha.  But Sarah then offered up a great one-liner regarding her recent experiences with the American press.  She simply referred to the title of one of her earlier books, “Ashley Learns about Strangers”.  And I also got a great photo of Sarah signing copies of her new book.  She had a smile and something nice to say for everyone who wanted a copy of her book, “Emily’s First Day of School”.

I also got an autographed copy of Oscar Hijuelos’ new book, “Beautiful Maria of My Soul.”  Hijuelo also smiled a lot.  Joyce Carol Oates was supposed to autograph books too but she didn’t show up.  But I still got a copy of her new book, “Sourland”.  Sometimes Oates books are a bit too sad to read, but you gotta admit that her command of the English language is superb. 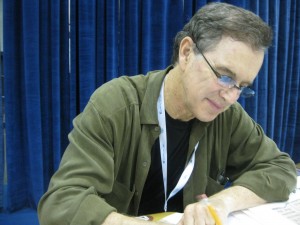 Then I went off to hear a panel discussion regarding young adult paranormal and vampire books.  “They take metaphors and actualize them.  They also heal the split between magical and real worlds.  Paranormal books have the strength to cross over between the two — and they also define what the real world COULD be like.  Paranormals also stand in for the difficulties that teens face — like that you don’t have any power over what is happening to your bodies.  It also supplies strong female role models.”  That’s definitely true.  It doesn’t get much stronger than becoming a vampire.   I myself always thought that vampires were an analogy for Big Corporations sucking America dry, but apparently not.

Also Cory Doctorow gave a talk about his new book, “For the Win”.  It’s about virtual sweatshops in Asia where poor nerds play video games night and day and then sell their wins to exploiters who then sell them for big bucks to American kids who want to appear to be gamer geniuses.  Who would have thought?

And Mitali Perkins talked about her new book, “Bamboo People”.  It’s about child soldiers in Burma.  She said most books are either “mirror” books or “window” books.  They can either mirror your own life and help you understand it better, or they can take you away to someplace else.  Or they can do both.

I wonder why I always like to read murder mysteries?  Are they window books or mirror books for me?

Then I met Gary Trudeau, who signed a lithograph to my son Joe.  “Hey, Joe!  It’s for you!” And got a book autographed by Ridley Pearson, and one by Chris Hedges and another one by someone named Lemony Snicket.  But all the librarians standing in line for his autograph assured me he was really a real person.

Keith Richards has a book coming out in October.  And I got a book called, “The Zen of Social Media Marketing”.  I could use that.  I need to market my book!  And I also got a book by James Howard Kunstler about a post-oil world.  “With the oil spill and all this book could be rather timely,” I said but he just laughed and commented that nothing he had ever written was timely — but who knows.

PS:  Even while I’m running around and doing all this stuff in New York City, I still keep totally tuned in to my wi-fi, trying to find out what is happening to my friends who are sailing to Gaza with an eight-ship international flotilla filled with 10,000 tons of humanitarian aid.  “We finally just left Athens!” they e-mailed me this morning.  Yaay!  “We expect to arrive in Gaza by Saturday.”  That is, if the flotilla doesn’t get stopped by the very formidable Israeli Navy.

Can’t the Israeli government come up with some better way to act than stopping this flotilla?  Perhaps instead they could say something like, “Chocolate?  The flotilla is carrying chocolate?  We want all children to have chocolate, and even the children of Gaza.  We’re neither unfeeling nor inhuman.  And therefore, out of the goodness of our hearts and our belief in the Talmud, we are going to let this relief through.”

I know that the Old Testament mentions something about an eye for an eye, but where does anyone anywhere say anything about banning CHOCOLATE?

In the Christian Science Monitor, that’s where.

According to the CSM, “The Israeli rights group Gisha successfully took the government to court on May 6 over its Gaza policies.  Why is chocolate a security risk?”  Apparently, Gisha has “compelled Israel’s ministry of defense to reveal information about how it formally manages the blockade for the first time.  After nearly three years of secrecy, government attorneys conceded the existence of an official defense ministry list of items approved for transfer into the enclave….  Gisha had requested the government reveal on what basis it approves or rejects goods destined for the Gaza Strip, after items like chocolate, notebooks and jam were consistently barred without explanation.” http://www.csmonitor.com/World/Middle-East/2010/0526/Large-aid-flotilla-to-test-Israeli-blockade-of-Gaza

I am hoping that my friends’ “cruise” to Gaza goes well.  But just in case that it doesn’t, maybe they had better take Sarah Ferguson’s advice and “Learn About Strangers” too.

****
Please vote for me ASAP so that I can get a scholarship to the Netroots Nation convention in Las Vegas this July!  Vote here:  http://www.democracyforamerica.com/netroots_nation_scholarships/810-jane-stillwater

By: Jane Stillwater-Loves New York but wonders “Why is chocolate a security risk?”