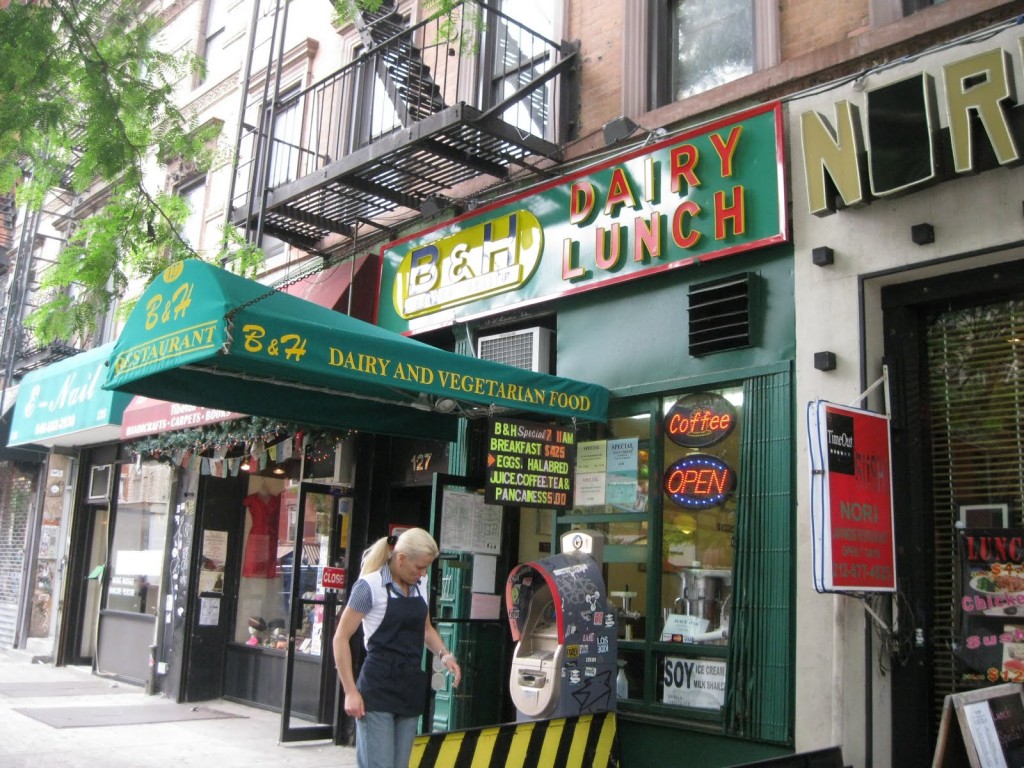 After attending the closing authors’ breakfast at the 2010 Book Expo last week and listening to Jon Stewart, Condoleezza Rice and John Grisham talk about their new publications, it was time to fly back home to Berkeley — loaded down with 50 pounds of free books.  Hauling 50 pounds of free books through the New York subway system to JFK airport in 90-degree heat is a daunting task.  Trust me, I know.  This is the third time that I’ve done it.  Thank goodness for roll-away luggage but still…they obviously built those subways back before there were elevators.

To get down to below street-level with all those books, there’s a trick to it.  You gotta stand at the top of the subway entrance and look pathetic until someone offers to help carry your suitcase down all those stairs.  Usually it’s a young African-American, Latino or Arabic male whose mama has raised him right — to be polite and helpful to little old ladies in distress.  But I digress.

Laden down with lots of stuff, I checked out of my hostel and started to head for the 28th Street station on the Lexington line — and was immediately stopped by some young Latino guy in a dark gray suit, a dark blue dress shirt and a pink silk tie.  “Would you like me to drive you to the airport?” he asked.

Would I? Yeah, duh.  But how much would it cost?

“Fifty-five dollars.  No tip.  I’ll pay the bridge toll.”  Hmmm.  Nah.  Too expensive.  But still….  It would be really nice not to have to lug around all these books. 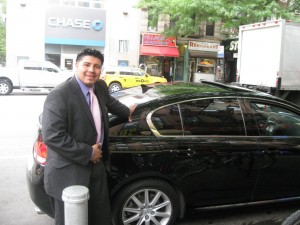 But I was still seriously dreading taking that two-hour ride on the subway with all those books.  “Look,” I said, “how about you drive me to JFK but stop by Second Avenue on the way there.  I have an errand to run.”

Whenever I can, I always stop by B&H Dairy on the Lower East Side, on Second Avenue between Seventh Street and St. Marks Place.  I’ve been addicted to their kosher rice pudding since 1965.  B&H used to be run by a Jewish family.  Then it was run by a Puerto Rican family.  Now it is run by a family that appears to be Ukrainian.  But B&H is still kosher — and still delicious (they also make an excellent borscht),

Anyway, Edward, my sharp-dressing Lexis-driving gypsy cabbie, waited for me outside B&H and then we were off to the airport and he started telling me about his life story.

“My grandmother was born in El Salvador and she came up here to work as a housekeeper and she really missed her family and so she moved back home.  But then the people she had worked for here missed her and said that if she came back to New York, they would sponsor my mom and me to move here too.  I was about one year old at that time.  And now I’m a college graduate and an accountant.”

“So why did you decide to do this instead of that?”

Then we got to talking about El Salvador.  “I loved El Salvadore,” I said.  “Archbishop Romero’s grave, Mayan ruins, Pollo Campero chicken….”

“Pollo Campero!  You know that they’ve got one in Queens now?”  Get out of town!  “Want to go see it on the way to the airport?”  Good grief, yes.

But then we got lost.  Lost in Queens.  It was so very Fran Dreiser.  It was SO Ugly Betty.  America Ferrera, where are you when we need you!  We drove around for a whole hour.

“Sorry,” said Edward.  No problem.  I got my very own windshield tour of Queens.  How cool is that. 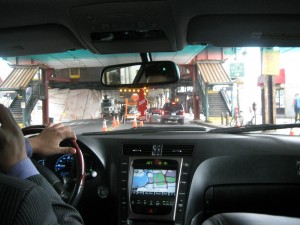 Then we both got the Pollo Campero chicken dark-meat two-piece special with a side of fried plantains.  The chicken was a bit dry.  And then Edward got me to the airport on time.  And then my plane was two hours late.

Pollo Campero.  In Queens.  Who would have thought.

PS:  If you ever need a ride to the JFK airport, some rice pudding or a windshield tour of Queens, here’s Edward’s digits (he gave me his card):  347-414-0230.  He’s not really a genuine gypsy cabbie because he’s all licensed and stuff but he is the only almost-gypsy I know — besides myself.

Jane Stillwater: He is the only almost-gypsy cabbie I know – besides myself.