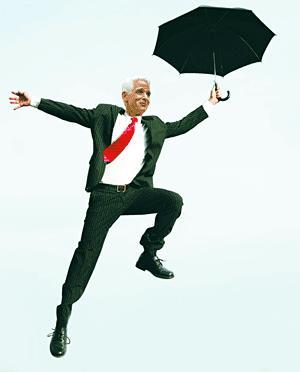 There are several easy answers to this question, and there is one that is more difficult to come by. The easy answers? Mr. Crist is the esteemed and, among many of his constituents, the honorable Governor of the State of Florida. He is the man who was on John McCain’s short-list for Vice President during the most recent Presidential Campaign… until all of those on that list were replaced by a political embarrassment named Palin. He enjoyed the speculation and his fifteen minutes of fame as provided by the national media. During those days of speculation he married, and Florida had a beautiful new First Lady.

Then, there are the more difficult questions that only the governor and those who have been “closest” to him can answer.

For as long as I have lived in Florida I have heard rumors and innuendo regarding this Governor’s sexuality. Then, the documentary “Outrage” was released. (It did not play in my town at a theatre near me. But it was released on DVD, and HBO picked it up and ran with it.) “Outrage” spoke for the Gay/Lesbian Community against politicians who are gay, closeted and use their power to do harm to those in the gay community who are attempting to live their lives openly, honestly and with dignity. It exposes politicians who have, in effect, been caught with their pants down while either passing or attempting to pass laws that prevent homosexual people from attaining the full rights of citizenship that are enjoyed by their heterosexual brothers and sisters.

As a general rule, I do not approve of, nor do I support the indiscriminant “outing” of any person. Coming out is a difficult process that begins with coming to terms with who one is and developing a sense of self- respect and pride. One should not be forced into the light until he or she is ready to be seen by the world as the wonderful man or woman he/she is meant to be. That is the general rule I like to see followed.

That exception applies to those members of the GLBTI Community who have power and use that power to harm, belittle or prevent the self-actualization of their gay, lesbian, bisexual, transgendered or inter-sexed constituents. If a person is a part of this community and uses their political power against his/her brothers and sisters they should not only be outed, they should be torn out of their closet and forced to confront themselves in the most public way possible. They should be made to confront their own self-loathing. They should be made to see and “benefit” from the damage they have done to so many persons while they enjoyed the power and prestige they attained while living their lie.

Charlie Crist was featured in “Outrage.” Evidence is presented in the film, but to my knowledge, Mr. Crist has not taken the time to address the content. Yet, although the Governor seems to be a fairly nice man on some levels, I am totally behind the efforts to “out” him. During a recent campaign in the “Sunshine State,” there was a campaign to pass an Amendment to the State Constitution forbidding same-sex marriage. This amendment was not a sure thing, since it was really over-kill in a State where there were several laws already on the books that reserved marriage rights for the heterosexuals among us. The purveyors of this particular example of homophobic bigotry had the fear that laws could be over-turned but a Constitutional Amendment would likely last forever. Initially Mr. Crist voiced opposition to this change. But the wind shifted and the ultra conservatives in his party and the Christian Fundamentalist churches began to exert pressure, and like a straw in the wind, Charlie buckled and bent. He turned his coat and came out in favor of the Amendment, thus securing the enshrinement of second class citizenship for lesbians and gay men in the Florida Constitution.

In this State, nationally and on the Internet there is very frequent speculation as to whether Charlie Crist is, in fact and in spite of his recent marriage, a closeted gay man. There is a hell of a lot of smoke out there if there is no fire generating it. There is even speculation that the real reason the GOP divorced itself from supporting this former Republican star is because of the suspicions of the party’s conservative elite. There is no way one can really know unless the Governor himself comes forth… or perhaps if one of his “lovers” decided to speak.

I cannot say that I am happy about speculation concerning what the Governor does or has done in his bedroom. I am not happy, but I do believe it is fair and that if the rumors have a basis in fact, Governor Crist has acted the part of a coward in supporting the anti-homosexual constitutional amendment and other anti-gay legislation extended or perpetuated by the Conservative branch of the Florida Republican Party.

By: The David- The answer to the question is one only the Governor and those who have been “closest” to him can answer.

The Threat to Democracy