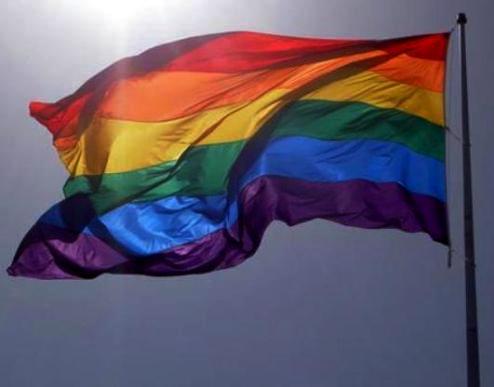 “Don’t ask, Don’t Tell.”  Maybe it is time to do both.  The time has passed for there to be civil discourse on whether to lift the ban Don’t Ask on non-closeted gay men and lesbian women in the armed forces of the United States.  The time has passed for the gay men and women in this country to plead for recognition as first-class citizens equal in every way to their heterosexual counterparts.  The time has passed for the homosexual community to be freely demonized by the denizens of the bible-toting and misquoting fanatical world, and the practitioners of the exclusionary fundamentalist brand of religion that has become a plague on all of our houses. The time has come for the law-abiding gay and lesbian community to stop trying to please the Ultra-Right, a segment of the populace that is so narrow, grasping and phony, that they can never be pleased, and the fact is, do not  want to be appeased.  Appeasement to these gun toting fanatics mired in their eighteenth century thinking where the white, heterosexist, Christian male rules the day…. appeasement would take away their weapons of fear and one of their main tenets for raising the funds they need to perpetuate themselves.  If homosexuals are seen as equal, they can no longer be cast as predators.

Even as we hold residual respect for President Obama, he needs to receive the message that he holds the trump cards that will finally and at long last help us move into the twenty-first century as citizens of the United States with full and equal rights under the law.  Mr. Obama needs to remember that yes We Can, and yes we should receive his respectful assistance while his Party holds the majority in Congress.  The hateful “Don’t Ask, Don’t Tell” law and the so-called Defense of Marriage Act (DOMA) have to be repealed.  Both of these laws need to be revoked simply because it is the fair and equitable thing to do.

We pride ourselves as being the land of the free and the home of the brave, but until all persons are able to walk with pride and to openly  be who they are, this land is not the land of the free.  Until lawmakers have the intestinal fortitude to recognize the worth of all their constituents and to stand for the acquisition of their full civil rights, we cannot justifiably call ourselves “the home of the brave.”

We stand at a crossroads in our history.  The Obama administration has taken on and is attempting to right some of the wrongs that have led to some of the social injustice in the United States.  Reforms for unfair and costly health care delivery and for the usury that masks as our financial system are being addressed.  This is well and good, and the President deserves thanks and praise for finally hitting them head-on.

But we deserve a place at the table.  We deserve and should ask for… no, we should demand that campaign promises made to us by the man from Chicago need to be kept and fulfilled.  This has to happen now!

So Mr. Obama, it is all in your lap.  There can be no adequate excuse for delaying.  You must not preside over another Administration that refuses to live up to the campaign rhetoric directed at the gay and lesbian community.  You promised.  If you do not keep your promises, then shame on you.  Shame on you, and know that the gay constituency that the party of Jefferson and Jackson has always taken for granted may very likely not be yours in the future.

Because of our arsenal of weapons and our wealth, we call ourselves the “leader of the free world.”  But we cannot claim the moral high ground when countries such as Canada, Belgium, South Africa, Spain, Sweden and many others have recognized and made same-sex marriages legal, and Canada, the United Kingdom and the Netherlands and many, many others do not demean their gay/lesbian citizens by restricting them  from serving in their military.

To the members of the Joint Chiefs of Staff and their Generals who might oppose the repeal of Don’t Ask, Don’t Tell, it would seem to be time for you to put aside your personal bias and for you to be open to the experiences of the armies of your allies.  It is time for you to move forward.

To the members of Congress who oppose lifting these two laws that oppress your constituents…. and make no mistake about it, we are your constituents, and you do represent us…… to you I would simply say that if you cannot be fair, if you cannot work to bring about justice for all of us, then step down and move on.  Let someone who is willing to work without arrogance and bias take your place.  It is no longer time to debate this issue.  It is time, instead, to see that there is repeal.  There is a time, and that time has arrived.  That time is NOW!

And to you Mr. President?  To you I can only reiterate:  You know where the moral high-ground will take you on these issues.  You know what needs to be done.  You recognize when the time has arrived.  You know  that the time is now.  But, can we do it?  Yes We Can!

By: The David-We pride ourselves as being the land of the free and the home of the brave, but can we say that when we allow fear to dictate policy?