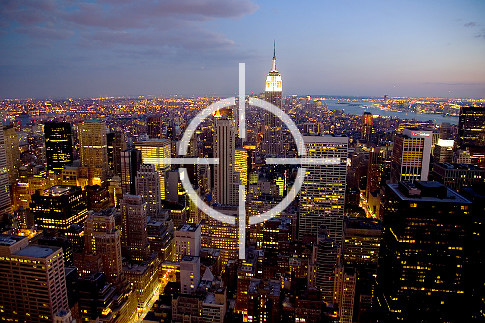 Well like most New Yorkers I was alarmed and personally concerned with the report of a terrorist truck filled with explosives discovered in the Times Square area. As a frequent theater go-er I felt vulnerable with this revelation, and like many others I wondered why anyone would want to endanger innocent civilians in a crowded metropolis. As a survivor of September 11, 2001, I couldn’t help but think back to that day.

We quickly learned that a Pakistani man with sympathies for the Taliban is the accused. We’ve been told for years that the Al-Qaeda were terrorists, but that the Taliban, while objectionable totalitarian militarists in Afghanistan, were not a threat to these shores. Why the abrupt change? I’ve heard little or nothing about this recent development, but it’s become painfully clear to me. We receive muffled reports of civilian casualties in Afghanistan. Fifteen civilians in one town slayed in crossfire, a dozen in another village as a miscalculated bomb hits a town square; Afghanistan civilians caught in the maelstrom of war. There are no obituaries of these deaths in our newspapers, just a statistic, or as the government now labels them “collateral damage.” Dead civilians for no reason – women on their way to a market; children heading home from school. Our potential drama last week which we alluded would have been described as tourists strolling around Times Square, or folks on their way to see a Broadway play – all innocents in both nations.

I went to the theater this week to see the limp and irrelevant “Enron.” There was more drama on the street than on stage as uniformed officers were in great evidence with Terrorist Squad on their lapels providing a false sense of security. I appreciate and applaud their presence as a possible protection, but we all know that a single individual can cause havoc. Timothy McVeigh demonstrated that in Oklahoma City, as did Charles Whitman from the Texas tower at the University of Texas in Austin back in the 1960s, an incident that inspired the late Harry Chapin, of “Cat’s In The Cradle” fame, to write his song “Sniper.”

The real answers to Taliban rage and retaliation is to remove the troops from Afghanistan. American military men, whose purpose is still unclear to me, and who’s presence is a continual reminder to people in the Mid-East that their lives are perceived as irrelevant in our undefined pursuit. We were lied to about Viet Nam, and we were lied to about Iraq. Every day the myth is perpetuated. It’s seventh inning at Yankee Stadium before Kate Smith belts out, “God Bless America”; the announcer dedicates it to our boys in service with the added nugget, “They are protecting our freedom.” In fact these soldiers’ lives are in danger, and their presence over there rather than protecting our way of life is endangering our safety. Terrorist retaliation is a desperate political voice.

Amidst all of this insanity and duplicity Gail Collins in the New York Times this week reports this startling fact, “There seems to be a strong sentiment in Congress that the only Constitutional rights suspected terrorists have is the right to bear arms.” NRA, National Rifle Association, mouthpieces in Congress, while challenging Miranda rights for the accused, won’t place limitations on who can gather weapons. In addition to the lies we have incompetence and stupidity; literally fueling ammunition to those who might want to harm us.

The war in the Mid-East was begun with lies, it continues on with mythology. The threat is on our doorstep every time we ride the subway or walk the streets of this magnificent city. But the war nurtures the rage, and the arms are available, for anyone who wants to fulfill their anger. Where is the logic? Where is the sanity? How many senseless deaths will it take and for what?

By: Troy J.-“Like many others I wondered why anyone would want to endanger innocent civilians in a crowded metropolis.”

The Gulf of Mexico Oil Spill – The End Of the World As We Know It?