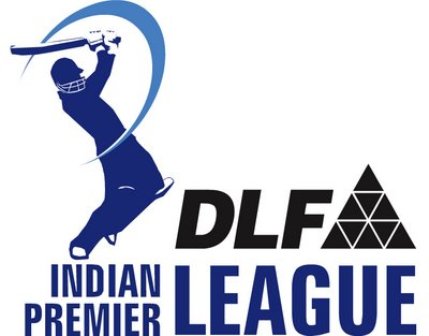 It amuses me sometimes, the way people pretend.

For instance, we have this enormous sense of shock and awe in India, these days, over corruption in the management of the private cricket tournament, the so-called Indian Premier League (IPL). Personally, I find that to me cricket is almost the least interesting thing on the planet, so I haven’t wasted my time on whatever shenanigans Messrs Lalit Modi and Shashi Tharoor (the latter a diplomat-turned-author-turned-failed candidate for UN Security Council Secretary General-turned-politician), who are on opposite sides on this thing, but both apparently neck-deep in sleaze, have been up to. So, except for saying that it involved massive illegal payments to Mr Tharoor’s girlfriend, I can’t give you any further details. Not that it matters anyway.

What matters is that the Indian media, the Indian government and the Great Indian Muddle Class have chosen to react to the spectacle of corruption in the IPL as though it was horrifying, shocking, and utterly undreamed of. The front pages of papers invariably choose to post the latest on Modi’s fight to save his position as some kind of IPL commissioner and his threats to “reveal all” (in a damage limitation exercise, Tharoor has already been compelled to resign from the government, but don’t worry, he’ll be back) in BIG BLOCK HEADLINE LETTERS as though there wasn’t anything more important. I’ve long since lost all desire to watch Indian TV news but I’m assured that it’s the top thing there too…for weeks now. Everyone from professional celebrities to film actors-cum-IPL team owners to retired cricketers are fuming at the corruption and how it’s contaminating the game and the image of India.

All this is, of course, utter and complete humbug. You’d think that living in one of the most corrupt nations in the world, where everything – and that means everything – that involves money in any form involves bribery at just about every level of the line, where the government’s ministers are openly on the take, where corruption is so not an issue any longer that the Chief Minister of an impoverished state can demand and receive garlands constructed out of billions of rupees as gifts at public functions, that they’d know that the IPL, with vast amounts of TV and advertising fees swimming around, would be corrupt to the core.

Of course it is; and the corruption is, in fact, so deeply ingrained in its structure that I’d be astonished if Mr Modi and his erstwhile friend Tharoor weren’t convenient scapegoats (not that I’m saying they aren’t corrupt, of course) thrown to the mob while the real framework of the corruption went on in the background, more robustly than ever.

In fact, while I’m on the subject, I always find it astonishing that in a bandit-capitalist system (as in India) corruption can even be called a crime at all. (By bandit-capitalism I mean that kind of capitalism where the profit motive is the only motive, where – to quote Gordon Gecko – greed is the only good, and where any payment is an investment designed to be recouped in time and at a profit.) Bandit capitalism is the actual soul of capitalism, shorn of the fancy dress of charity (aka guilt money) and regulatory mechanisms that clothes standard capitalism like cosmetics and lace. All capitalism is in its foundations bandit capitalism, because even those regulations and that guilt money are basically meant to hide the rapaciousness of the capitalist system under a mask of acceptability and social responsibility.

Bandit capitalism, though, isn’t immoral. It’s merely amoral. From the point of view of bandit capitalism, all that matters is whether a certain enterprise can turn a profit. If anything, including the judicious payment of bribes, can help in the turning of that profit, therefore, it’s perfectly justified and part of the investment made, and more profit will have to be squeezed out of the investment to compensate. Laws, if they are an impediment in the way of making that profit, are to be subverted, annulled or bypassed, and there’s nothing wrong in that either.

From this point of view, then, the mafia boss or businessman who funds a politician’s election campaign or decides to run for office himself isn’t doing anything illegal or morally wrong. He’s just making an investment which will put him (or his nominee) in a position where that investment can be recouped a thousandfold, and he feels his actions are as justified as any small shopkeeper trying to make a profit by buying his stock at wholesale prices and selling at retail.

When, as in India, a bandit-capitalist system runs up against a feudalist mindset, it finds the perfect culture medium in which to grow. In a feudalist system, morality is already not an issue. The only issue is one’s ability to dispense patronage. The rich man in such a system is automatically good because he can hand out favours or money, and how he came by his riches is immaterial. In fact, it’s something of lese-majeste to oppose him, and this explains the classic response of an Indian moneybags caught in some breach of the law: “Do you know who I am?”

Here in India, we had a pseudo-socialist system which was utterly corrupt, but then, at least, corruption could be termed a crime without waxing hypocritical. Under socialism, after all, profit isn’t supposed to be a motive, let alone the sole motive. But when we, as our government and media never fail to remind us to their own cheers, have consciously abandoned the “bad old socialist days” for capitalism, which is supposed to be the fount of all that is wondrous and new, shouldn’t the simple logic of the capitalist system mean that anything goes and that the only crime is not making a profit?

The IPL should provide an answer.

Further reading: (For those who are interested, these are a few articles on the IPL brouhaha)

http://www.outlookindia.com/article.aspx?265096 (On the corruption “scandal”)

Bill the Butcher – I find it astonishing that in a bandit-capitalist system (as in India) corruption can be called a crime at all.

A Commentary on Religious Intolerance & the Dalai Lama