Like shooting puppies: Guatemala’s Iran-Contra war on the Mayans 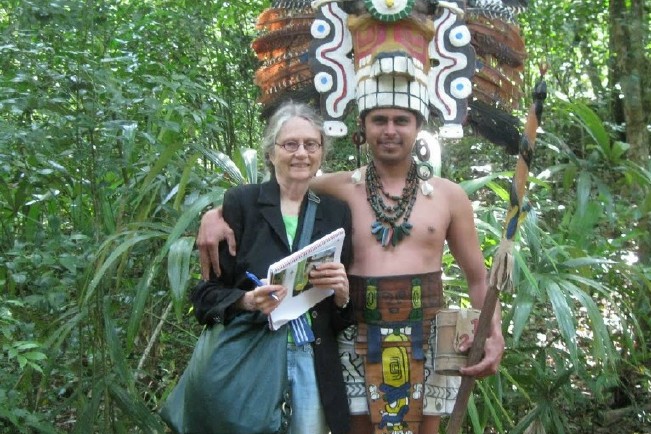 If there’s one thing that I have learned for sure down here in Central America, it is this: Mayans love brilliant colors.  Everything they wear, everything they use and everything they touch just explodes with color.  Back in the day, approximately 2,000 years ago, their temples and pyramids used to be painted like psychedelic dreams — and even now the direct descendants of the people who built those amazingly colorful temples are still robing themselves in rainbows.

The main difference that I can see now between the Mayans of the old days and Mayans today is that modern-day Mayans seem to be ashamed of their love of colors.  Mayans of 2,000 years ago used to positively swim through a world of beautiful colors.  But all too many Mayans right now seem to be actually ashamed to wear anything more colorful than a pair of faded jeans and a tee. 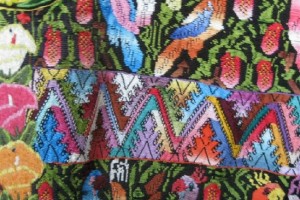 How did things in Guatemala come to reach this sorry pass?  It’s a long story.

Back in the 1970s, the Mayans of Guatemala finally got sick and tired of surviving in the same way that sharecroppers in the segregated American south used to survive — by working their butts off but only getting paid enough to stay just barely alive.  And like the Freedom Riders of Mississippi and Alabama before them, the Mayans of Guatemala began to protest their lot as third-class citizens who were being treated like dirt.  But instead of staging sit-ins at lunch counters, the Mayans in Guatemala simply and quietly asked to be able to own their own land. 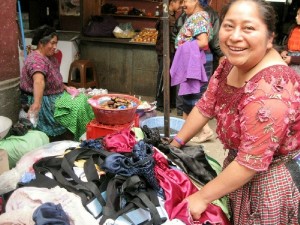 Well.  The way that the Guatemalan government reacted to the Mayans’ humble demands, you would have thought that the Mayans had started raping white women, being uppity to rich folks or something equally worse.  But no.  Mayans were just simply tired of being treated like the N-word all these years.  Wouldn’t you have been tired too?  And, like our own Rosa Parks, their feet hurt and they were tired of sitting in the back of the bus.

And so Guatemalan government troops, using all kinds of weapons given to them by Nixon, Reagan, the Iran-Contra cartel and the rest of that blood-thirsty bunch, set about killing as many Mayans as they could.  And, trust me, they could (and did) kill a lot. 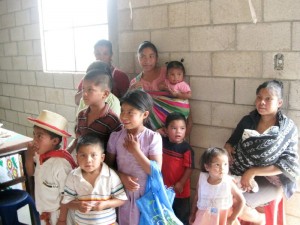 But after having spent the last few weeks among Mayans in the Guatemalan highlands, I have come to the conclusion that Mayans are a gentle people.  A kind people.  And a spiritual people too.  And killing all those Mayans must have been like killing Bambi, like shooting puppies, like raping nuns.

And another sad thing about the 36-year U.S./Guatemala war on the Mayans was that the Mayans’ creative, intense and spiritual love of brilliant colors has apparently also been killed off too — except for some isolated communities up in the highlands that still hold onto the grand tradition of dressing themselves each morning like a rainbow.  And that is a very great shame too.

Meanwhile back in the States, I’ve just heard that Fox News is getting its knickers all in a twist over a new pseudo-snuff music video Telelphone by Lady Gaga and Beyonce.  Which leads me to ask, “Why hasn’t Fox News gotten its panties all in a bunch over all the millions of men, women and children that have been actually snuffed out — by American weapons raining down on Iraq, Palestine and Afghanistan? And also let’s also not forget the deaths of approximately 250,000 Mayans, thanks to Reagan and his pals.”

Now there is a REAL snuff movie for you, Fox News.  Where’s your outrage about that?

Jane Stillwater – Instead of staging sit-ins at lunch counters, the Mayans in Guatemala simply and quietly asked to be able to own their own land.