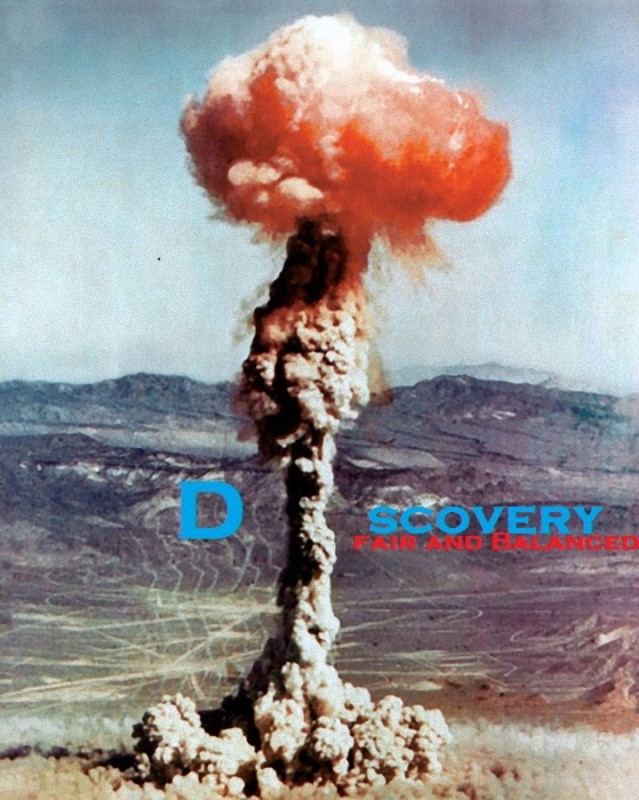 Discovery Communications, wanting to become fair and balanced, looked to Fox News’s Sarah Palin, the vice-presidential hopeful in the 2009 U.S. presidential election. Discovery, long known for it’s earth-friendly offerings with such shows as the Discovery Channel, the “Planet Earth” series, the Science Channel, Animal Planet, and TreeHugger.com, after rumors that its CEO would be shot from a helicopter if he didn’t do what was good for him, decided to schedule “Sarah Palin’s Alaska.”

The new show, unlike Discovery’s past shows, will offer segments such as “How to Shoot and Dress Baby Seals,” “Fun with AK-47s and Helicopters,” “Strip Mining in Natural Forests,” “Hiding Bodies of Environmentalists In the Snow,” “Fishing with Grenades,” and “The Most Fun Ways to Drown Baby Kittens.” Ms. Palin is also planning a special on how to profit best from deforesting to lay oil pipelines by cutting and selling the trees for profit vs burning the forests and shooting the animals that run out trying to escape the fire. A line taken from the special states,

“Selling the trees may be profitable, but how can you compare the monetary profit to the joy of killing frightened, defenseless animals. Besides, if you get lucky, you can make a some bucks selling the hides.”

In order to boost the popularity of the show, the RNC has introduced major funding to advertise the series and has hired Xe, formerly known as Blackwater, to harrass and destroy anyone who seeks to oppose the show. A major “hit” contract was taken out on CREEDO this morning after an email release of a petition to prevent the show from airing.

When Ms. Palin was asked why she thought the show was relevant to Discovery Communications, she responded, “The Discovery Channel has long been a problem to true Conservative Christians. After watching a show on the Discovery Channel, my baby girl broke out in tears and begged me to stop shooting her caged pet rabbits with my AK. It has clearly been used as a tool of those whiny environmentalists to break up traditional family values in the home. The Bible says to honor your father and mother, not question them. It was turning our children into tree-hugging, pet loving, Socialist Marxist Communist zombies who didn’t even delight in killing for fun. It was turning our children into flitting faggots. It was obviously the real reason that my daughter got pregnant out of wedlock. My show will teach good, wholesome, traditional Christian values to the network and bring balance to the Godless station.

Look how many people the Discovery Channel brainwashed into voting for that Nazi Marxist Obama who is destroying America with Socialist programs such as Health Care Reform and giving tax breaks to people who aren’t even rich. Besides, this new platform will give me more opportunities to pose in my bathing suit with other assault rifles from my collection and allow me to pose semi-nude laying on various animal hides. I can’t wait to pose bare on a bear! I just bagged the biggest polar bear in history!”

The show’s producers worry that some of its regular viewers may be offended by the new show’s offerings. To circumvent this matter, the following disclaimer will be run at the beginning of the show:

WARNING: This show may be offensive to tree hugging, whiny animal lover faggots who want to save the planet. Change the channel or feel the sting of my bullets”

PETA is planning to picket the office of Discovery Communications bearing signs with posters of various animals that Palin has mercilessly slaughtered. It is rumored that the whole organization will attend to shout in unison, “Hell NO, we won’t watch the show!”

Discovery Communications is also considering a show by Dick Cheney, who will do a show on using your friends as game on hunting trips, how to rig large buildings with explosives to build support for war, and how to use fear and intimidation to turn women into prostitutes. It will also soon host shows by appropriately named JunkScience.com’s Steven Malloy to debunk myths that nuclear radioactivity is harmful, that there’s danger in dumping mercury into waterways, and to prove that cyanide and other oil company and chemical plant emissions which are currently being billed as toxins can be good for you. Malloy will also explain why it’s good to dispose of toxins by putting them in consumable products.

As a goodwill offering to Discovery Communications, Fox News is lending Discovery the right to use “Fair and Balanced” in its show headlines. It is rumored that this deal was negotiated with Roger Ailes by Sarah Palin herself in the executive bedroom of Fox News because she wanted to be able to use the slogan in her shows. When asked if this was true, Sarah Palin acknowledged the fact saying, “I screwed him for Jesus so we can promote Christian values.”

Space Eage – Selling the trees may be profitable, but not comparable to the joy of killing frightened, defenseless animals.

Through the Rockets Red Glare There was Spaceship