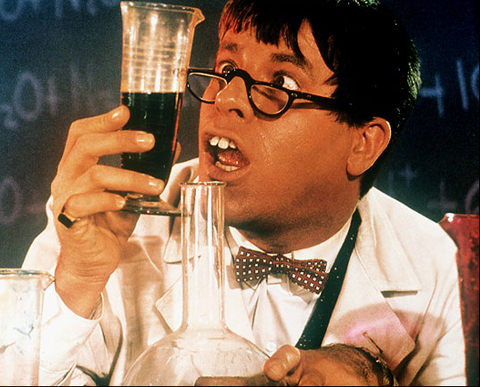 Cambridge, Massachusetts – Researchers in Psychological Kinetics have uncovered a Republican conspiracy to insert one of their own into the Democratic Party ranks.  According to Harvard psychology professor Heinrich Tushwiggle, the Republican maneuver would have gone undetected if it had not been for his class on political non-verbal interpretation.

Tushwiggle, along with associate professor, Danielle Cutbush, held a press conference on Wednesday morning to present their findings to the press. The press package presented beforehand outlined that the study was done during a three day junta in Cancun, originally to study the link between tequila paralyzers and the increase in the popularity of the local Young Republicans group. It was during the ninth round of belly shots that one of the students looked up at one of the televisions and from her vantage point of laying on the table noticed the irregularity in President Obama’s liberal posturing.

Tushwiggle and Cutbush produced this picture, courtesy of www.thestraightway.org, of President Obama standing in a relaxed position as proof of their research: 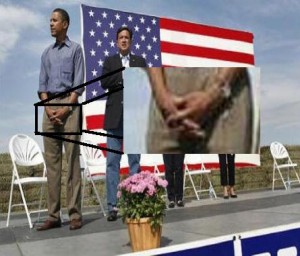 “With the aid of a zoom lens we were able to determine the position of President Barack Obama’s DAT,” Tushwiggle explained. “As you can plainly see, the right DAT is clearly holding down the left DAT. By measuring the distance between the left DAT and the Right DAT, as well as estimating the angle of the right DAT as it sits atop the left DAT, we were able to determine that the right DAT will; if given a friction free environment; twiddle- not twaddle. Given the facts we know already about right/left DAT placement and conjecture of the rotation of twiddle and twaddle, there is only one conclusion: Barack Obama is living in denial or a Republican mole bent on the destruction of the reputation of the Democratic Party of America!”

Researchers point out that psychological link to liberal abstract thinking is controlled by the front right sphere of the cerebral cortex which shows up in a physiological manifestation of left DAT dominance in a person.  The movement of the DAT is in clockwise rotation, or, twaddling, motion. It has been concurred in the psychological community that clockwise rotation indicates forward thinking, a trait of those who seek change. Contrarily, a person who has a dominant right DAT manifestation rationalizes with their left cerebral cortex sphere which is primarily responsible for concrete conservative views. Twiddling, or the counter-clockwise rotation of the DAT, represents a stalled or backwards personality trait where the person looks at segments of the past for current answers. The twiddling or twaddling direction of motion is dependent upon the apex of the DAT whose centrifugal force is determined by the psychological predisposition of leftist loftiness or the right rockiness.

Cutbush added that DAT is the preferred acronym for Dexterous Anatomical Tentacle, a digit on most humanoid hands. When asked for clarification of a DAT, Tushwiggle stated, “I believe the un-enlightened commoners call it a ‘thumb’”.  When asked to further clarify who comprised the un-enlightened commoners statement, Tushwiggle rolled his eyes and through a sigh answered, “Anyone who did not, does not, will not, attend Harvard, duhhhh.”

Both Tushwiggle and Cutbush provided additional evidence that President Obama is a Republican Mole. They cited that for over a century every Democratic President has been from, with the exception of John Fitzgerald Kennedy and Franklin Delano Roosevelt, the Southern United States. They were quick to point out that even though these two were not Southern, they had really cool initials, unlike the current President who, much like his term in office has been, could be shortened to BO.

Other evidence cited as proof to his  Republicanism,  was that Obama often has a pursed lipped expression on his face; a Republican characteristic caused by the lemon slices Republicans are required to hold between their buttocks. Tushwiggle stated further that Obama’s frequent verbal gaffs are Quayle and Bushified in nature as they often isolate segments of the population. The other event that they feel shows  Obama’s duplicity,  was the method of introducing a health plan bill that  worded in such a way that it allowed for wide interpretation,  resulting in near-riots at some of the initial ‘Town Hall’ meetings. Lastly, the two cited the appointment of Hillary Clinton as Secretary of State.  Both Cutbush and Tushwiggle suggested this had to be Republican driven, for, as Tushwiggle stated, “Who in their right mind would want the American International image to be of a woman who chose to let her philandering hubby walk all over her?”

Chairman of the Republican National Committee, Michael Steele, denies that there is any truth in the Harvard report. Senate Minority Leader, Mitchell McConnell, concurred, pointing out that no self respecting Republican would be nice to his mother in-law; they would simply have her put into a home to be quietly forgotten.

Secretary of State, Hillary Clinton, when asked on the findings of the Harvard study stated, “I thought that there was something funny going on when that skinny-assed mother- [Obama] was nominated over me. I can assure the American public that they will never catch me twiddling my DAT– I use my thumb for the purpose God intended, to assist in diddling my [lower reproductive organ].” William Jefferson Blythe III was unavailable to confirm or deny that Mrs. Clinton possesses such an organ or simply portrays one.

By A.B. Thomas Cambridge, Massachusetts – Researchers in Psychological Kinetics have uncovered a Republican conspiracy to insert one of their own into the Democratic Party ranks.  According to Harvard psychology professor Heinrich Tushwiggle, the Republican maneuver would have gone undetected if it had not been for his class on political non-verbal interpretation. Tushwiggle, along with…