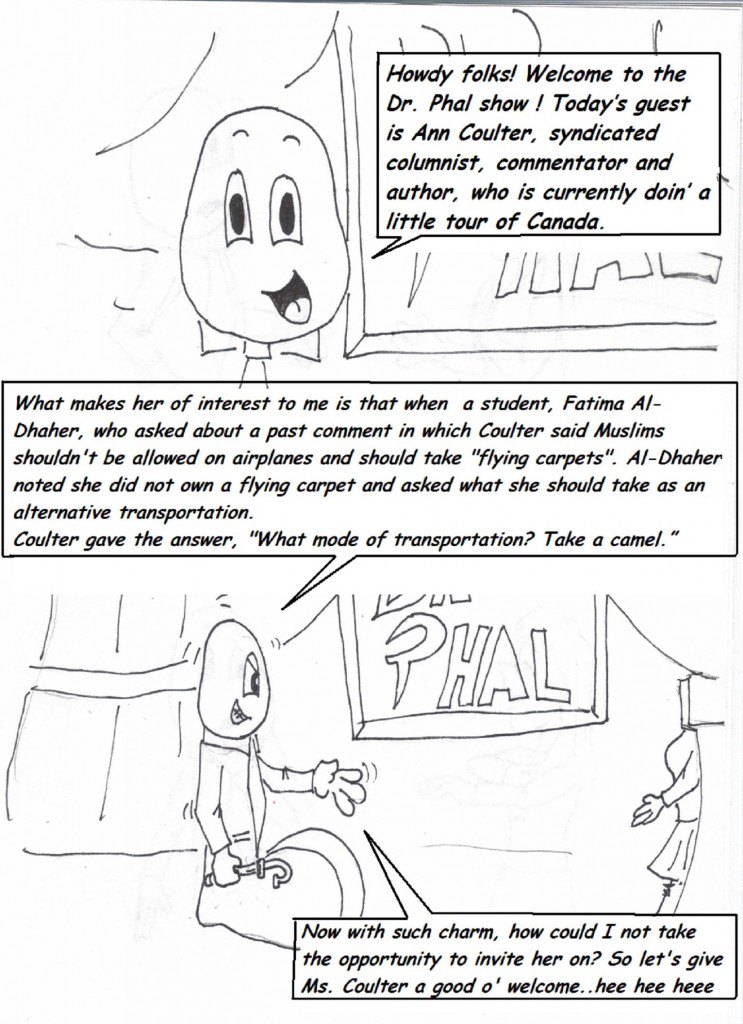 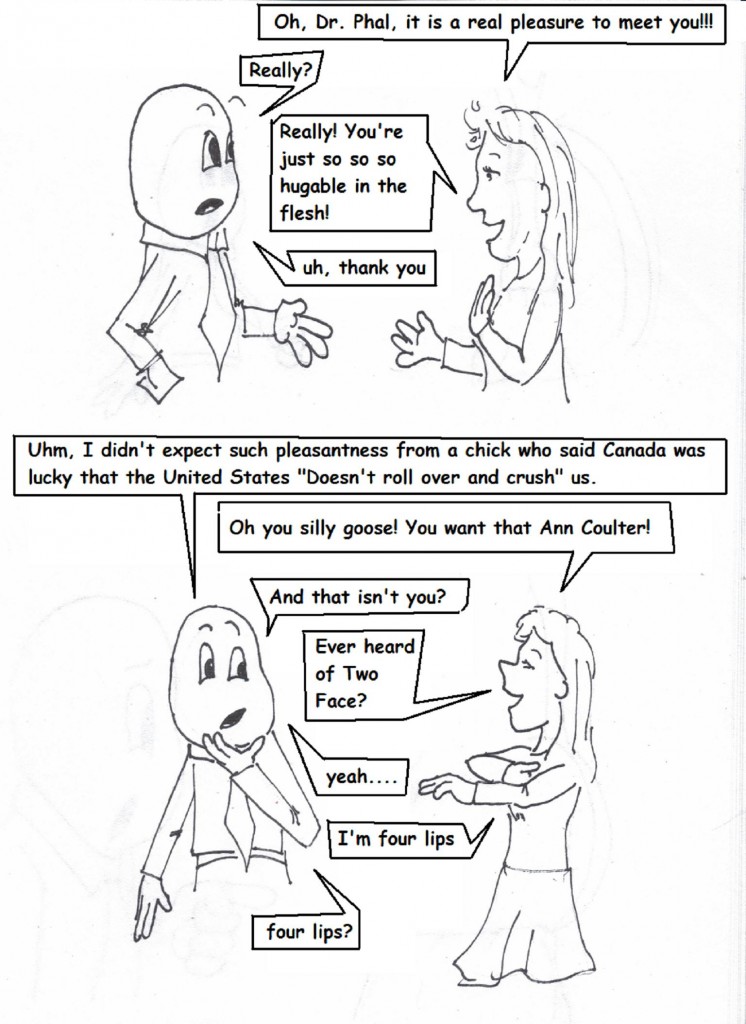 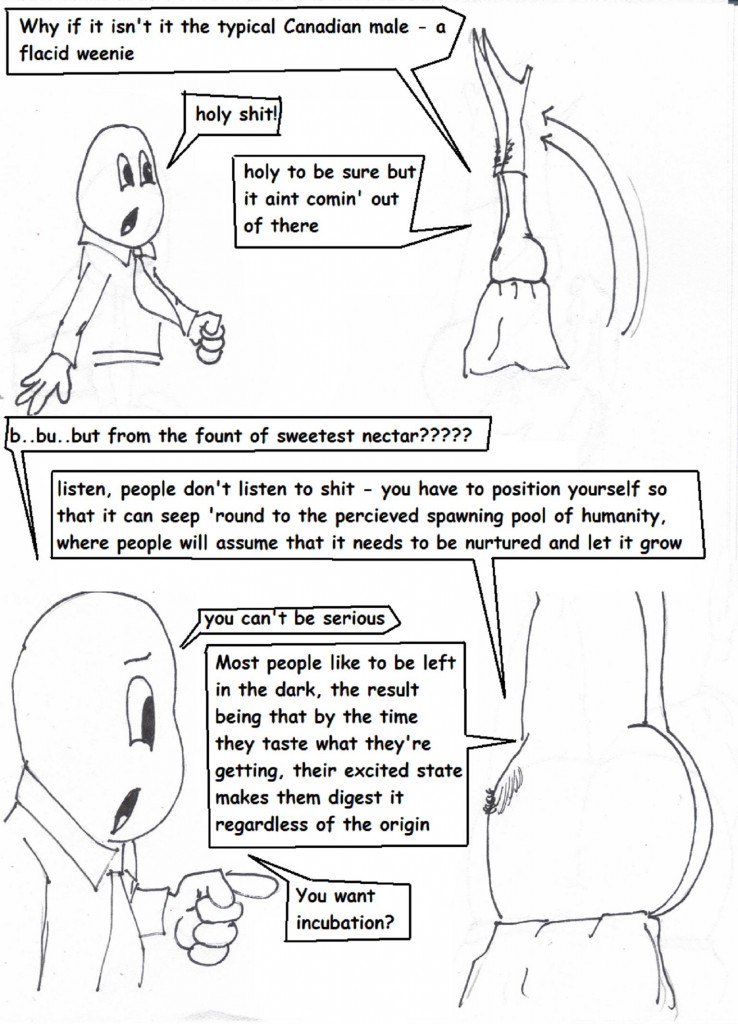 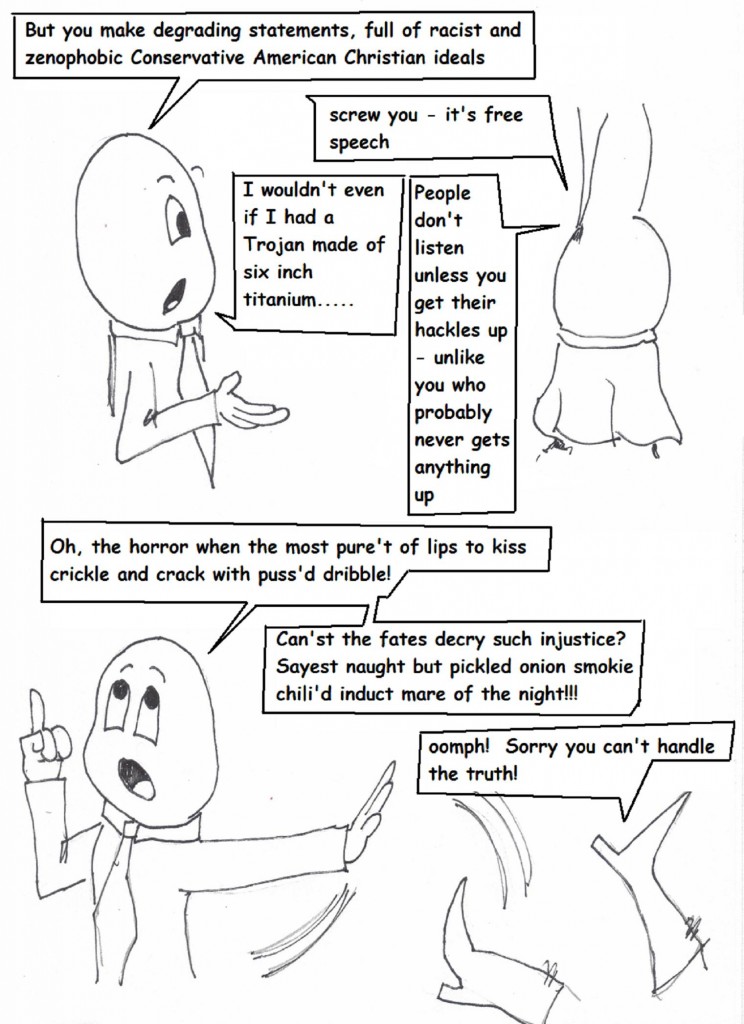 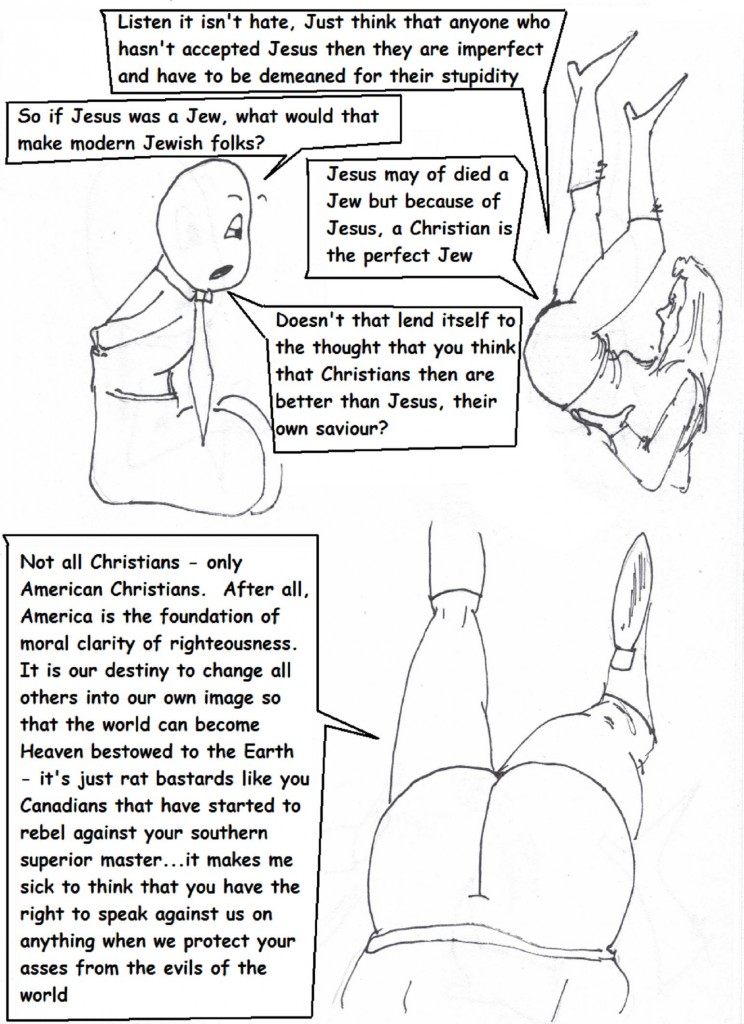 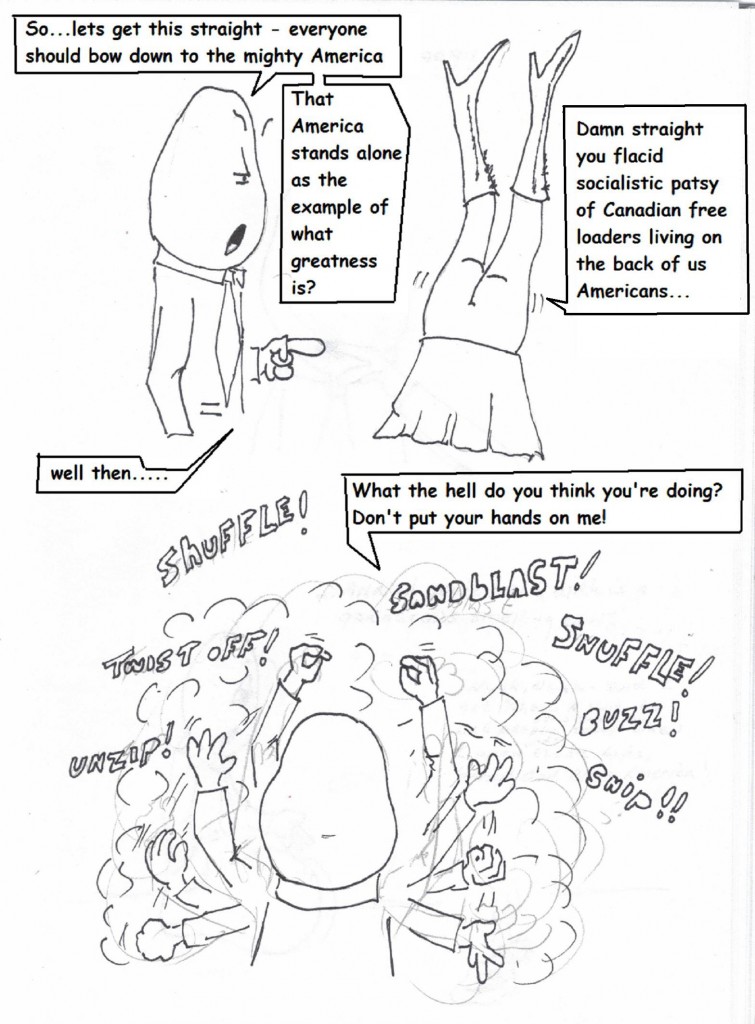 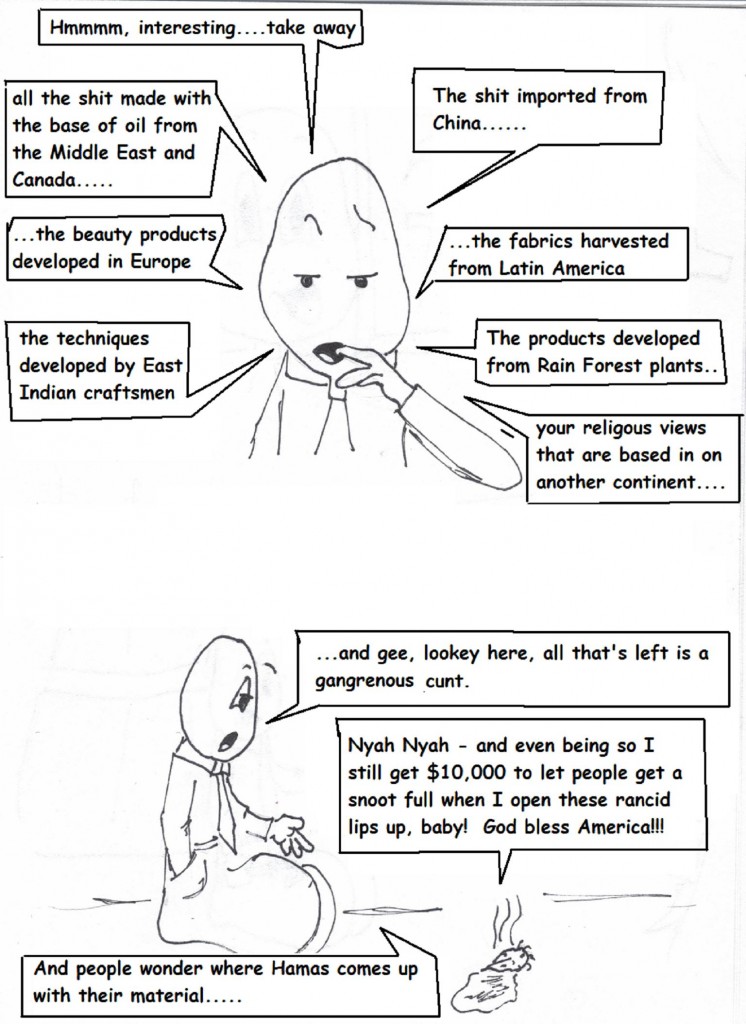 That about says it all, doesn’t it?

Finally someone has exposed that cunt. Thanks Dr. Phal.

You wouldn’t believe how hard it was to use the “C” word – my heart was wrenched apart to have done so….to defile the sanctity of the one body organ that truly belongs on its pedestal, that holiest of holes, the vagina. Though the pain was mighty, the chills of horror overwhelming, the image of the deflowering of such purity had to be done. People would assume that would be like two Scottish Terriers lickin’ peanut butter under Barbara Bush’s dress since we both fall under the moniker of “conservative”, but alas there is a large chasm that separates us. It could be blamed partially on the glut in American mass media that only those that are sensationalistic are noticed; it could be that there is a prevailing American xenophobic attitude that almost instant access to global information has produced into which commentators capitalize on, but the responsibility has to placed upon the person herself. Accusations hurled at over-generalized stereo types over specific actions hold no value yet Coulter uses these as her rallying cry to those who really aren’t interested in analyzing the situations, preferring to yield their opinions to that of someone else.
Coulter once said, “Not all Muslims are terrorists, but all terrorists are Muslims” – is this not a statement that exploits fear and discrimination? Is there any real information? What does the statement accomplish? The only thing it does is gets her name ‘out there’. Coulter even stated that she is thinking about filing a complaint with the Canadian Human Rights Commission over the decision of Ottawa’s university cancelling her show because of the protests against her appearance, which I’m sure will add more publicity to her monkey grinding side show. To call her a conservative commentator is an insult to how I view myself as. Coulter is nothing more that Andrew Dice Clay with tits, good for a laugh because she is so pitifully ignorant of anything other than her own noxious gas. I suppose that I, in the end, became no better than her with my summary opinion of her but I also should have showed indifference to her existence – its just I despise my character being assassinated by association with someone unworthy of the label ‘conservative’. To the voluptuous vagina I weep for thee,.forgive the sins of your most faithful servant…….

That’s a Holy C, all right.

Coulter wants to whine to the human rights commission because she’s not being given a chance to say nasty things about other humans? I’m still trying to digest that. Isn’t that sort of like the class bully whining because nobody likes him?

I’m not so sure if Coulter is an Andrew Dice Clay with tits….. Should there be any doubt, it is the tits I am unsure of. For some time I have been thinking that Coulter could be a deranged and demented drag queen. Have you gotten a good look at her larynx? I have never seen an Adam’s apple that big on any woman. (But then again, that would be an insult to drag queens everywhere…. many of whom are friends of mine, and as a group, much more honest than Ms. Coulter will ever be.