The Subversive Qualities of Fiction 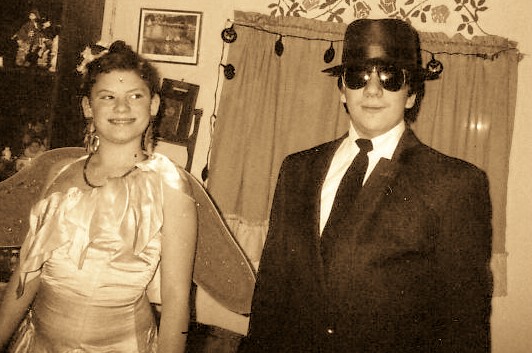 It’s exciting, this immersion into the information age, the hum and pulse of cables, the triumph of computerized networks.  The opportunities expand before us to share what we know, absorb what we’ve learned, articulate our opinions based on the facts presented before us.  Never, at any other time in history, has so much information been so readily available at our fingertips.

We are a society obsessed with news, what’s new and media exposure.  While we bask in reality shows, entertainment tonight and Judge Judy, we shunt aside the craftsmanship of episodic script writing.  While we daily shift through the news as an ongoing drama, we forget how its passage has brought us to this complex and unresolved accord.  While we absorb information, we are not looking for answers.  We are trapped in the dilemma of issues and their counter-measures.

The answers rarely appear in the presentation of documentary writing, as while the writer struggles to retain the objective view, the reader is building a subjective response.  The admirable quality of non-fiction is all the cards are laid out on the table, including the trump.  However, it’s not the presentation of facts that have historically swayed the masses, but the presentation of fiction.  According to legend, Harriet Beecher Stowe was told by President Lincoln, in reference to her best selling book, “Uncle Tom’s Cabin”, “so you’re the little woman who started a war.”  “To Kill a Mockingbird” did as much to advance civil rights movements as Martin Luther King.

There’s nothing more challenging than the art of fiction writing.  The writer must build believable characters; and not just believable, but a character the readers are willing to follow.  One they sympathize with, identify with or fall in love with; sometimes, even a character they love to hate.  The writer must persuade the reader of the rational qualities in the individual points of view.  Reasons must be delivered for actions, motivations for responses.  Answers must be concentrated on because the plot consists of conflict and how the characters resolve it; whether constructively or to their detriment.

For these reasons, fiction writing is subversive.  The personalities are timeless and play out their functional roles on history’s stage.  The situations, the environment, the solutions all differ, but there are only a few basic plots, for humankind revolves around a few basic expressions.  We learn to love or hate, to strive or surrender, to choose between violence and peace.  The lessons learned from a well written fiction story carries a far greater impact on our perspective of others and social awareness, than all the documented research papers we could accumulate.

The fiction story is the processing of this accumulation.  It is the writer who has stepped outside of self to present another whose internal integrity is completely dependent on how far the writer can carry objectivity into opposing characters, who has become subversive.  The writer has taken the understanding of opposing views and built them into identifiable characters.  These characters don’t always have clearly defined lines between good and evil, heroes and villains, demons and saints, because that is the human situation.  We are, individually and as a whole, neither flawless, nor are we imperfect.  We are the reflection of environment and heritage, the texture and mix that creates drama, humor, romance and pathos.

The fiction story has been fading into the background for a long time.  Efforts to revive it has resulted in specialized sponsorship and unpredictable genre rages.  It began with the armchair ease of media entertainment, shuffled back farther with the luxuries of choosing favorite movies, was little more than a pin drop by the time interactive video games started.  The shift away from fiction writing is not only deeply reflective in television, but in the movie industry, as well.  More and more, action flicks and comedies are becoming an eye glut for incredible action sequences, with very little attention given to plot or dialog.  There is almost a desperation in coming up with scripts; drawing heavily on re-makes, comic book character addictions, and even pulling video game heroes out to create stories.

There is no better time than now to bring fiction reading back to the forefront as a leisurely pleasure.  Fewer people can afford summer vacations.  Many households have eliminated the luxuries of cable television, upgraded technology, additional games, weekly restaurant dates, nights at the theater…  Fiction reading remains, by far, the cheapest form of entertainment.  It gives you many of the benefits of non-fiction; a cultural view, a sense of the historical time era, a social or political message,   But fiction has the potential to give so much more.  It allows you to be there, to see through the eyes of the narrator, to touch and feel the dynamics of your surroundings.  Sometimes, fiction is a vacation, a fantasy within a favorite character or place.  Sometimes, it’s the disturbing echoes of the thoughts that flash through your sub-conscious mind.  Sometimes it’s humor.  Sometimes, it’s understanding.  Sometimes it’s a bridge of communications and once in awhile, it answers questions.

Karla Fetrow – There is no greater resource than our imaginations