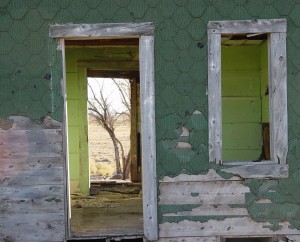 Ants are gathered around an old tree.
In a choir they sing, in harsh and gravelly voices,

Toads nearby clap their small hands, and join the fiery songs, their five toes trembling in the soaked earth.

The cry of those being eaten by America,
Others pale and soft being stored for later eating.

The mass sinking down;
The light in children’s faces fading at six or seven.

The world will soon break up into small colonies of the saved.

–Robert Bly (“Johnson’s Cabinet Watched By Ants”, and “Those Being Eaten by America”; 1967)

Last week, Elizabeth Warren, who chairs the congressional oversight panel in charge of the banking-bailouts, made it clear regarding the middle-class in America that “…We’ve hacked at it and chipped at it and pulled on it for 30 years now. And now there’s no more to do. Either we fix this problem going forward or the game really is over.”

Today, I got a phone call from an old friend.

He’d started a business a few years ago, and wound up being one of the faceless casualties of thirty years of economic mismanagement. While Obama dithered over the best place to put the bailout money, my friend did his best to manage the sinking of a ship he’d worked most of his life to realize.

His ‘reward’ for following the rules and believing his government was a debauched currency; an economy devoid of life thanks to a government which believed it possible to cut taxes and continue spending – ironically; the philosophy of the ‘conservative.’

The liberal/progressives did no better, with the result that we now have bankers with fat bonuses – while their banks literally bet against the America we’d like to believe in. (Now, the administration thinks it’s a good idea to put bailout money in the hands of small banks, which have more ties to local business – a good idea indeed; at least a year too late to do much good).

My friend asked for money. Anything I could spare.

He’d been forced to follow his small business into bankruptcy. Now, he lives in an apartment on a combination of welfare and food stamps; hoping he can find a job.

Most businesses won’t hire a person who’s filed for bankruptcy – the ‘fresh start’ promised people who take this route is a pipe dream. His state-funded relief ends in June; to add insult to injury, he now has a warrant to seize his remaining personal property in order to pay back employment-taxes; the result of the failure of his business. Seven thousand dollars. It might as well be seven million.

I remember him from better times.

He had a fine home; the result of good years as an employee of a fast-growing business. Venturing on his own was a risk; but a calculated one – the economy was growing quickly, and he’d picked an extension of what he’d done before – ground he knew how to cover, and a profession in which he could make good money.

He had a retirement fund; good medical insurance; a woman in his life who shared his rise and supported him emotionally.

All that began to change three years ago, as the economy imploded. Now, his home is gone; one of the one-in-forty-four in the local area, making Portland 61 out of 100 top real estate markets in America in terms of foreclosures.

His business was gone before the home – having four employees look at him with vacant eyes while he told them that their livelihoods were now a matter of statistical record did nothing for his morale.

The insurance was now gone, also. He now suffers from depression (and probably PTSD); likely severe – but there are no health services for former employers.

His is a metaphor for all of those like him in America – he’s a couple of months away from living on the street, and absent a miracle, that’s where he’s going to wind up.

Failure is an orphan. That’s never been more true than in this case, and in the thousands upon thousands like it, all across the Formerly Greatest Country On Earth; regardless of his education, talent, and creativity, my friend is now considered Worthless.

His woman is gone. So are most of the people he called ‘friend’; they don’t return phone calls. Uncomfortable ‘best of luck’ statements are what he gets via email.

Then, the government came calling.

They now want his furniture; ‘back employment taxes’ are the reason. They will not negotiate. His bankruptcy attorney can’t help; the trustee distributed the money and ‘somehow the state employment people fell through the cracks.’

I gave him what I could spare.

We are living in a dangerous place. There is no place left to hide. Having created a nation of dispossessed, we now await the spark which will carry us to Tomorrow.

Astra Navigo-
Playing by the rules provides no protection when the rules are re-written.

Greed Without Shame – Big Oil Vs. The Tax Man