The Times that Try Men and Women 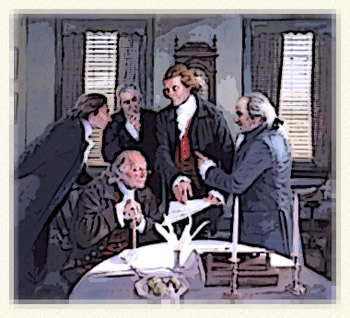 Thomas Paine used these words as an introduction to a pamphlet that helped inspire the great experiment which became the Republic founded after the revolution that freed the colonies from British Rule.

The Great Experiment, and yes, it was just that. It has endured for over two hundred years. So what if Washington, Adams, Jefferson and Paine were to be filtered through history as men who were giants striding through a Lilliputian landscape where all other men were smaller than life in comparison to these “Founding Fathers.” So what if the history we learned during our school days endowed them with mythic virtues and heroic strengths. We saw these bewigged gentlemen as museum pieces without true feelings. What did Washington feel toward Martha, and what did Adams feel for Abigail during their long life together? Did they ever argue or disagree? And was Benjamin Franklin a philandering husband? Did the widowed Jefferson climb down from his pedestal to, in the biblical sense, come to know the slave Sally Hemings? Were her children his? Genetics prove the latter to be so. Does knowing this diminish Thomas Jefferson and make less his contributions to our history? Can we understand that if we came to know these founders as men, then their contribution to history would be so much greater. There is much more inspiration found in the acts of mortal men who achieve than that which can be found in the acts of the demigods.

In the State of Texas there is a move to re-write American history for the public school system. The rewrite would be from the Christian Fundamentalist point of view. This rewrite of history brings Christ into Independence Hall to sit among those wrangling to come to agreement on the documents that would cement the shift of government for this colonial America from under the Monarchy of George III to a true Republic. The growing belief among these Fundamentalists is that the Declaration of Independence and the Constitution of the United States are documents inspired by God, and therefore should never be altered. They deserve the same respect and awe as the Christian Bible, and are just as sacred and infallible They must never be changed or updated and must always be viewed with the kind of reverence usually reserved by church members for the words of their God.

These same people are endowing the Founding Fathers with a Christian Perspective which they never possessed. There were Christians among them certainly, but Agnosticism and Atheism were also represented. There were a number of Humanists in that hall in Philadelphia. The principle movers were Deists. They held a belief in God, but not so much in any specific manifestation of the deity. It is extremely important that we focus on the fact that the Founders were human like you and me. These men were varied in their views on religion. They were motivated and moved by human emotions. Their virtues and flaws parried with one another and the virtues won. 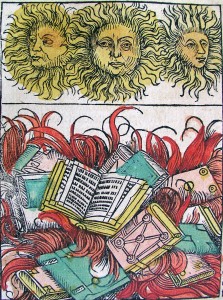 The struggle to make the Founders devout Christian is an attempt to foist the view that the United States of America is a Christian Country and that anyone who does not buy into the Fundamentalist Christian viewpoint is no more interloper. This is a bad reading of history and a huge disservice to the youngsters who might fall prey to the teachings of these fanatical Christians. If this move is successful in Texas, it could very well spread to the school systems throughout the South and the Midwest. The United States is in danger of losing its own history to those who would sacrifice it on the altar of Christian Theocracy.

“These Are The Times That Try Men’s Souls….” Indeed. We also live in such times. Too many no longer believe that the religion one practices, or indeed the lack of a religion does not diminish the value of any man or woman to this American society.

We look to our Congressional representatives and see an inability to get along, an inability to be civil, an inability to pass legislation. We see Senators and Representatives lacking in the intestinal fortitude, and speaking more plainly, lacking the gonads to stand on the side of the rights of the people instead of bowing to the moneyed interests that fight against any social legislation, or to the Conservatives who wear their Christianity like an arm band, blazing with their cynicism as they exert pressure to defeat legislation that would provide health care to even the poorest of the poor…. an action that seems at best selfish and very unchristian.

There is huge conflict, always present, that gets no better, and I remember the words of Abraham Lincoln in 1858 as he accepted the nomination as U. S. Senator from Illinois; “A house divided against itself cannot stand.” In too many ways, we are as divided as we have ever been. All too often, I find myself wondering if this Nation can endure…… if this Nation has the strength and the will to work for the common good, to put aside the greed and lust for power and replace it with the principles that would keep us on the course that was set for us by the “unvarnished” and real men who were the Founders.

By:The David – Our Founders were human like you and me. Their virtues and flaws parried with one another and the virtues won.